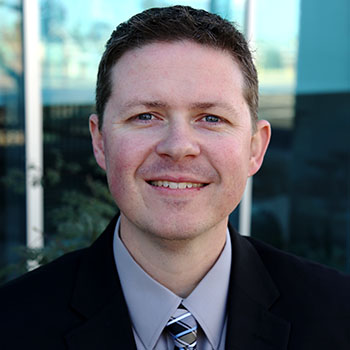 PHOENIX – Longtime Arizona journalist and editor Jim Small is joining the staff of the Arizona Center for Investigative Reporting as its incoming executive director and editor, where he’ll oversee the Center’s journalism and business operations starting in 2017.

Under his leadership, the Capitol Times was twice named the non-daily Newspaper of the Year by the Arizona Newspaper Association and became known for its sharp analysis of state politics and hard-nosed accountability journalism focused on data and public records.

Small begins work with AZCIR on Dec. 5, when he and current Executive Director and Editor Brandon Quester will work together through the end of 2016 to transition the Center under Jim’s leadership. Quester, a co-founder of AZCIR, has led the newsroom since 2012 and will continue serving on the Center’s board of directors.

“We’re thrilled and lucky to have such an experienced journalist and newsroom leader join AZCIR at a critically important time for our newsroom and state,” Quester said. “I look forward to working with Jim as we prepare for our fifth year of operation, building a comprehensive strategic plan to further AZCIR’s mission while building upon the momentum we’ve created in the past four years. His extensive experience and deep involvement within the Arizona journalism community are welcome assets for our newsroom.”

Small’s career in journalism spans more than a decade, and includes important accountability work through his coverage of the Arizona Legislature. He joined Arizona News Service in 2004 as the company’s reporter covering the Arizona House of Representatives. In that time, he covered daily action in the House, as well as the complex state budget process, education, immigration and corrections issues. He has won numerous state, regional and national awards for his reporting. Before coming to Arizona News Service, Jim covered city government, public safety and business issues for the Glendale Star and Peoria Times.

Small has also served on AZCIR’s Journalism Advisory Committee where he has been a key ally of the Center’s work, including several direct collaborations with the Arizona Capitol Times. In addition, Small is an active board member of the Arizona First Amendment Coalition and Arizona Press Club, where he’s helped advocate for openness in state government and excellence in our state’s journalism communities.

“I am excited to help lead AZCIR into its next chapter,” Small said. “Brandon has worked tirelessly to set the organization up for success, and I look forward to ensuring that the Center expands its role in the shifting media landscape and provides in-depth, independent reporting that serves the public interest.”