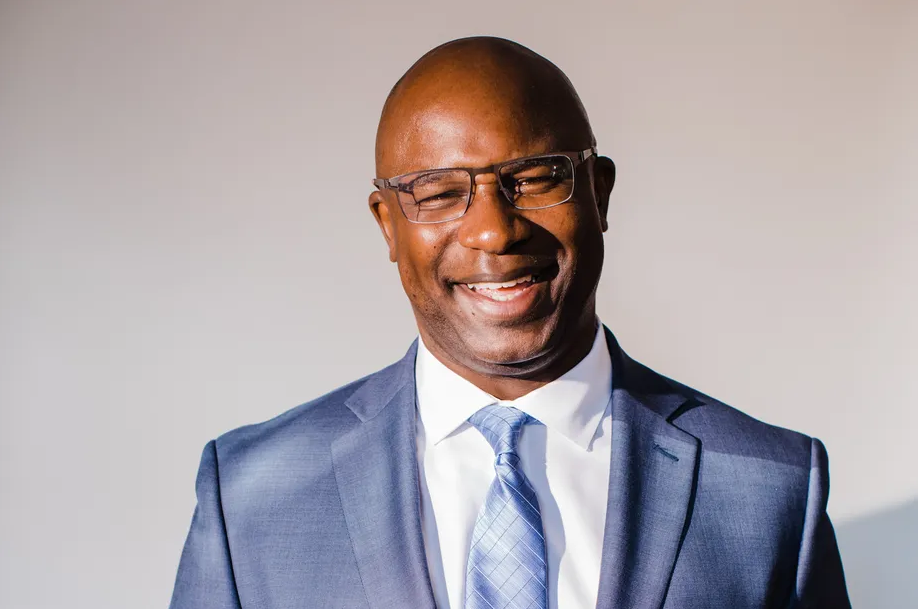 The $1.43 trillion package would create hundreds of billions of dollars in grants over 10 years that districts could use to do “green retrofits” of buildings — such as installing solar panels and getting rid of toxic substances — for the nation’s top third of highest-need schools, as measured by socioeconomic indicators. Other schools could also qualify for partial grants and low- or no-interest loans, according to a news release about the bill.

“Schools, as the heartbeat of our communities, can be the epicenter of clean, green, renewable sustainable energy, not only for themselves but for the extended, larger community,” Bowman, who aligns with a group of the most progressive federal Democratic lawmakers, told reporters outside of Sousa Junior High School in the Bronx.

Bowman’s package is meant to address “environmental justice, economic justice, and racial justice” by sending more resources to the highest needs schools, as well as teaching children about systemic problems. He said he wants students to understand the history of redlining, which blocked people of color from getting loans to buy property in certain neighborhoods, and why school buildings in low-income communities tend to be in more disrepair than those in more affluent neighborhoods.

Improving school buildings is a perennial issue, but it gained renewed attention during the pandemic when many districts scrambled to repair their ventilation systems as a way to protect against coronavirus transmission. In New York City, officials raced to fix faulty ventilation systems at buildings before they reopened for students this past year.

Bowman is hoping that his proposal, dubbed the Green New Deal for Public Schools, will be included in a broader infrastructure plan as the White House negotiates a new budget. With 22 co-sponsors and a price tag exceeding $1 trillion, it is an ambitious measure introduced by the freshman congressman. Bowman, who was the founding principal of Cornerstone Academy for Social Action in the Bronx before he ran for public office, gave a shout out to his Bronx and Queens colleague, Rep. Alexandria Ocasio-Cortez, who co-penned two years ago the Green New Deal, a resolution that maps out a larger plan to combat climate change.

Bowman noted long-standing building issues he experienced in his two decades as an educator and has heard about across the country, such as schools with non-operable or lead-laced drinking fountains and faulty ventilation or HVAC systems, as well as rodent-infested schools. He blamed those problems on “the historic neglect of resources that have not come from our federal government.”

New York City, which is home to the nation’s largest school system, has taken some steps to build greener school infrastructure, including a recent commitment toward a fully electric bus fleet by 2035. In February, Mayor Bill de Blasio announced the city would install solar panels on top of 47 public schools. The city’s roughly 1,600 schools that house nearly 1 million students contribute to one-third of the carbon emissions released by all city buildings, officials have said.

Bowman’s bill would allocate federal funds that would help the city do much more, according to Chancellor Meisha Porter.

“There’s no doubt that the new Green Deal for Public Schools will help New York City and districts across the country and will continue to ensure that New York City and New York City public schools chart the path forward for this nation to strengthen academics, build greener schools and combat climate change,” Porter said.

Major sections of the bill go beyond energy efficiency. Another $250 billion in block grants would go toward hiring more staff at high-need schools, which districts could use to hire and train more teachers, paraprofessionals, school psychologists, and counselors. This pot of money could also be used to design curriculum that’s “trauma-informed, culturally responsive, and restorative justice practices,” as well as to partner with community organizations who can offer more services to schools, such as after-school programming, according to a news release.

The city has taken some steps in this regard, as well. Officials recently announced a $200 million plan to bring culturally responsive English and math curriculum to all schools by the fall of 2023. (Schools would be required to use the curriculum unless they get a waiver to use existing courses of study.)

The largest chunk of Bowman’s bill — nearly $700 billion — would go toward boosting Title 1 funding, which goes toward schools with high shares of students in poverty, and toward services for students with disabilities.

The bill’s impact on saving energy could be significant for New York City, if passed, said Jeff Vockrodt, executive Director of Climate Jobs New York, a coalition of city labor unions advocating for more climate-friendly infrastructure. The city could save $70 million in energy costs annually if energy efficiency was improved by just 25% across all schools, according to a campaign the group launched to push for clean-energy schools. The organization recently wrote a letter highlighting their findings to New York’s federal leaders, urging them to build greener schools.

“Just here in New York City, we can have the impact of the equivalent of planting 400,000 trees — that impact on emissions,” Vockrodt said during Bowman’s press conference. “We can create thousands of good union jobs [and] we can address a lot of long-standing facilities issues in schools.”