Please ensure Javascript is enabled for purposes of website accessibility Advocates back Gov. Greg Abbott's call for greater oversight at migrant shelters. But they question his timing and motivations. - Mid Year Media Review
Skip to content 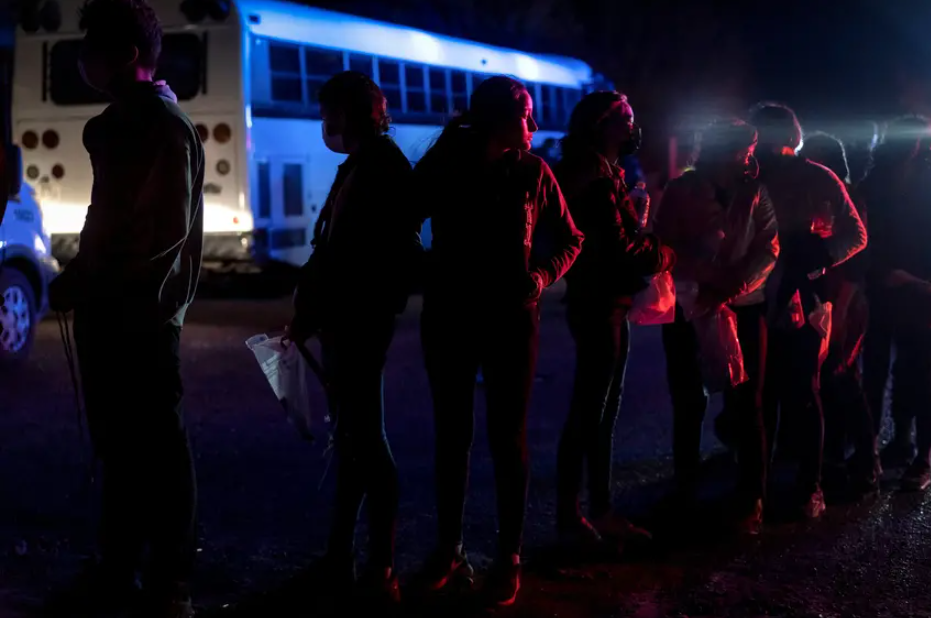 After Gov. Greg Abbott gave a fiery press conference outside a shelter for unaccompanied migrant children in San Antonio on Wednesday, advocacy groups said they supported his general message.

The Republican governor had called for more oversight and an immediate investigation into reports the state had received of sexual abuse inside the facility holding more than 1,300 children.

But some who have demanded improved conditions in such facilities for years said they couldn’t help but question the governor’s timing and motivations. Abbott largely remained silent despite reports of widespread abuse in migrant shelters during former President Donald Trump’s administration. And while he has pledged to reform a handful of state agencies with long histories of abuse, problems continue to dog the agencies he oversees.

Now that he’s speaking out in the early days of a Democratic presidency, some said they couldn’t help but view his comments through a political lens.

“Gov. Greg Abbott has zero credibility on this or any other issue related to protecting human life,” said U.S. Rep. Veronica Escobar, D-El Paso, at a press conference on Thursday. “We saw Gov. Abbott’s failure to protect his own citizens during the freeze. We saw Gov. Abbott play politics with COVID.”

At the press conference Wednesday evening, Abbott said complaints about sexual assault at the Freeman Expo Center in San Antonio were reported early Wednesday to the Texas Department of Family and Protective Services and to the Texas Health and Human Services Commission. The governor said he did not know the identities of those who alleged assault, nor could he provide many details about the accusations. He said he was concerned more than one child may have been assaulted. He also said that the Texas Department of Public Safety will investigate the allegations.

But he was clear about who he felt deserved the blame: the Biden administration.

“In short, this facility is a health and safety nightmare,” Abbott told reporters Wednesday. “The Biden administration is now presiding over the abuse of children.”

“Unaccompanied children that arrive at our border have already endured dangerous conditions at home and a treacherous journey to get here,” Cornyn said in a statement. “The fact that any child would experience abuse in the care of the U.S. government is despicable.”

Abbott and many other Texas Republicans have repeatedly criticized the Biden administration as it struggles to address an increase in migrants being apprehended near the U.S.-Mexico border. Almost all single adults are being immediately expelled under a pandemic health order issued by Trump that Biden has kept in place, although the current administration is allowing in unaccompanied minors and some families to await their immigration court hearings in the U.S. But Democrats are also loudly questioning where the compassion was less than two years ago under Trump’s watch, when apprehensions hit near-record figures despite his crackdown on the border.

And while the allegations of abuse Abbott highlighted were disturbing, they were by no means rare. Thousands of accusations of harassment and sexual abuse have been leveled against government-run migrant shelters in recent years. From 2014 to 2018 — a time that included the Obama and Trump administrations — the Office of Refugee Resettlement, a division of HHS, received more than 4,500 complaints, including instances of inappropriate touching, staff members watching minors bathe and showing children pornography.

After Wednesday’s news conference, Abbott toured the facility. Renae Eze, an Abbott spokesperson, accused the Biden administration of “[rolling] out the red carpet for what turned out to be a dog and pony show.” She said in a statement that staff at the facility provided no information about the allegations of abuse and “abruptly cut off a doctor” who began to provide information about children with COVID-19.

“Because the Biden Administration has failed these children, the state of Texas is taking action,” Eze continued. “Texas Rangers and DPS have begun their investigation into the very serious complaints about the treatment of these unaccompanied minors and will not stop until they’ve uncovered the real truth and these children are safe.”

Rebeca Clay-Flores, a Democratic Bexar County commissioner, said she accompanied Abbott on the tour of the facility. She pushed back on Abbott’s characterization of the shelter and said that the children are happy and the facility is well-staffed. Abbott on Wednesday claimed that children were not being fed, but Clay-Flores said that the federal government has contracted with three catering companies to provide three meals and two snacks a day. She called the announcement of the abuse allegations “really great political timing.”

An HHS spokesperson in a statement declined to comment on specific allegations, but said the Office of Refugee Resettlement “has a zero-tolerance policy for all forms of sexual abuse, sexual harassment, and inappropriate sexual behavior at all [unaccompanied child] care provider facilities and acts quickly to address any alleged violations of policy, including initiating employee disciplinary action, termination, or reporting to appropriate investigative entities, such as law enforcement agencies and relevant licensing bodies.”

The Freeman Expo Center housed 1,370 unaccompanied teens as of Monday, KSAT-TV reported. It has the capacity to hold up to 2,500 children, according to HHS.

Escobar told reporters at a news conference Thursday that “any allegation around children always should be taken seriously and should be thoroughly investigated.” But advocacy groups shared her skepticism about what Abbott was trying to accomplish.

Jonathan Ryan, CEO of RAICES, a nonprofit that provides legal services to immigrants, said in a statement that “the only reason why Abbott is now acting like he cares about the children in these facilities is for political reasons.” Still, he doubled down on calls for increased oversight of child detention facilities.

“What the governor wants is for the Biden administration to stop allowing children to seek home and safety in this country,” Ryan said. “That is not the solution to the challenge we have in front of us. We must ensure the children are released as soon as possible and be reunited with their families in the U.S.”

Edna Yang, co-executive director of the nonprofit immigrant legal services provider American Gateways, told the Tribune that all allegations of abuse should be investigated. She declined to speculate on the motivations behind Abbott’s announcement, but said that if the governor and other state leaders are truly concerned about the wellbeing of immigrants, “there are definitely things that our state leaders can do to protect immigrants now who are suffering in our state.”

Yang pointed to a Texas House bill that would allow undocumented immigrants to obtain driver licenses. The bill has not yet received a committee hearing.

“There are lots of things like that that can be done to actually protect immigrants here and ensure that their rights aren’t being violated,” Yang said.

Meanwhile, advocates for children have long called for more actions to prevent the abuse of children in the care of the state. Texas Appleseed and Disability Rights Texas, two justice and legal organizations, in October filed a complaint with the U.S. Department of Justice against the Texas Juvenile Justice Department that alleged “grievous violations of children’s constitutional rights.”

The problems at the agency predate Abbott’s tenure as governor. The agency has undergone a series of major reforms that successfully shrank the number of kids in the state’s lockups and led to the closure of seven facilities. But the complaint alleged widespread sexual assault at the remaining facilities.

“How many years is it going to take until we’re going to realize that we need to throw everything out and start over?” Brett Merfish, director of youth justice at Texas Appleseed, said.

In addition, the embattled Texas Department of Family and Protective Services has struggled to implement a long list of court ordered reforms that stem from a decadelong lawsuit over abuse and neglect in the state’s foster care system. In 2017, Abbott signed a bill to overhaul the foster care system. Still, problems have persisted.

In February, the federal judge overseeing the case again chided state officials for failing to take sufficient corrective action. That same month, Abbott promised to do “exactly” what the judge ordered to fix the situation.

Earlier this year, the state had a backlog of more than 400 investigations into reports of abuse open for longer than 30 days. Only 38 had valid extensions.

“We should all be working together on this, and in that spirit, I’m going to tell you that this is not compliance,” U.S. District Judge Janis Jack said in a February hearing.

This article was originally posted on Advocates back Gov. Greg Abbott’s call for greater oversight at migrant shelters. But they question his timing and motivations.