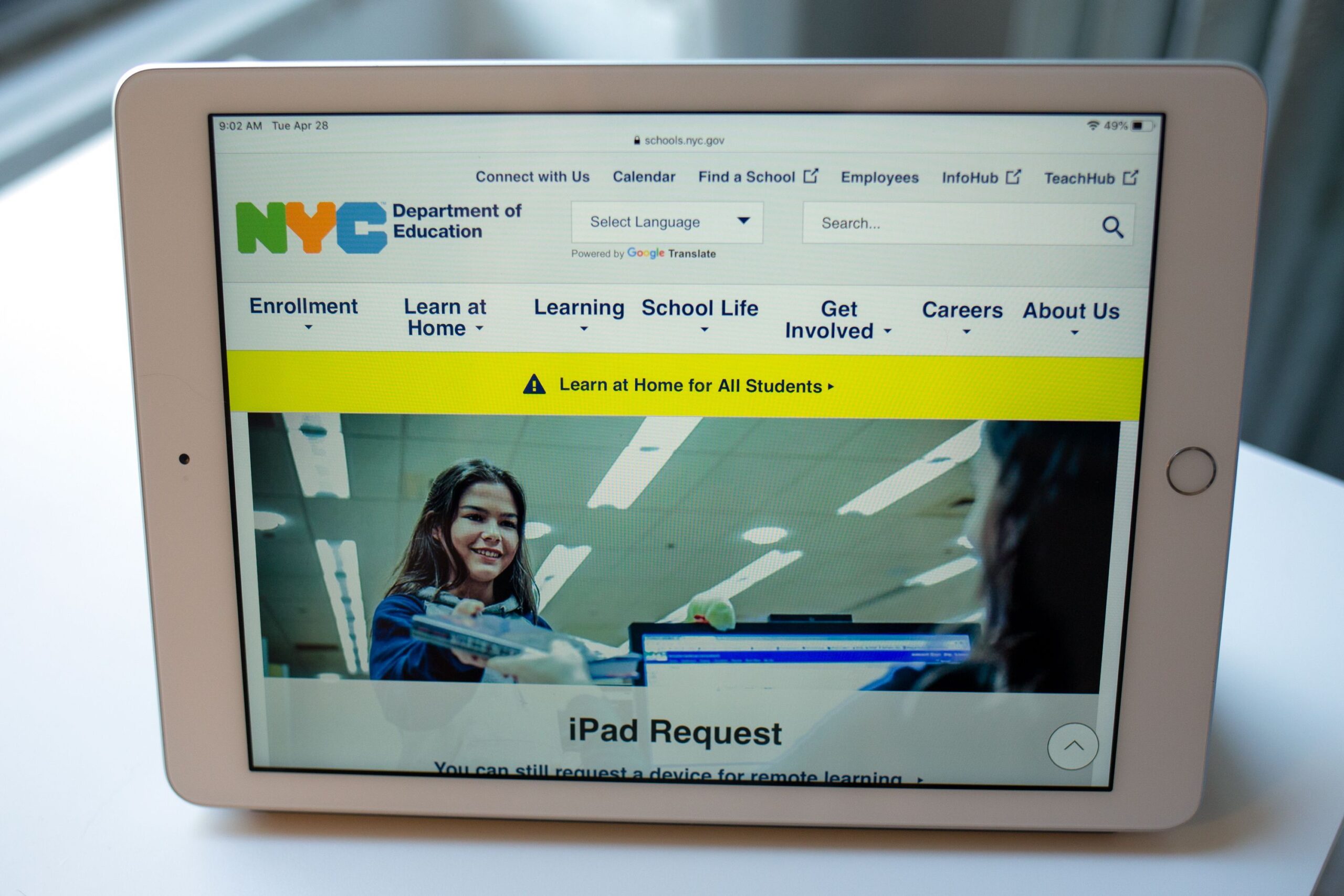 All families with children in New York City public schools are eligible for discounted internet and devices thanks to a temporary federal program, yet only a fraction of eligible households appear to have signed up for the six-month-old program.

Education department officials are trying to spread the word about the program, through which families can receive up to a $50 monthly discount on broadband service and equipment. Households can also receive a one-time discount of up to $100 on a laptop, tablet or desktop computer.

The discount is part of the federal government’s $3.2 billion temporary Emergency Broadband Benefit Program, which launched in May as part of the response to COVID’s public health crisis. The city’s education department promoted the program in a recent issue of its family-facing blog.

The program will last “when the fund runs out of money” or six months after the U.S. Department of Health and Human Services declares an end to the pandemic — whichever happens first, according to the program’s website.

Nearly one-fifth of New York City students lack home and mobile broadband services, and 40% of students have only one or the other, according to the De Blasio administration’s internet master plan released last year.

Any families with children in schools offering free meals through the U.S. Department of Agriculture’s Community Eligibility Provision can sign up for this program — meaning it’s available to all students enrolled in New York City’s public schools, according to a spokesperson for the city’s education department.

Families also qualify for several other reasons, including if they receive certain benefits, such as SNAP, or lost work last year and had a total household income in 2020 of $99,000 for single tax filers or $198,000 for joint filers.

Nearly 6.6 million households across the country have enrolled in the program, including more than 433,000 households across New York state, according to data compiled by the Federal Communications Commission as of Oct. 18.

While that places New York fourth in terms of participants, behind Florida, Texas and California, it still appears to be far short of the number of families eligible for benefits.

For example, as of July, 1.6 million households in New York were receiving SNAP benefits and thus eligible for this internet program. Federal officials did not have citywide program enrollment numbers data available.

While New York City’s public schools are open for full-time, in-person learning, students may still have to rely on virtual learning if they’re quarantined because they test positive for COVID or are considered a close contact of an infected person.

Officials spent $257 million on 511,000 internet-enabled iPads that were purchased from the 2019-2020 school year through last school year, plus $4 million a month for data plans, according to an audit by Comptroller Scott Stringer.

In the spring, Mayor Bill de Blasio announced he was seeking proposals from internet and telecommunications companies to create and manage new, open-access fiber cable networks, with the ultimate goal of expanding low-cost broadband service.

He pledged to commit $157 million in capital dollars to the project targeting more than 30 high-need neighborhoods across all five boroughs that were hardest hit by the coronavirus pandemic and also lack enough broadband infrastructure.

Officials expected the first round of contracts to be issued by November.