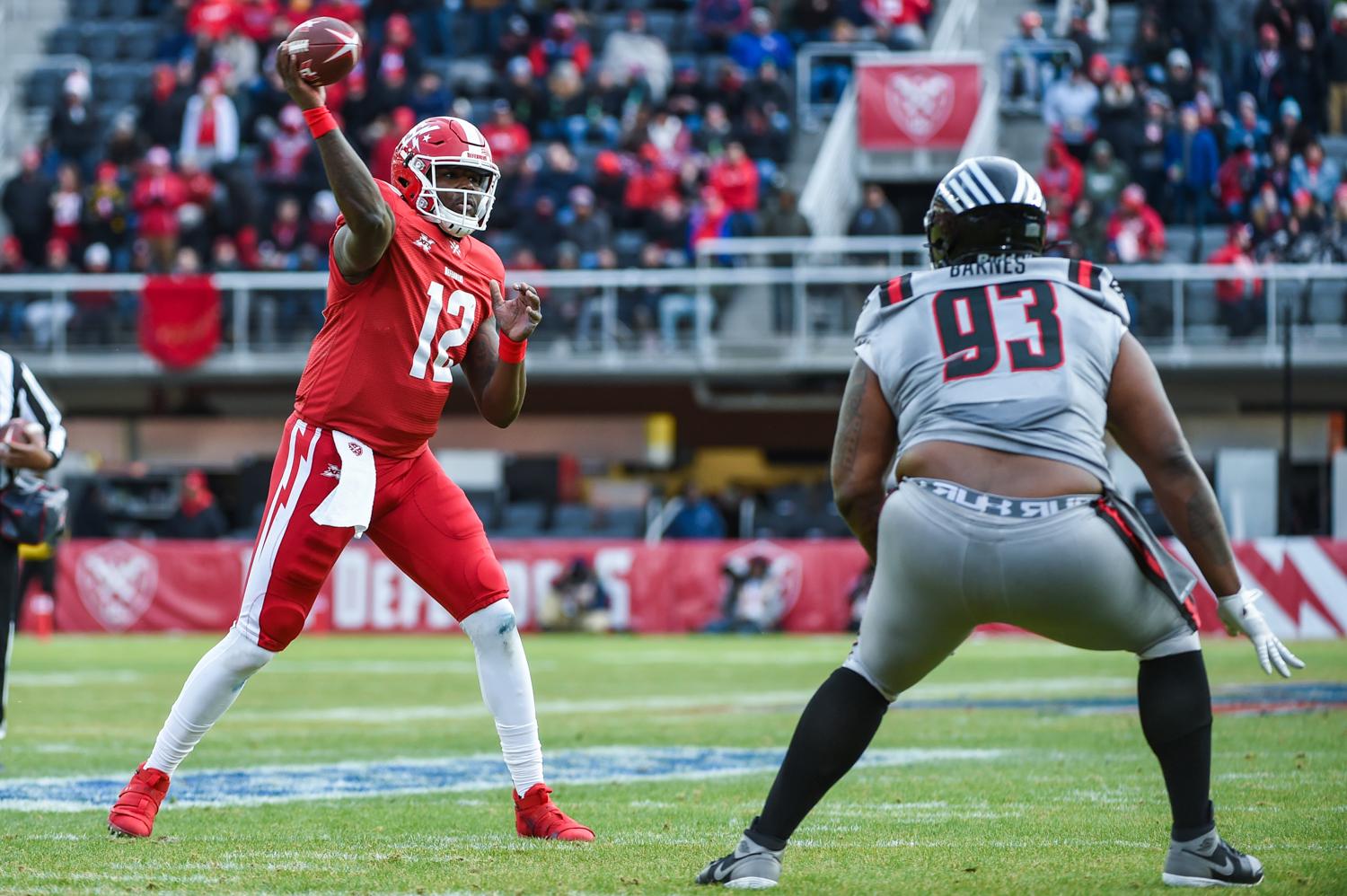 In recent news, Dwayne “The Rock” Johnson purchased the XFL. Having The Rock as the new co-owner of the league can put viewers on notice. As a top celebrity appearing in action movies, he can make a difference in how well the league performs.

How it All Started

In early February, The XFL started their official season. The XFL has more of a higher paced style of football compared to the NFL.

The “football league launched by WWE CEO Vince McMahon…This is McMahon’s second attempt to fill a perceived football void in the months following the Super Bowl,” according to Les Carpenter of the Washington Post.

Vince McMahon has a considerable influence on the professional sports world. He has successfully turned World Wrestling Entertainment, also known as WWE, into a global phenomenon, which is still prominent on television today.

McMahon has tried to jumpstart the XFL in the past. He did so before in 2001, “believing the NFL had become too dull. Poor attendance and television ratings forced the league to shut down after one season,” as reported by Les Carpenter of the Washington Post.

Even with McMahon’s apparent success being inn charge fo the WWE, he struggled to get the XFL going. As a big game-changer for the top wrestling organization, he tried to change another big-time sport and struggled tremendously.

With the XFL struggling in finances and an impact by a worldwide pandemic, former WWE wrestler and prominent movie star, Dwayne “The Rock” “Johnson team[ed] up with his ex-wife and a top sports management company [and bought] the bankrupt XFL football league for $15 million,” according to the New York Post.

With his powerful influence, the XFL can take to new heights. With a massive social media following of 199 million followers on Instagram, he can point his audience in the direction to tune into XFL games.

Along with his popularity on social media, The Rock has had recent success with his workout apparel and equipment, Project Rock. Sponsored by Under Armour, Project Rock has made tremendous strides within the fitness industry.

Seven months ago, The Rock announced “that Project Rock’s Under Armour’s top-selling brand in the world, in shoes as well in apparel,” according to his Facebook video.

When The Rock introduces a new line with his brand, it sells very quickly and even sells out. His clothing line’s goal is to encourage people to “put in the work…and how that momentum helps people push themselves to be better than what they thought possible, as stated in his Through The Work Collection Bio.

The Rock promotes his line on his social media accounts and sends complimentary messages while answering his Q and A’s. He often uses words of encouragement to push his fans and followers in the right direction of success.

By purchasing the XFL, The Rock can revive the status of the league and one day make it big as the NFL or any other professional sports leagues.

Different than the NFL, the “XFL is divided into two four-team divisions: East and West,” according to its About Page.

With only eight teams, there are fewer games to watch compared to the NFL season. Nevertheless, even with fewer games, The XFL states that “every XFL game – will air live on national television thanks to our world-class partners: ABC, ESPN, and FOX Sports.”

For the average football fan, this means that they can tune into any XFL game on any weekend in-season, in case they want to take a break from the NFL. With the XFL being on prime-time sports channels, viewership can increase just by having a football league that is different from usual.

The XFL has also tried to change its rules to create a faster play on the gridiron. One of the most significant changes the rulebook includes is a “Double Forward Pass“ which is “if a team completes a forward pass behind the line of scrimmage, that team may throw a second forward pass, as long as the ball has at no time crossed the line of scrimmage.” These rules are different from the NFL, where “The NFL and College only allow only one forward pass per play.”

New rules make the games more exciting to watch because a quarterback can throw it backward five yards to a receiver, then the receiver could throw the ball again down the field to another offensive player.

More and more trick plays make the offense more versatile. The best part is that trick plays are exciting, and they engage the audience much more than a basic play with one forward pass.

Onto the league’s results, the XFL produced some players that have made the most of their opportunity in this new league.

Within the first five games played, the Houston Roughnecks were undefeated with a5-0 record. Led by PJ Walker,

The “former NFL practice squad member, became a force to be reckoned with in the XFL. He finished as the leader in passing yards (1,338), passing touchdowns (15) and completions (119) while finishing third in yards per attempt (7.3) and adding a rushing score,”

According to the XFL.

Walker has been able to ignite the offensive with his arm and with his legs. With these stats through five games, he has attracted some NFL interest by signing with the Carolina Panthers. This league can put players on notice and can even boost viewership for the NFL.

If the pandemic slows down, then there can be a second XFL season in early 2021. Even with COVID-19 and bankruptcy issues, the XFL might be able to flourish very soon. With The Rock’s new ownership of the league and his larger than life presence, the XFL can only go in the direction of up since hitting “rock bottom.”