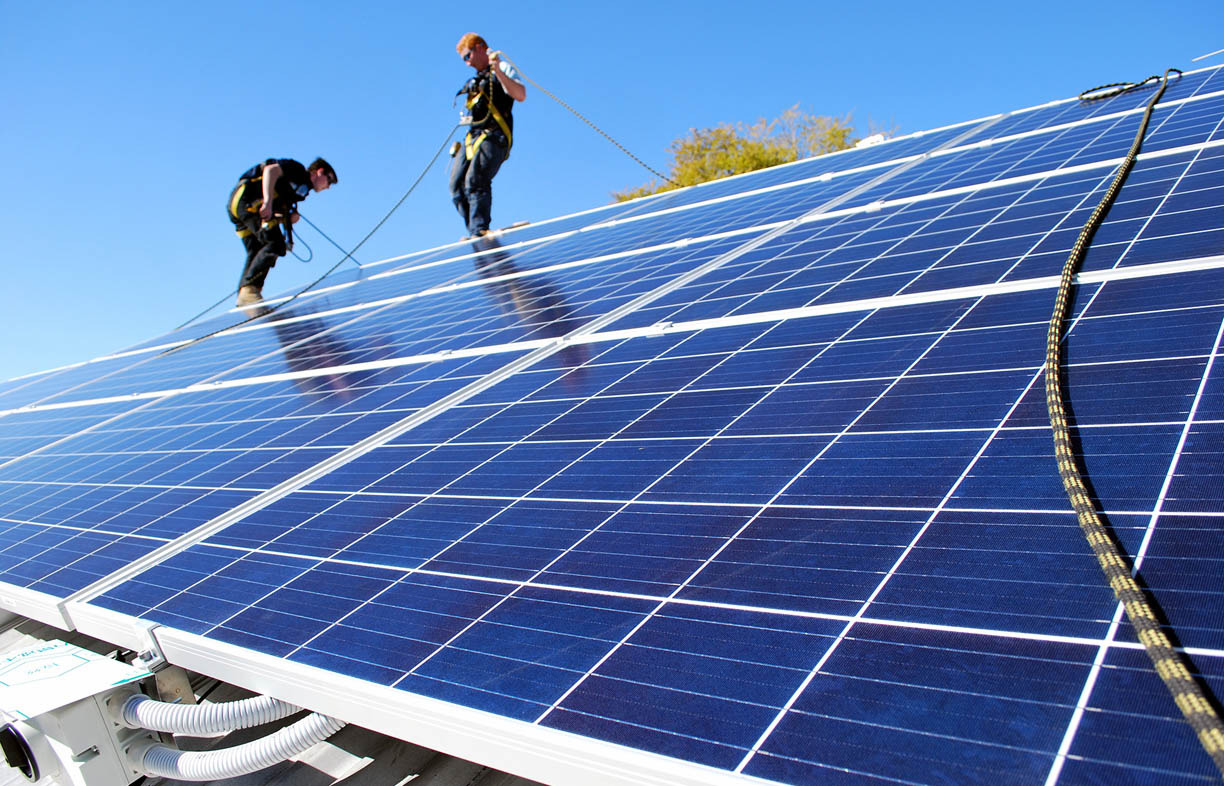 A bill that would allow communities to subscribe to local solar facilities passed the Senate floor Thursday.

SB 84, sponsored by Democratic Senators Liz Stefanics of Cerrillos and Linda Lopez of Albuquerque, would direct the Public Regulation Commission to evaluate existing community solar programs and develop and adopt rules for a program in New Mexico by April 2022. Each project would be limited to producing 5 megawatts of electricity each year, and facilities would be limited to generating 100 megawatts per year, which Lopez said is about 1 percent of the total annual electricity generation in the state.

Each project would require an anchor tenant that would subscribe to no more than 40 percent of the project’s electricity capacity, and each project would need at least 10 subscribers before construction can begin. Lopez said the bill targets low income participation.

“Community solar is favorable to low income participants, because it typically offers them savings, no upfront costs, and no penalty to cancel the subscription to a community solar facility,” Lopez said. “Thirty percent of the annual program capacity is reserved for low income customers and low income service organizations, and the PRC will issue guidelines to ensure the low income carve out is achieved each year.”

Lopez also highlighted the economic benefits of community solar. She pointed to a UNM Bureau of Business and Economic Research study that estimated community solar could deliver some $517 million in economic benefits and would generate $2.9 million in tax revenue for the state. The program could also create more than 3,000 new jobs across sectors in the next five years, she said.

Sen. Daniel Ivey Soto and Sen. Katy Duhigg, both Democrats from Albuquerque, provided an amendment to the bill that tightened up some of the language.

“Community solar is an important concept, it’s been brought before this legislature several times,” Ivey-Soto said. “What Senator Duhigg and I have worked to do with these amendments, is to align the bill with what is being discussed with regard to community solar, ensuring that it remains community and its nature, and that there is accountability,” he said.

A few Senators raised concerns about the reliability of solar projects and pointed to the recent power outages in Texas. Stefanics emphasized that renewable energy was not the cause of the rolling blackouts in Texas.

“They may not have contributed to the problem that they did not contribute to the solution, either,” said Republican Sen. Gay Kernan of Hobbs.

“We’re going to experience these [storms] and maybe it’s a trial and error and maybe it’s just a system but we need that backup power across the nation, whatever it is,” said Sen. George Muñoz, D-Gallup.

“The CEO tells me that Kit Carson Co-op, by December of 2021, will be completely using solar for all 30,000 members during the daytime,” Gonzalez said. “And he was informing me that today they have signed two large contracts — this will probably be one of the first in the state — we will have two big charging battery systems. So it does work. I support the legislation, and I think this is just one of those big steps for New Mexico, being that we’re one of the states that can take advantage of so much of the solar.”

The bill ultimately passed the floor 27-14, with every Republican voting against it. It heads to the House next.