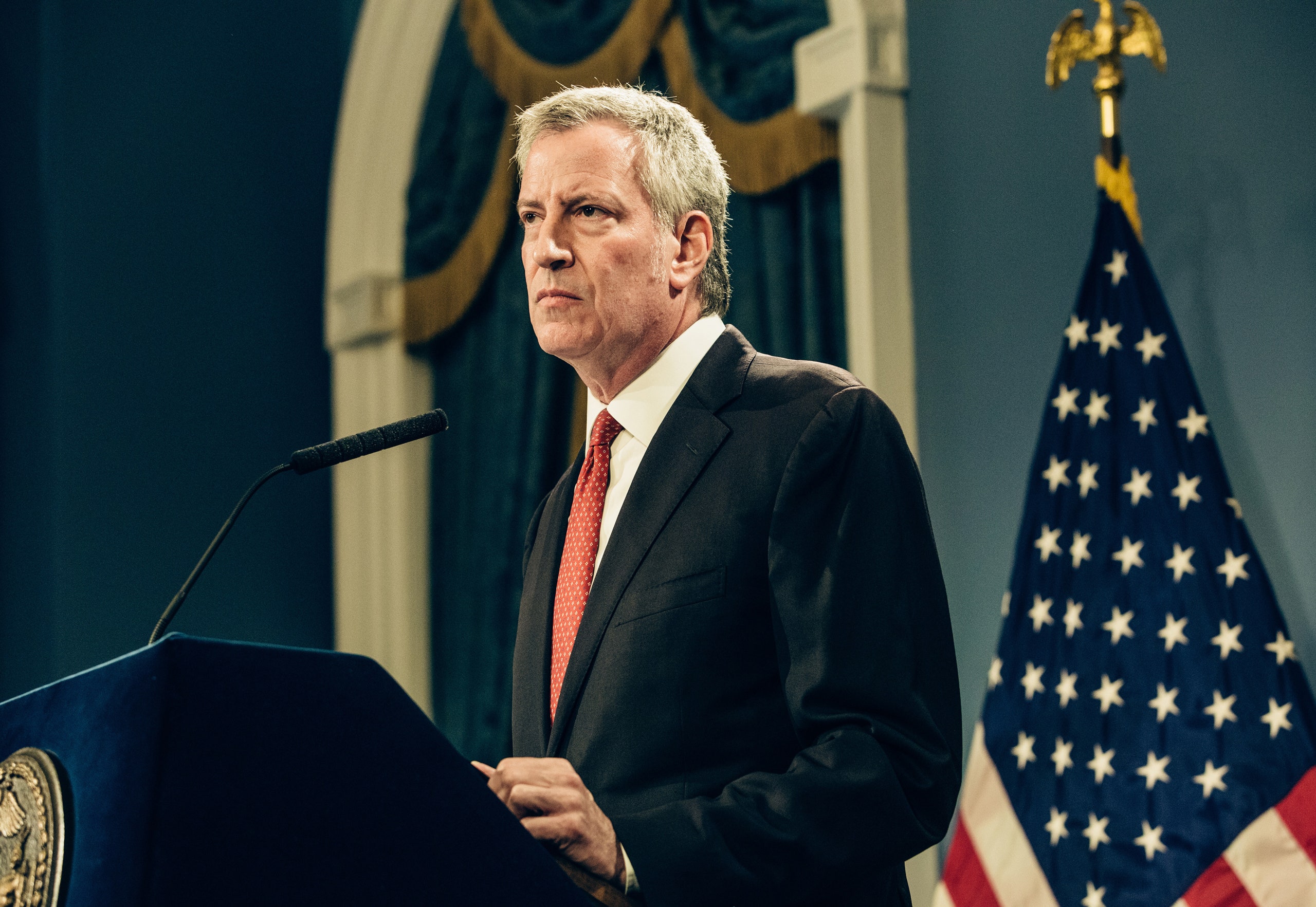 Despite the infusion of $15 billion in federal aid, the budget plan Mayor Bill de Blasio released Monday could leave his successor with about the same amount — $15 billion — in spending gaps to close in their first term.

The mayor’s record nearly $100 billion budget, a record level of city spending, is also based on a rapid acceleration in the city’s economy from the pandemic downturn that is far more optimistic than many economists outside the administration expect.

Fiscal experts, as well as the state comptroller and at least one mayoral candidate — Andrew Yang — were critical of the final budget proposal of de Blasio’s tenure.

“An onslaught of funding allows the city to do many, many things,” said Andrew Rein, head of the nonprofit Citizens Budget Commission. “It is sufficient to fund essential needs, support the recovery and stabilize the city’s finances in the long run.”

De Blasio, he added, “failed to take the opportunity to stabilize the finances.”

The mayor insisted that he only did what was required to help the city recover from the coronavirus pandemic and the historic economic recession it caused.

“Right now we have to bring back the city this year. It is not optional,” he said Monday. “This is the recovery moment. If we do everything we are capable of doing this will attract jobs, businesses, tourists you name it.”

He argued his new budget would help to deal with future budget gaps.

“More and more of this [investment] leads to more revenue, sustainable revenue,” he said when pressed about the budget gaps.

In releasing his executive budget Monday, an ebullient mayor detailed a long list of  programs that would receive financial infusions.

More than $2 billion for education including money to equalize funding between schools — providing universal Pre-K by 2023, academic support to make up ground students have lost in the pandemic, technology support, special education assistance and a robust summer learning program.

The mayor also committed more than $100 million to mental health programs, almost $200 million to assist small businesses and $300 million to clean up the city.

De Blasio’s proposal, which is subject to negotiations with the City Council, looks to spend $98.6 billion for the fiscal year that begins July 1. It is just over $6 billion more than he outlined in his preliminary budget in January.

Since then, the city has been guaranteed $6 billion in direct local aid from the feds, along with $7 billion in education assistance. An increase in reimbursement for direct pandemic expenses and money for the vaccine rollout adds another $2 billion in federal funds, the CBC estimates.

An increase in state education aid under the new budget adds another $1 billion to what the city can count on.

The mayor said he will spread the federal aid over three years, although documents released Monday do not make clear exactly what will be spent when.

It is also not possible to separate short-term programs designed to spur the recovery and long-term commitments that will need to be funded after the federal aid is used up.

The figure is misleadingly low, Rein contends, since it is based on $1 billion in permanent yearly labor savings the mayor has previously committed to but failed to win.

Altogether that’s $15 billion of missing money over the next three fiscal years.

“Despite historic federal relief, the plan would still leave the city with significant budget gaps in fiscal year 2023 through fiscal year 2025 and creates out-year risks by increasing baseline spending and using some federal aid for recurring operational costs, particularly for education,” he said in a statement.

City Comptroller Scott Stringer, who is vying to succeed de Blasio, issued a statement praising the money added to the budget for schools and other needs. But he noted the need for balanced budgets and he said he would review the plan.

At least one other mayoral candidate took aim at the deficits.

“Just a few weeks ago I stood in front of City Hall and called on the mayor to preserve more federal funding for the next administration,” said Andrew Yang in a statement. “Our city is facing a yearslong recovery and we should be making decisions now to account for that.”

‘We Will See Growth’

The city had a record 4.7 million jobs just before the pandemic hit last March.

“There is enormous movement in the economy around the country and especially here,” de Blasio insisted. “There are more jobs in hospitality and over time we will see growth in the tech sector and life sciences.”

In February, the Independent Budget Office put the estimated gain for the year at 152,000 jobs. Economist James Parrott of the New School believes a total increase of 400,000 for the year is possible, but still well below the mayor’s projection.

“The city projects employment growth to double from January projections and reach 4.5 million jobs, but the timing of the return of real estate values, commuters and tourists leave forecasts uncertain,” he said.