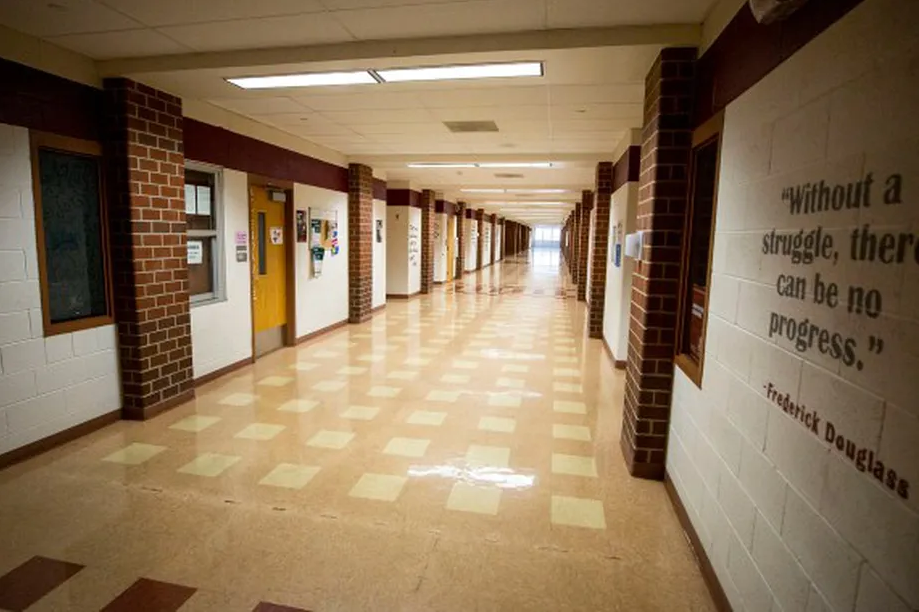 After removing police officers from its schools over the past year, Denver Public Schools has increased its own armed patrol unit and is in talks with the city about allowing those officers to issue tickets to students for violations like marijuana possession and fighting.

While the district believes the arrangement furthers its goal of reducing student interactions with police, some advocates see it as a bait-and-switch. Denver Public Schools will no longer have 18 Denver police officers stationed inside schools issuing tickets, but if the arrangement is finalized, the district’s expanded mobile force of 25 armed patrol officers would now have that authority.

The arrangement would allow the district’s armed patrol officers, who are not sworn police, to ticket students for as many as 15 municipal code violations (see sidebar), according to a draft agreement provided to Chalkbeat. Those types of violations accounted for at least 80% of the tickets or arrests of Denver students in the 2019-20 school year, state data shows.

The school district is working with the Denver Department of Public Safety and the Denver City Attorney’s Office to solidify the arrangement. The district hopes it will be finalized in the next few weeks, said Mike Eaton, the Denver Public Schools’ interim deputy chief operating officer. District officers would have to undergo training before they could issue tickets, according to the agreement.

In a statement, Eaton described the arrangement as a way to “utilize our discretion.”

“The authority [to issue tickets] will allow DPS to ensure that any ticketing that does still occur is consistent with the district’s goal to drastically decrease ticketing for our students, particularly for our students of color,” Eaton said.

Black students in Denver are disproportionately ticketed or arrested at school, data shows. In 2018-19, the last pre-pandemic school year, Black students made up 13% of the Denver student population, but 25% of the tickets and arrests, according to data published by the state criminal justice and education departments.

Under this new arrangement, a district officer called to respond to a student in possession of drugs could choose to dispose of the drugs and not issue a ticket, Eaton said.

But some advocates see the new arrangement differently. Padres & Jóvenes Unidos, which has long advocated to end the school-to-prison pipeline, says it runs contrary to the resolution the Denver school board passed last summer to remove police from schools.

“It’s like there is a contradiction when DPS says we want to uplift and nurture our children because this is pretty much a loophole,” Bañuelos said.

Because of the resolution, no Denver school has a police officer on campus this fall. The 18 school resource officers who previously served at some middle and high schools were phased out over the past school year, which was mostly online because of COVID-19.

But the resolution says that a “consistent presence of security armed with guns” should not replace the police. And, it directs the district to collaborate with parents, teachers, and others to draft a new policy that ensures students will no longer be ticketed or arrested at school unless there’s no other way to address “imminent threats of serious harm.”

The school board has not yet passed such a policy. Eaton said this new arrangement would allow district officers to work with school leaders to refer students to school discipline processes before issuing a ticket. He said that the school safety department “shares the district’s commitment to restorative approaches and will be intentional about reducing the school-to-prison pipeline.” Restorative approaches, which help students repair the harm they caused rather than punish them for it, are an alternative to harsh discipline.

As the district is finalizing its new ticketing authority, it has increased the size of the armed patrol unit that will issue the tickets by 25%, from 20 to 25 officers, according to Melissa Craven, the district’s interim deputy chief of support services. The armed officers are not stationed in schools. Rather, they are mobile and respond to calls.

Some Denver principals, including those who had police stationed in their buildings, opposed their removal. Eaton told the school board in June that the increase in armed district officers is a proactive measure to “ensure that our school leaders and our school communities have a resource they can call that is internal to DPS versus always relying upon the police department.”

Student interactions with police can be traumatizing, according to students and their families who’ve experienced it. An 11-year-old Denver boy who has had more than 30 interactions with armed officers at schools told Chalkbeat this summer that he’s had nightmares — sometimes more than once a night — about the police coming to his house and harming him and his mother.

Denver school board members who wrote the police removal resolution cited the disproportion of Black students funneled into the criminal justice system at school. The board unanimously passed the resolution two weeks after George Floyd, an unarmed Black man, was murdered by a white police officer in Minneapolis, sparking nationwide protests.