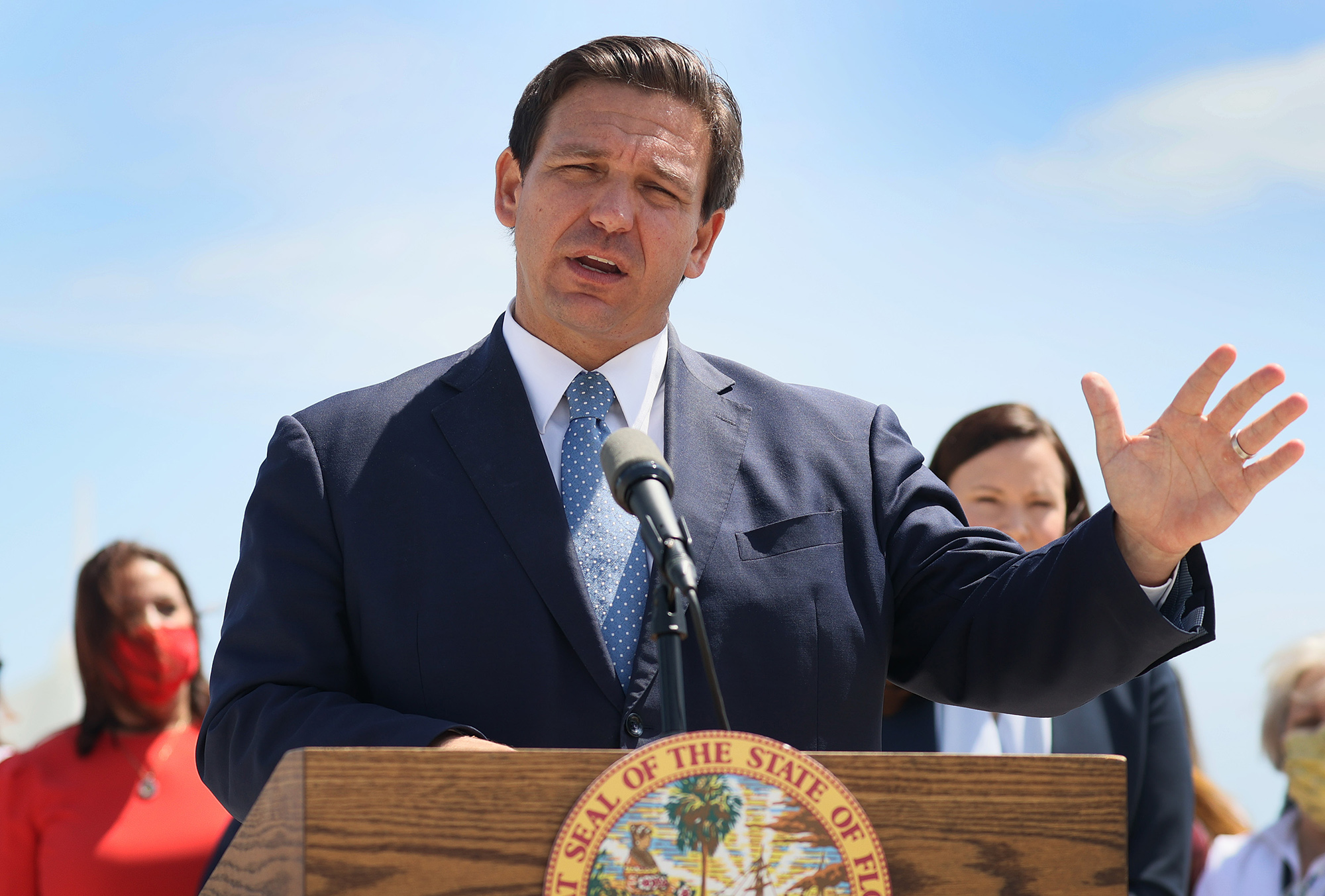 “Attorney General Garland is weaponizing the DOJ by using the FBI to pursue concerned parents and silence them through intimidation,” DeSantis tweeted Tuesday. “Florida will defend the free speech rights of its citizens and will not allow federal agents to squelch dissent.”

The order, issued Monday by U.S. Attorney General Merrick Garland, was in response to a call by the National School Boards Association (NSBA) for federal action in addressing threats of violence against, and harassment of, school board members, administrators and teachers since the COVID-19 pandemic turned school districts in many states – including Florida – into battlegrounds over mask mandates and other pandemic protocols.

School boards, administrators and educators are under “immediate threat” in dealing with the pandemic and contrived backlash over the “false inclusion” of critical race theory into curriculum, NSBA warned in a Sept. 29 letter to President Joe Biden.

In a Monday memorandum to FBI Director Christopher Wray and federal prosecutors, Garland said he will meet with federal, state and local leaders to discuss strategies within the next 30 days and that the DOJ will create a training guide “to help school board members understand, report and preserve evidence of a threat.”

“Threats against public servants are not only illegal, they run counter to our nation’s core values,” Garland wrote. “Those who dedicate their time and energy to ensuring that our children receive a proper education in a safe environment deserve to be able to do their work without fear for their safety.”

Federal agencies will also roll out a “series of additional efforts,” including a federal task force, in the coming days, Garland said.

In a Tuesday statement to Fox News, DeSantis Press Secretary Christina Pushaw said it is uncertain how DeSantis will challenge Garland’s order in defense of “free speech rights,” other than monitoring its implementation to “protect the rights of Floridians from government overreach and the inappropriate politicization of federal law enforcement.”

While the governor is squarely in parents’ corner, all parents aren’t in the same corner when it comes to mask mandates and other enforced protocols. DeSantis maintains parental choice is paramount, regardless of what that choice is.

“Several Florida school board members, including Democrats and Republicans, have reported receiving threats and harassment from activists on both ends of the political spectrum,” Pushaw said. “This is wrong, and anyone who is a victim of a crime should report it to their local police department. Florida law enforcement is perfectly capable of responding to crimes in Florida, and we have never heard the FBI suggest otherwise.

“However,” she continued, “disagreement is not harassment. Protest is not terrorism, unless it involves rioting, looting and assault, like some of the left-wing protests of summer 2020. Again, all of those actions are crimes in Florida and will be prosecuted, regardless of political context. Gov. DeSantis condemns any attempt by the federal government to silence free speech. It is despicable and anti-American.”

Florida Agriculture Commissioner Nikki Fried, the state’s only statewide elected Democrat and a contender for the party’s nod to challenge DeSantis in 2024, said Floridians are tired of being “embarrassed” by their governor.

“Attorney General Garland is using law and order to protect children, parents, and teachers from crime,” Fried said. “Florida will continue to be embarrassed by Gov. DeSantis and his contempt for the law and the safety of our children.”