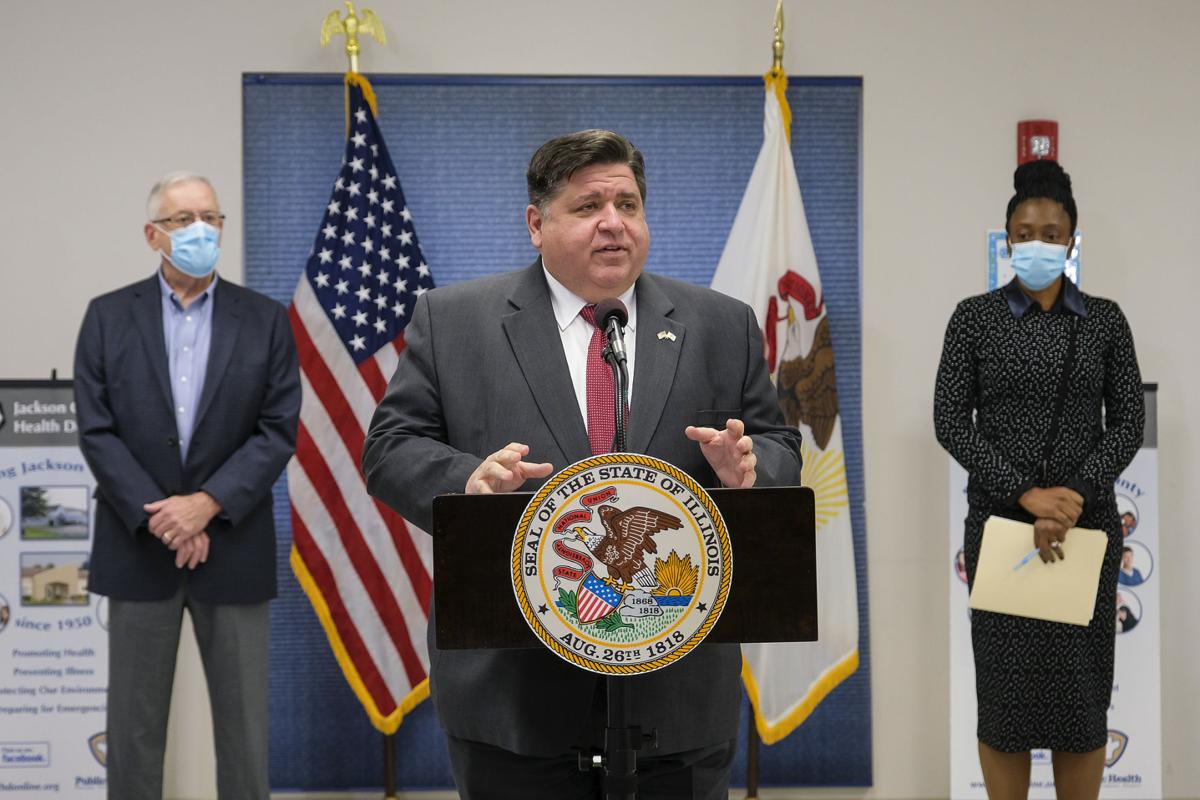 For calling an attorney challenging his executive orders in court a “grifter,” Gov. J.B. Pritzker faces a summons in Sangamon County Circuit Court to answer to a defamation allegation.

The case was filed in Sangamon County Oct. 29 by DeVore attorney Brian Polinske claiming the governor’s comment last month “constitute the commission of a tortious act.”

After a lawsuit DeVore filed on behalf of more than 700 parents against 145 school districts, the governor and the Illinois State Board of Education, the governor called DeVore a grifter.

“He’s a grifter who is taking money from parents who are being taken advantage of,” Pritzker said during an unrelated news conference on Oct. 21. “So I hope that you know the reign of grifting and terror that he is trying to bring about in the school districts will come to an end.”

Following those comments, DeVore said he was considering a defamation case against the governor.

The defamation case filed late last month claims Pritzker’s comments accuse DeVore of “being engaged in acquiring money or property illicitly” and provides the definition of the word “grift.”

“The defendant’s allegations that the Plaintiff is taking money from parents and taking advantage of his clients imputes that the plaintiff lacks integrity in performing his duties as a lawyer for some of his clients,” the filing said. “Plaintiff is not a grifter nor is he engaged in any behavior that would lead any reasonable person to believe he was illicitly taking money from clients.

“Nor would any reasonable person believe he was acting in any manner which could be construed as a reign of ‘terror’ by simply complying with lawyerly duties and filing a lawsuit on his clients’ behalf,” the lawsuit says.

DeVore is seeking judgment in his favor and an award of damages in excess of $50,000.

A hearing in the case number 2021-L-184 has yet to be scheduled. A demand for a jury trial has been filed by DeVore’s attorney.