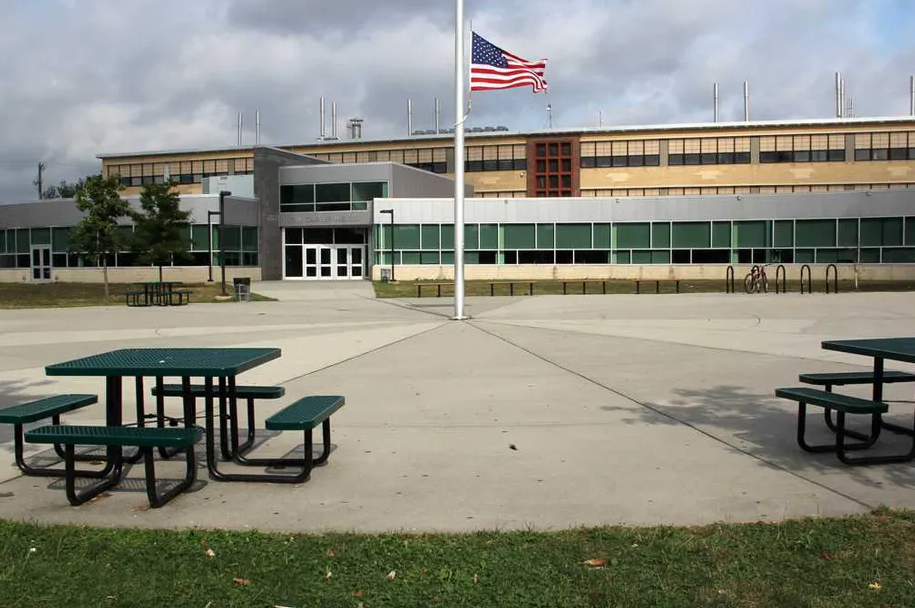 Unhappy parents expressed frustration to the Philadelphia Board of Education Thursday night over the district’s overhauled selective schools admissions process, especially a provision changing conditions for students in selective middle-high schools as they reapply to ninth grade.

The policy, announced in October, will put all qualified students in a lottery to choose who will be admitted to the most selective middle and high schools for the next school year with a preference being given to qualified students from underserved ZIP codes, not those already in the middle school. The district said it changed the policy to promote equity and become an anti-racist institution.

The new system surprised parents of students already enrolled in those middle schools after it  was unveiled just a day before the seven-week application window opened in early October. The deadline is midnight Sunday.

Carver High School of Engineering and Science parent Tanya Folk and others said the longstanding practice at Carver and other schools was for the middle school students to continue through high school if they kept up their grades, behavior, and attendance.

Carver, along with Science Leadership Academy-Beeber and Hill-Freedman World Academy, are magnet schools with both middle and high school grades. Parents said that before the new policy, the understanding was that middle school students at these schools could stay through high school if they met those standards.

“Why change the rules for existing students?” Folk asked the board. “How does this lead to equity for all?” What would be equitable, she said, is “to honor previous practice.”

Parents said that the new policy continues to confuse them, even with the application deadline approaching, and they fear it will harm some students.

“There’s a huge gap between how parents understood the policies and how the district is claiming they work,” said parent Miriam Hill, whose 14-year-old son is a Carver eighth grader.

Karyn Lynch, district chief of Student Support Services who oversees the school selection process, said that individual principals may have led parents and students to believe that their children could automatically continue through high school. But that was never district policy, she said.

“My understanding is that when students enter the middle school, as an incentive to encourage them, they may have been told that if you do well, you will be admitted to the high school.” But, she said, “there has always been a ninth grade readmission process.”

While Philadelphia parents can apply to attend schools outside their neighborhood starting in kindergarten, the high school selection process carries the highest stakes. The opportunity to attend one of Philadelphia’s highly rated schools can make the difference between a family moving out of the city or staying.

In their testimony and interviews, parents said that they made “life choices,” including where to live, based on the understanding that once their children were accepted into these schools, they could stay through high school graduation.

Folk and other parents said that at Carver, there are 150 more seats in each high school grade than in seventh and eighth grades, leaving ample opportunity for qualified students from traditionally underrepresented schools and neighborhoods to be admitted.

But, in response to questions from board members Mallory Fix-Lopez and Maria McColgan, Lynch said the district is not considering giving any preference to students already enrolled.

There is “no policy of automatic admission of eighth graders to the high school,” Lynch told McColgan.

Adding to parental anxiety are scant details about how exactly the lottery will work and how the ZIP code preference will be applied. There is also confusion over how students will know if they meet the qualifications for their chosen schools and if they will be included in the lottery.

Lynch said that students will learn if they will be included in the lottery from a message in their private district online portal.

Additionally, a new writing test will replace standardized tests, which have not been administered for two years during the pandemic. The test will be scored by algorithm, not human beings, another effort to promote equity and remove bias from the selection process. Students have between Nov. 29 and Dec. 16 to complete the writing test and will learn immediately if they met the cutoff for their selected school.

The new policy was especially aimed at Central High School and the J.R. Masterman Laboratory and Demonstration school, which spans fifth through 12th grades.

The demographics at Central and Masterman, the city’s two flagship schools, have become increasingly white and Asian even though the district’s enrollment is majority Black and Latino. But Carver, SLA-Beeber and Hill-Freedman are all predominantly Black. They also have high percentages of low-income students; at Carver, they make up more than three-quarters of the student body.

While Masterman starts in fifth grade, its high school has always been smaller than its middle school, so students know they must compete for ninth grade admission.

Parents estimated that at Carver, about 80% of the middle school students stayed through graduation. Some voluntarily moved to other schools including Central.

Hill told the board that she appreciates “that you are trying to solve the immense problems of inequity in our schools.” But the lottery in its current form, she said, “is causing immense pain and stress.

This article was originally posted on Efforts to promote equity in top Philly schools could have opposite effect, parents fear