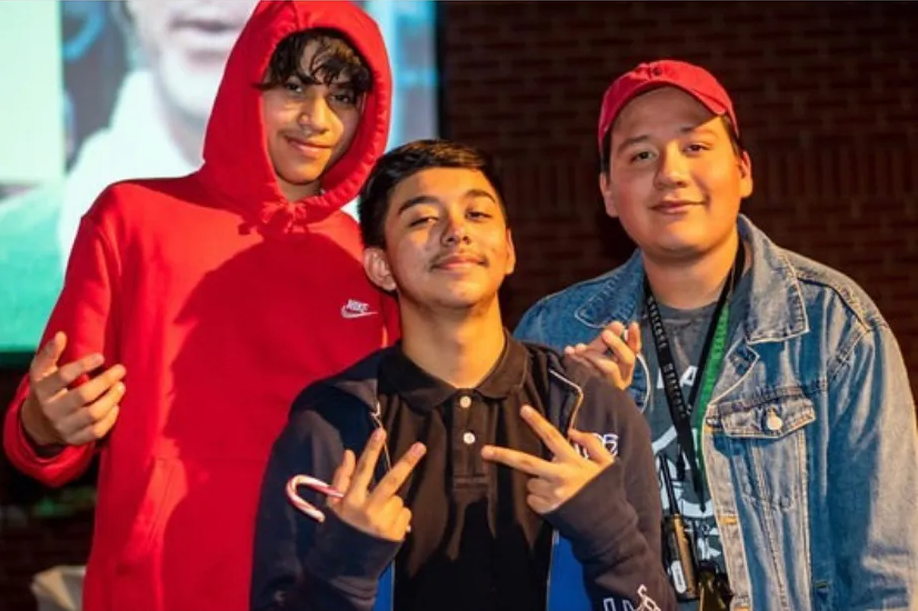 When José Ayala was a student at Kingsbury High School in Memphis, many of his male friends would miss class to work, seeing a day’s pay as more valuable than a day of school.

Eventually, some of them dropped out and took jobs, primarily in construction and roofing, he said. Quickly, they were making enough money to support their families — and much more than Ayala, who volunteered for a nonprofit organization during high school and graduated in 2018.

“A lot of times we get access to larger amounts of money than usual high schoolers,” Ayala said of Hispanic boys.

The lure of full-time jobs is one reason Hispanic boys in Memphis leave high school early and have historically had one of the lowest graduation rates in Shelby County Schools. Other factors include communication barriers for English language learners and the lack of Hispanic role models among teachers and school staff.

In 2020, only 59.6% of Hispanic senior boys in Shelby County Schools graduated from high school on time, according to a district report. That was almost 6 percentage points lower than the year before, and lower than any demographic group separated by race and gender. The number was 66.5% in 2018 and 65.3% in 2019.

Hispanic girls fared better with a graduation rate of 76.3% in 2020. The rate was 75.8% in 2018 and 78.4% in 2019, all three years hovering near the district wide, three-year average of 78.7%, and the numbers reveal a statistically significant gap in graduation rates between Hispanic boys and Hispanic girls.

The graduation rates for 2021 are not yet available.

In 2020, only English language learners, which include many Hispanic students, graduated at a lower rate in Memphis than Hispanic males: 54.6%.

Those numbers reflect nationwide trends, but the achievement gap is wider in Shelby County.

While significant progress has been made to close the gap over the last few decades, a 2016 study by the National Research Center on Hispanic Children and Families found that “Latino males have the highest rates of high school dropout, coupled with the lowest rates of college enrollment and college completion.”

Ayala said many of his college friends have paused their education, given the difficulty of juggling a job and academics during a pandemic.

That anecdotal evidence of the pressure to work is backed up by nationwide data.

According to an April 2021 report by the Bureau of Labor Statistics, 56.2% of Hispanic high school graduates nationwide enroll in college. That’s compared to 83.2% of Asian American graduates, 62.9% of white graduates, and 56.6% of Black graduates.

Ayala stressed that dropping out of high school doesn’t mean his peers are wasting their time.

“It’s not just like, ‘Oh, they dropped out and they don’t have a future,’” he said. “A lot of them are well-off and stable, and have the basic needs and a few other resources that they were able to achieve through their work.”

Hispanic youth account for about 7% of the student body in Tennessee’s largest school district, according to the district’s Equity Director Michael Lowe.

Lowe described the dip in educational outcomes during the pandemic as an “anomaly.” He pointed to some resources the school system offers to help students complete their studies, including an academy for recent immigrants located at Wooddale High School.

He highlighted a mentoring program that pairs bilingual adults with students who speak English as a second language, but said it’s been hard to help some of the mentors transition to certified teachers, particularly educators who were licensed in other countries. In May, Shelby County Schools held a “Secure the Chalk” session, where district leaders shared pathways to certification for bilingual mentors interested in teaching positions.

According to state data, in 2019 only 1.4% of teachers and 0.5% of administrators in Shelby County Schools identified as Hispanic.

Shelby County School Board Commissioner Sheleah Harris echoed Lowe’s statements about the importance of more Hispanic teachers, but also argued for more intensive outreach to Hispanic boys, when resources exist specifically for Black boys, she said pointing to the district’s African American Male Academy, an outreach program and collaboration with University of Memphis.

“If one demographic of students is falling behind in an area, we should implement the same energy and momentum of addressing concerns,” she said.

She added, “Our focus now and moving forward is true equity and access for every child in our district. I plan to have a narrow focus on this area until I see significant, consistent improvement for our Latinx males.”

Brian Blackley, a spokesman for the Tennessee Department of Education, said the department is working to increase teacher diversity, but challenges remain.

“There are not enough teachers in Tennessee, period,” he said. “With more than 1,000 vacancies, we need educators of all backgrounds, Black and brown included, to ensure every child has diverse, high-quality educators.”

And in Nashville, where Hispanic children make up just under 30% of the student body, district spokesman Sean Braisted noted similar struggles, and lamented the failure of a General Assembly bill that would have allowed undocumented students to receive in-state tuition at state universities.

“Ensuring that undocumented students, or children of undocumented parents, have equal access to a college education would be greatly beneficial to improving graduation rates and postsecondary enrollment,” he said in a email.

Now 21, Ayala faced many of the same obstacles his friends did during high school, both economically and culturally. He said his dad and uncles wanted him to come work with them in the construction and roofing industries, but he stayed in school, seeing that path as a better long-term investment.

“I did experience pressure,” he shared.

Because he stayed in school longer, he was exposed to resources and opportunities that allowed him to go to college and see different career options. But he said some of those resources were presented to him and his classmates too late. Students learned about technical colleges and professional certifications late in their high school journeys, long after some of his friends had dropped out.

“I got to see adults in other careers,” said Ayala, who was born and raised in Memphis by parents from Mexico. “If [my peers] would have had more information at that time, I’m sure they would have made different decisions.”

He was in a music group at Kingsbury, but the biggest reason he stayed in school was Streets Ministries, a faith-based educational nonprofit. He started there as a student, then began volunteering. Now as a rising senior at Christian Brothers University, he works at Streets Ministries full-time, building relationships with students at the schools he grew up attending.

When Ayala entered college and started working at Streets Ministries, he said he still encountered skepticism from the men in his family.

He said his dad didn’t get the touchy-feely, faith-based nonprofit work he was doing, nor did he understand his son’s decision to study psychology.

“He’s never really experienced a job that wasn’t physical,” he said. “So him hearing that his son is working in a place where you build relationships with kids, he just didn’t understand it until I had to sit him down and explain.”

That changed in May, after Ayala earned a promotion and saved up enough money to buy a truck: a black 2015 Ford F150.

“It was a lightbulb for him to say, ‘OK, this other type [of work] is also fruitful for my child,” Ayala said. “This work is going to provide some type of security for him.”

This article was originally posted on For Hispanic boys in Memphis, the pressure to work full-time comes with a cost: lower graduation rates