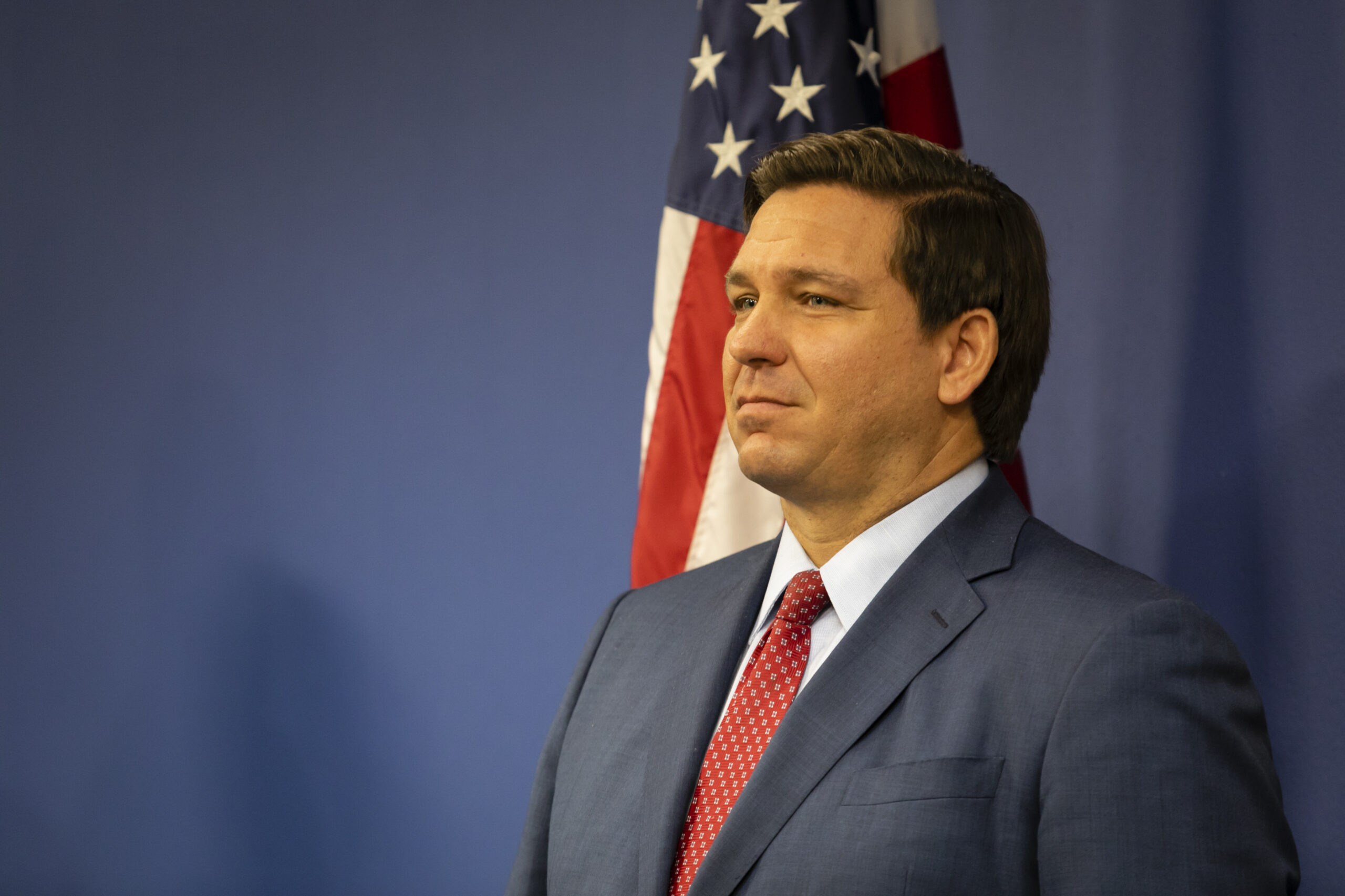 Gov. Ron DeSantis spoke at Freedom Tower in Miami Monday with several community leaders and European officials to support protesters in Cuba and members of the civil society group, Archipielago, who Cuban police have been targeting since Sunday.

“You’ve got a lot of people who are standing up and fighting against a brutal dictatorship. This is something that many of the people who fled Cuba over the decades probably never envisioned that the tyranny would last this long,” DeSantis told an audience of about a hundred at the iconic tower.

The event, which was organized by the Inspire America Foundation, hosted a delegation of members of the European parliament, Cuban opposition and exile organizations to show support for “the Cuban people’s historic demands for freedom.”

DeSantis addressed the crowd and talked about what both Miami’s Freedom Tower and the State of Florida mean as beacons of freedom in the United States.

“I think if you look around at what Constitution Hall would mean to Philadelphia, Pennsylvania, what the Alamo would mean to Texas, the Freedom Tower means that the State of Florida is a symbol of people seeking freedom and people who have fled a communist dictatorship,” DeSantis said.

Marcell Felipe, Chairman of the Miami based Inspire America Foundation and a key event organizer, expressed his gratitude to the leadership of Vox party, and the “European delegation’s willingness to travel across the Atlantic,” to the Cuban exile capital of the world. He added that it was time “for other world leaders to stop behaving like politicians and show the same leadership and courage as Cuban teenagers and grandmothers in Cuba.”

Felipe noted the request of the Cuban exile community was not for the regime to improve, but for the dictatorship to come to an end.

DeSantis, who since the July 11th protests has joined the Cuban exile community at several events, said Miami was a testament to the differences between freedom and communism.

On Sunday, the Cuban regime began cracking down on activists, journalists and civilians one day before the N15 protests. Many were arbitrarily arrested or summoned for interrogation. Others have been placed under surveillance at their homes to prevent them from leaving.

The Cuban-American community joined the protestors in solidarity across different cities and states in the United States, from Miami, Los Angeles and Connecticut to more than 100 cities around the world.

This article was originally posted on Gov. DeSantis joins Miami exiles to show support for Cuban protestors – declares Florida as symbol of freedom