Please ensure Javascript is enabled for purposes of website accessibility Gov. Greg Abbott didn’t get everything he wanted in the special session. Will he call lawmakers back for more? - Mid Year Media Review
Skip to content 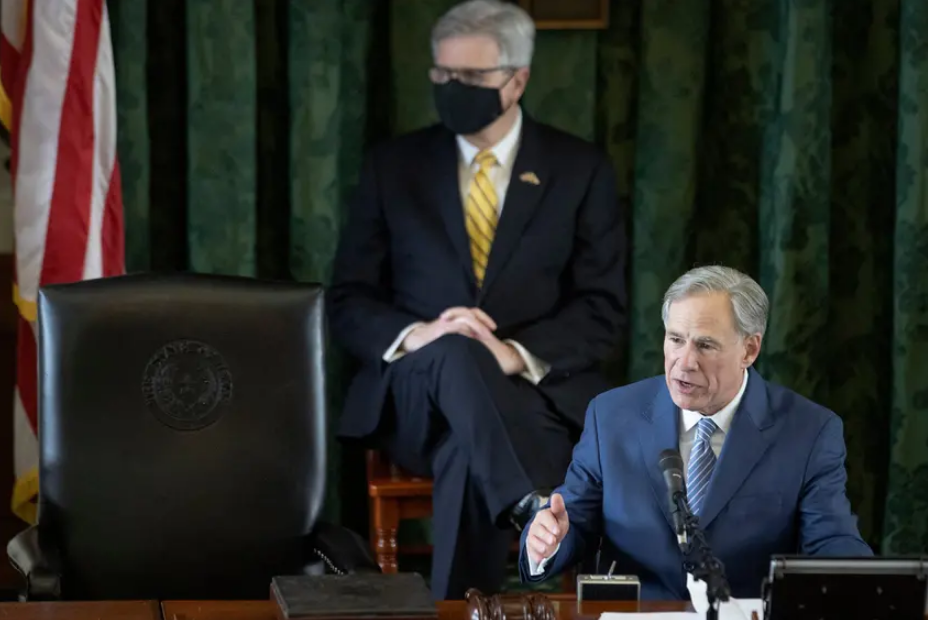 After nine months of the most conservative lawmaking Texas has seen in recent memory, legislators were confronting a daunting question Tuesday: Will Gov. Greg Abbott push them to go even further still?

Early Tuesday morning, both the House and Senate adjourned the third special session of the year, capping a grueling stretch that featured a weekslong Democratic walkout over the GOP’s priority elections bill and a series of proposals to build on what was already a triumphant regular session for conservatives.

But the latest special session ended without lawmakers passing two of Abbott’s priorities — legislation to increase an illegal-voting penalty and to ban vaccine mandates by any entity in Texas.

In each of the previous three legislative sessions this year, Abbott was firm that he would keep calling lawmakers back to Austin until they addressed the legislation he required of them — most notably the GOP elections bill and changes to the bail system targeting violent offenders. He placed a bill targeting transgender student athletes on each of the three special session agendas until it was finally passed in the most recent session.

On Monday night, as the chambers were nearing sine die, Abbott declined to say whether a fourth special session would be necessary. He also did not say anything Tuesday about the possibility, but he did issue a statement applauding lawmakers for their work in the third special session that suggested he was satisfied with what they had gotten done.

“These dynamic achievements would not have been possible without the men and women of the Texas House and Senate who worked tirelessly through the third Special Session to ensure these priorities made it across the finish line,” he said. “Because of their efforts, the future of Texas is stronger, safer, and freer.”

But the unfinished bills are fraught with intraparty politics and could expose Abbott to attacks from his right, which he has been increasingly attuned to as he prepares for his 2022 reelection campaign.

Some lawmakers expect there to be a fourth special session, but not in the short term — and maybe closer to primary season.

“We didn’t get all the governor’s mandates done,” state Sen. Bob Hall, R-Edgewood, said during a news conference Tuesday morning at the Capitol. “We did not get the elections bill on voting penalties, did not make it out, and then the grassroots have a couple other things that we didn’t do either … and so there are things that are a possibility. I don’t think [another special session] will be immediate. I agree there will probably be some time in there for leadership to hear from the grassroots on how much they really want this.”

Abbott had ordered lawmakers to increase the penalty for illegal voting after the elections bill he signed into law last month lowered it, which Lt. Gov. Dan Patrick blamed on a last-minute House change that went under the radar. Abbott had also asked lawmakers to pass legislation codifying his executive order earlier this month outlawing COVID-19 vaccine requirements by any entity in Texas, including private businesses.

But both agenda items quickly ran into high-powered opposition, with House Speaker Dade Phelan, R-Beaumont, balking at revisiting the elections bill and business groups rallying against the vaccine legislation.

The conclusion of the third special session gave more than enough fodder to one of Abbott’s primary challengers, Don Huffines. In a statement Tuesday, the former Dallas state senator called on Abbott to announce a fourth special session to finish the legislation prohibiting all vaccine requirements. He also pressured Abbott to veto a bipartisan spending deal involving federal COVID-19 relief funds and instead put all the money toward property tax relief in a fourth special session.

And in a separate statement, Huffines criticized Abbott over the failure of his charge to increase the illegal-voting penalty and his refusal to add an item on election audits.

While the secretary of state’s office has said it is reviewing the 2020 election results in four of the state’s biggest counties, former President Donald Trump had pressured the governor to prioritize more expansive audit legislation in the latest special session and attacked Phelan for allegedly obstructing it.

“Texans deserve confidence in their elections,” Huffines said. “Instead, they get nothing but contempt from Greg Abbott. Greg Abbott’s decision to defy the American people is one we will make sure he regrets.”

Speaking minutes before gaveling out, neither leader of the two chambers sounded like he was anticipating another special session any time soon. Patrick wished senators a happy Thanksgiving and merry Christmas, while Phelan acknowledged members were “all very tired” and looking forward to returning home. He noted that for some of them who are retiring, “this marks the end of your experience in the Texas Legislature,” and he joked about bill filing beginning for the next regular session in just 13 months.

The posture was particularly interesting from Patrick, who is a timeworn instigator of special sessions and had successfully lobbied Abbott to add another item to his agenda — higher education — in the final days of the third special session. Patrick has also been an advocate for the election audit legislation and remains close with Trump, fueling speculation that he had persuaded the former president to get involved in the fight for the bill.

Patrick’s office did not respond to a request for comment Tuesday on whether he believes there needs to be a fourth special session. His office did issue a rare joint statement with Phelan explaining the late compromises that their chambers forged to distribute the federal COVID-19 relief money and provide property tax relief.

The biggest problem for Abbott going forward, perhaps, is that the two unfinished items from the third special session both encountered stiff, potentially immovable, opposition. Phelan quickly rejected Abbott’s charge to fix the illegal-voting penalty, saying he did not want to relitigate the contentious elections bill. And a formidable coalition of business groups came out against legislation late in the third special session that would have addressed Abbott’s call for a universal ban on vaccine mandates.

One of those groups, Texans for Lawsuit Reform, reiterated its position Tuesday.

“As we said in testimony to the Senate State Affairs Committee, TLR is likely to oppose any legislative action that increases unnecessary lawsuits Texas entrepreneurs and job creators must face, including bills that put Texas businesses in the lose-lose position of having to decide whether to follow state or federal law,” TLR spokesperson Lucy Nashed said in a statement.

Hall, the state senator, appeared at the news conference Tuesday morning with a few other state representatives and Agriculture Commissioner Sid Miller to keep up the pressure for such legislation. The news conference included state Rep. Brian Harrison of Midlothian, who was recently sworn in to the House and quickly filed a bill banning all COVID-19 vaccine mandates that the chamber did not advance.

“If we don’t move quickly,” Harrison said, “Texans and freedom-loving patriots all across this country are gonna regret it.”

Abbott has said his executive order prohibiting all COVID-19 vaccine requirements will remain in place until lawmakers pass a bill on the issue. He highlighted the order Tuesday afternoon on Twitter, saying it “gives cover” to employees at places that have mandated vaccines.

As the Capitol was buzzing about a potential fourth special session Monday night, Abbott was addressing the Kingwood TEA Party in the Houston suburbs. He did not mention the uncertainty back at the Capitol, instead revisiting the conservative wins in the previous sessions — like the state’s new laws banning most abortions and allowing permitless carry of handguns — while revving up the group to keep Texas red next year.

​​He began his remarks by saying there was “one thing interesting timing-wise as we meet here tonight” — but it was not about the Legislature. Instead, Abbott noted they were one year and one week away from early voting for the 2022 election.

This article was originally posted on Gov. Greg Abbott didn’t get everything he wanted in the special session. Will he call lawmakers back for more?