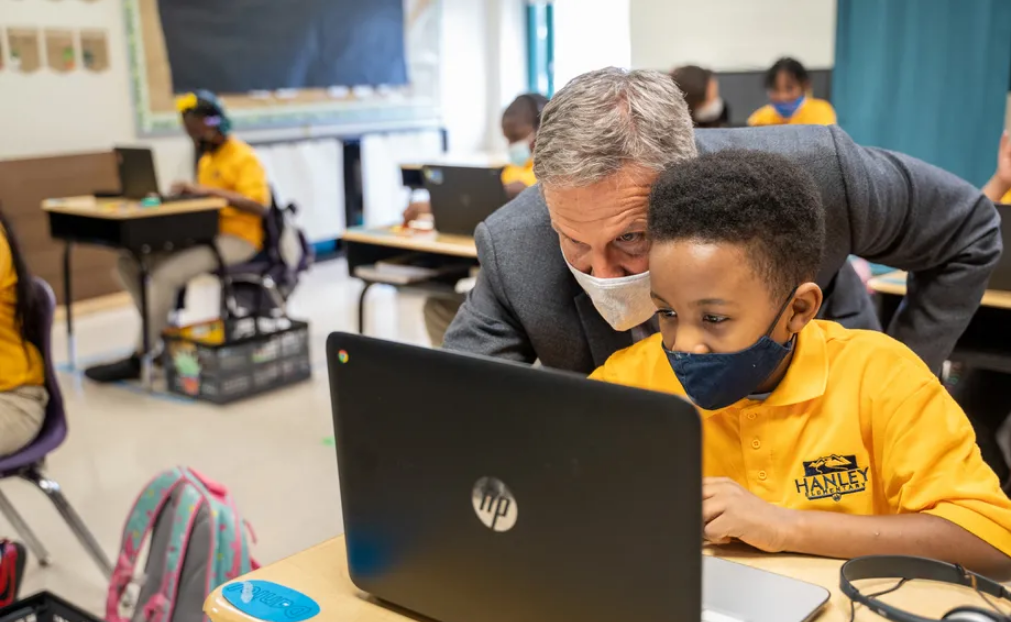 Since Tennessee’s first public charter schools opened in Memphis and Nashville in 2003, the state’s charter sector has been contained to its four largest cities. But that could change in a few years under expansion work by Gov. Bill Lee’s administration.

The state is awarding grants totaling $6.3 million to 15 groups wanting to open charter schools in five districts that currently do not have them, plus three districts that do. The money is intended to help operators design, plan, and launch new schools through their local school districts.

Combined with a 2019 state law that Lee championed to create a powerful commission overseeing charter growth, the grant program bolsters the governor’s overall strategy to expand educational choices for families across Tennessee, including suburban and rural areas.

Nashville could get six more schools, with two more each in Memphis and Chattanooga. New markets include the  Memphis suburb of Millington and districts in Fayette, Montgomery, Rutherford, and Williamson counties.

In all, Tennessee’s charter school sector — which currently has 115 schools serving 44,000 students — could add 15 schools and 8,800 students in the next few years.

The road to a broader charter landscape has been steady and gradual, backed by well-financed special interest groups lobbying for more education choices in Tennessee. Meanwhile, critics of “charter creep” argue that the publicly financed, independently operated schools drain students and funding from traditional public schools that also must follow stricter rules than charters do.

Tennessee’s original 2002 charter school law capped the number of charter schools at 50 and limited their locations to Memphis, Nashville, Knoxville, and Chattanooga. It also restricted enrollment to students who were low-performing, attending failing schools, and eligible for free or reduced-price lunch.

Legislation passed in 2009 and 2011 lifted the cap and loosened restrictions so that charter applicants could seek authorization anywhere in the state and serve any student.

Local school boards have acted as the primary gatekeepers, approving about a third of the applications during nearly two decades. The Tennessee State Board of Education, which until this year oversaw the appeals process, has mostly upheld those decisions.

In 2014, lawmakers gave the state board new authority to authorize charter schools as part of the appeals process. That power essentially applied to applicants from the state’s urban areas.

But beginning this year, that authority has expanded even further under the new Tennessee Public Charter School Commission, which on appeal could authorize schools from anywhere in the state. The commission’s nine members, appointed by Lee, could overrule any local board and place the new charter school in a statewide district that the commission oversees.

The expansion grants the education department announced last week raise concerns that state support in the proposal phase could influence the authorization process at the local and state levels.

Will Pinkston, a former Nashville school board member and outspoken critic of the charter movement, said the grants appear to sanction those applicants receiving them.

“For the state to incentivize charter applications and then serve later in the process as the judge and jury is ridiculous,” Pinkston said. “This is a completely biased process, and it’s important for everyone to understand that from the get-go.”

But Senate Majority Leader Jack Johnson, who co-sponsored the governor’s proposal to create the commission, thinks the system is a good one.

“If applicants are denied, they can appeal to the state commission, and the process will play itself out. We’ll leave it up to the experts,” said Johnson, a Republican from Franklin.

Tess Stovall, who previously led charter appellate work for the state board, helms the commission as its executive director. Its appointed commissioners have expertise in business, law, education, and government.

Rep. Antonio Parkinson believes the combination of the grants and the commission’s expanded authority will lead to a proliferation of charter schools across Tennessee.

“I warned folks this was coming,” the Memphis Democrat said this week, referring to a memorable 2019 legislative hearing when he spoke out against the proposed charter commission and its expanded authority.

Parkinson said he’s interested to hear if GOP legislators who voted for that law — especially those from Fayette, Montgomery, Rutherford, and Williamson counties — will support the introduction of charter schools to their home districts.

Only one person out of a dozen responded this week when Chalkbeat put that question to lawmakers from those four counties.

“I support charter schools, but I don’t take a position on where charter schools should go,” said Johnson, the Senate Republican leader who represents Williamson County. “There’s no one better to decide about whether a charter school is needed than a local school board.”

Last month, Williamson County’s school board denied an application from two former officers for a chain of autism clinics to open a charter school for autistic students through Williamson County Schools. That group can appeal the decision to the new commission.

The development grants — funded in part by federal coronavirus relief money that Lee oversees for education needs — are raising eyebrows on both sides of the charter debate.

Charter groups awarded state grants, along with the school district to which they are applying:

“This kind of support for planning is unheard of in my charter school experience,” said Tim Ware, executive director of the all-boys Grizzlies Preparatory Charter School in Memphis.

Ware said the $490,000 grant coming to his organization would be key to launching a second Memphis school for girls in sixth through eighth grades beginning in the fall of 2023. The instructional focus would be on science, technology, engineering, and math.

“This will allow us to really dig deep and grow our understanding of a single-gender girls school to prepare our students for college and career,” Ware said. “We’ll have the opportunity to study some of the nation’s STEM models for girls to help us see firsthand what we’re trying to create.”

Bo Griffin, the district’s director, said he was surprised by the proposed niche.

“We already have a STEM program in our existing middle school that has received STEM grants from the state and has been doing very well,” Griffin said.

“I don’t see how a new charter school could help us, but it could hurt,” he added. “You take a hundred kids from a small district like ours with just 2,500 students, it will have a significant impact on our enrollment, staffing, and finances.”

Maya Bugg, executive director of the Tennessee Charter School Center, which advocates for high-quality charter schools, said the coronavirus was the big factor in this year’s application decline. But she expects an uptick next year.

“I know of schools working on applications, but they paused during the pandemic,” she said. “We’ve been in unprecedented times when people were juggling a lot and just weren’t sure about the future. It takes a lot of time, energy, and resources to put together an application and plan for a school launch.”