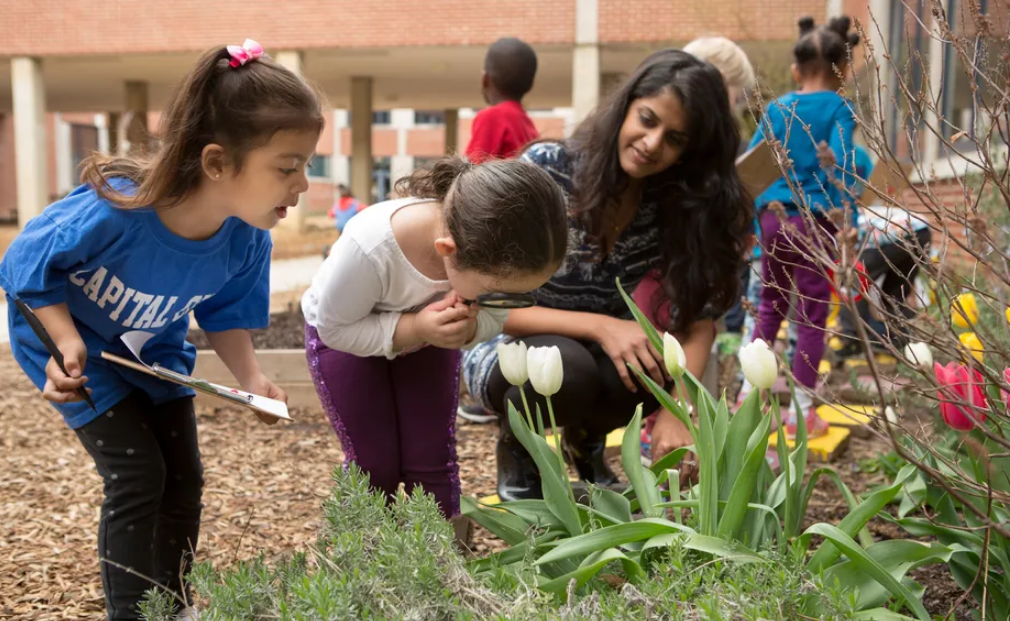 At Dr. Martin Luther King Jr. Academy of Social Justice on Chicago’s South Side, preparations for the summer are in full swing.

The school is planning a new four-week intensive program for all grades in July, where students will catch up on academics and rebuild a sense of community through play. Principal Jasmine Thurmond is also using extra dollars in her school budget to bring back teachers and support staff a week early in August for a schoolwide orientation program tailored to forge relationships with students and foster a sense of belonging.

“The students I serve are often the most vulnerable,” Thurmond said, whose student body is 98% low-income. “So it’s really important that we get them engaged and comfortable with being in the building.”

Summer school carries high stakes during this year of profound pandemic disruption. Educators, politicians, and experts have touted it as an opportunity to help students recoup missed learning, tackle their mental health needs, and ease them back into school communities ahead of a return to full-time in-person learning.

Chicago leaders have said they are expanding the district’s offerings, including launching several new programs. The district is offering bonus pay to educators who sign up to teach during the summer after a trying school year.

But some unanswered questions remain about how the district will track down the students who need these programs the most and how efforts to fully staff them are going. Last summer, about a third of students the district referred to its remote summer programs enrolled in them, and fewer than a quarter completed them. With weeks to go before summer kicks in, some parents on social media have clamored for more details on who is eligible for programs and how to sign up.

Here’s what we know so far about summer school:

After much effort in recent years to build up programs for the district’s youngest learners, Chicago Public Schools saw a marked dip in its pre-kindergarten enrollment last fall, especially among Black families. In a bid to start reversing those losses, the district will host an orientation program for preschool families called Preview to Pre-K.

The district will also offer a Sophomore Connection summer program modeled on a freshman orientation it has hosted for years. Janice Jackson, the district’s outgoing CEO, recently noted that many students will start their sophomore years without ever having set foot in their high school buildings.

“When we get students involved early, that assimilation is easier when school starts,” she said.

Finally, the district is kicking off a new program to help graduating special education students make their post-secondary transitions. Many students with special needs saw crucial services that help them prepare for life after high school curtailed during the remote learning stretch.

CPS is expanding a string of existing programs in a bid to reach more students.

The district said it will offer more seats and beef up services in a slew of summer programs, including Kick off to Kindergarten, its extended school year program for students with disabilities, Freshman Connection, and its credit recovery lineup. The district also stressed it will offer in-person credit recovery classes this summer, with virtual options for students who prefer them.

Jackson said the district is prepared to serve 90,000 students, but vowed to step up and offer extra spots if more families are interested.

Individual schools will design their own enrichment opportunities.

When it set school budgets earlier this spring, the district, which is receiving billions of dollars in federal funding to recover from the pandemic, built in additional out-of-school time dollars to allow schools to expand in-house summer school programing. The idea is that schools can offer enrichment and academic programs tailored to their students’ needs, such as King’s planned schoolwide orientation.

As in previous years, the district will offer a mix of centrally managed summer programs (extended school year), ones funded by the district but hosted and run by individual schools for their students only (Kick Off to Kindergarten, Freshman Connection), and others schools manage and fund out of their own budgets.

The district will pay teachers a bonus for working this summer.

Employees who sign up to work in Bridge +, extended school year, and credit recovery program will receive incentive pay of $200 per week..

Here’s what we don’t know:

How recruiting teachers and staff is going

Some district and other leaders, including President Biden, have voiced concern about enlisting educators drained by a challenging school year to teach summer school. At the same time, recruiting licensed teachers — especially ones teaching in the school buildings students will attend in the fall — is important to make the most of these programs.

It’s not clear how effective Chicago Public Schools’ pay incentive has been so far; the district did not respond to a question about how summer school recruitment is going.

How the district will go above and beyond to recruit students

The students who would most benefit from summer programs are those who disengaged from learning this past year or only intermittently logged on to virtual classes. The district has said schools will step up efforts to connect with their families and enlist them for summer support. But that’s a challenging task that has bedeviled schools during the school year. Some experts stress the importance of framing summer school programs as positive opportunities for growth and social connection rather than as punitive makeup sessions.

How much variation Chicago will see from school to school

Giving schools leeway to design some of their own summer programs allows principals and their teams to take into account the particular needs of their student bodies. It can also mean disparate offerings across the district, at a time experts say more unstructured enrichment options can be a key way of addressing children’s heightened social and emotional needs and easing them back into full-time in-person learning.

Chicago officials have stressed the district’s summer school offerings this year come with beefed-up programming for children and youth across the city. At a press conference this week to tout the city’s youth summer plans, Mayor Lori Lightfoot noted that Chicago’s school district, parks, libraries, and other entities jointly will offer more than 200,000 opportunities, including camps, sports, jobs, internships and more. More information is at mychimyfuture.com.

“COVID-19 left our children and youth feeling isolated, alone on zoom, disconnected,” Lightfoot said at the event, adding, “It’s essential for us to create pathways for them to get out of the house and re-engage in person.”