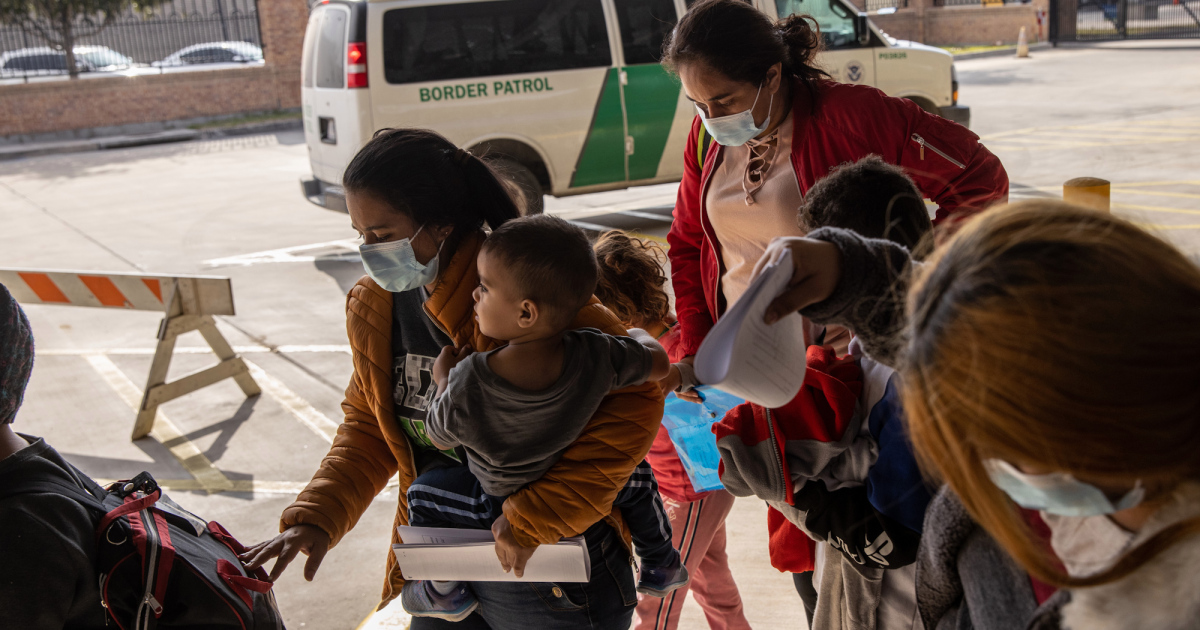 Brandon Judd, president of the National Border Patrol Council, met with Republican lawmakers this week to explain the nature of the problem Border Patrol is facing on a daily basis.

“I would argue that it’s the biggest surge that we’ve ever seen in the history of the Border Patrol,” Judd said during a roundtable with members of Congress, Texas landowners, and law enforcement.

The two-day trip to McAllen, Texas, was spearheaded by Ohio U.S. Rep. Jim Jordan, and included several Republican members of the House Judiciary Committee. Jordan said House Democrats were invited to come but declined to participate. Jordan says what he saw is a “catastrophe.”

“In all my years in Congress, this has been the most disturbing field tour that I’ve ever taken,” California U.S. Rep. Tom McClintock told reporters at a roundtable.

During the month of March, Southwest land border encounters and apprehension totaled 172,000 illegal immigrants, Customs and Border Protection (CBP) reported. An additional 1,000 people per day are evading capture, CBP estimates. These numbers are up compared to February, when border agents apprehended 101,000 illegal immigrants and unaccompanied minors.

However, Acting CBP Commissioner Troy Miller argues the surge at the border “is not new” and that encounters have “continued to increase since April 2020.”

He added, “our past experiences have helped us be better prepared for the challenges we face this year.”

Judd disagreed, arguing, “this surge is unlike anything we’ve ever seen before.”

“Even though we were making 1.5 million arrests, we were actually dealing with about 400,000 to 500,000 individual people – we were just arresting the same people over and over again,” Judd said. Most were single males from Mexico, whereas the types of people crossing today are different, he said. “Today … if we make 1.2 million arrests, we’re actually dealing with about 800,000 to 900,000 different people.”

Taking care of family units and unaccompanied minors requires a great amount of resources, including housing, food, transportation and health care, all paid for by taxpayers. Taxpayers also foot the bill for the processing of and subsequent transfer or release of the individuals into the United States.

“You could cross the border illegally one day and be in Virginia the very next day,” Judd said, referring to the “catch-and-release” program implemented by the Biden administration.

“I personally have apprehended groups from China, from Bangladesh, from Russia, from Poland, from Brazil. And these criminal organizations are allowed to go into these countries, and they’re allowed to advertise their services and make billions of dollars off of human misery. And it’s based upon our policies,” he said, referring to the Biden administration policies that reversed Trump-era policies.

Last month, President Joe Biden appointed Vice President Kamala Harris to oversee the border crisis, however, she has yet to visit the border.

Judd says the current policy of “catch-and-release” only incentivizes illegal immigration. A better alternative is to detain individuals while their immigration case is being adjudicated, he suggested, pointing to the Trump administration’s Migrant Protection Protocols, known as the Remain in Mexico program, which sought to do this.

McClintock said the group of lawmakers “watched literally hundreds of illegal migrants crossing the border and turning themselves in to the Border Patrol,” he said. “Groups who were in the company of children under seven had their basic biometric information taken down, and then [they were] dispatched to bus stations to continue into the United States.”

McClintock said the children are held for an average of 24 days and the situation is “getting worse by the day.” Mexican cartels net roughly $500 million per month through human trafficking, he said.

“We are feeding the Mexican crime cartels,” he added. “The crime cartels are taking in roughly a half a billion dollars a month through this human trafficking network.”

“Forty percent of our Border Patrol agents are busy processing people and changing diapers,” she continued. “It means that they cannot do their job protecting the border. It means that Mexican cartels are controlling the border. This is a national security and humanitarian crisis.”

“We have an administration that does not have the backbone to come down here and encourage these great men and women who are doing a job but being overwhelmed right now,” Ownes said.

This article was originally posted on 172,000 illegal immigrant crossings in March, situation ‘horrific to see’