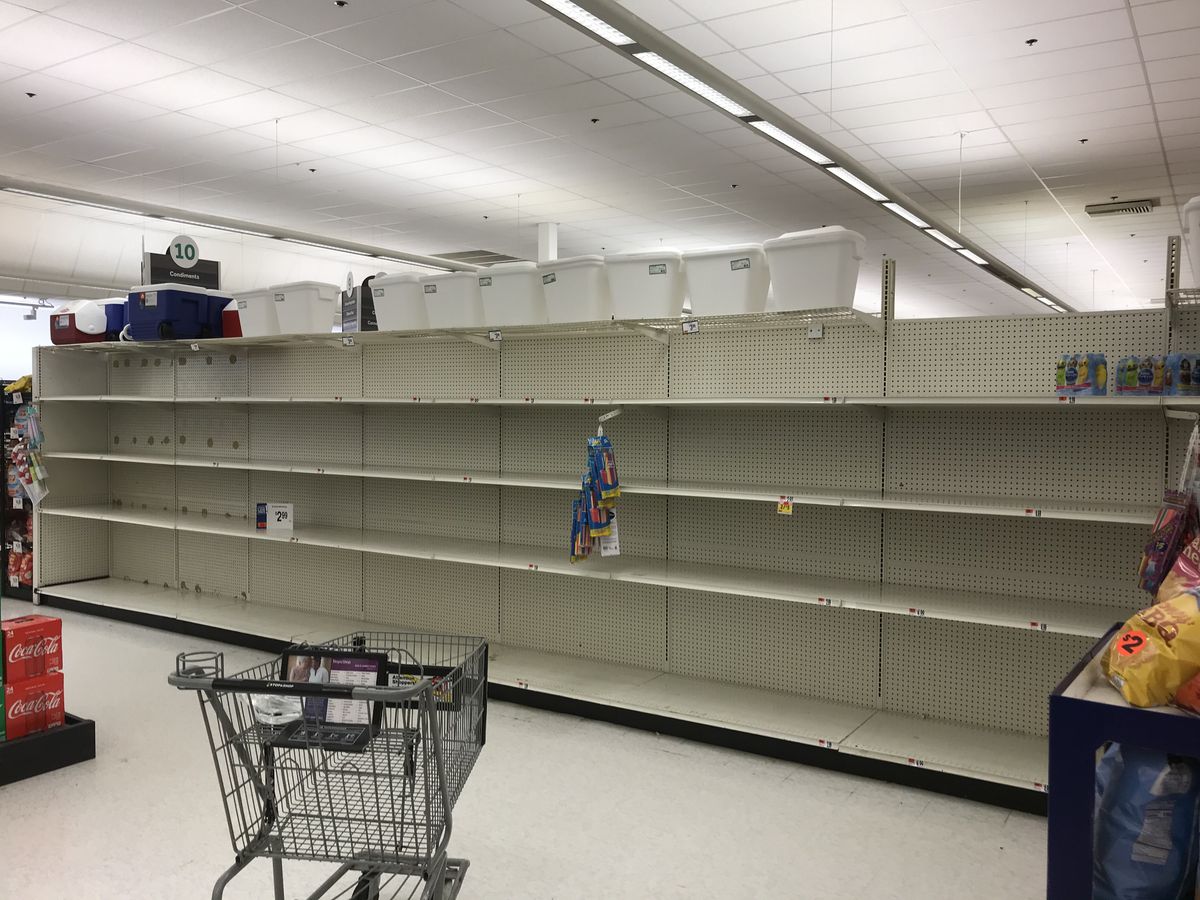 For two years, Birmingham Pastor Robert Wiley has counseled Willie B. Smith III, an Alabama death row prisoner, through letters and telephone calls. On Thursday, Feb. 11, he plans to act as Smith’s spiritual advisor, praying with him in the moments leading up to his execution. COVID-19 infections are still spreading through Alabama and its prisons. But when Smith asked Wiley to come, the answer was obvious. “I told him I would be there,” he told Southerly.

Smith’s execution is scheduled to be the first carried out by Alabama, and the third carried out by any state, since the COVID-19 pandemic caused shutdowns and restrictions across the U.S.  in March 2020. Alabama officials have deemed executions as part of the state’s “essential functions” and have devised a plan for executing Smith they say will reduce the risk of spreading the disease. The plan, outlined in court documents, reads as a flow chart of possibilities leading to one final outcome: Smith’s death.

Wiley, like the rest of Smith’s visitors during his final week, will have to undergo a temperature check and take a rapid COVID-19 test, according to court documents. He will be required to wear a face shield and mask while visiting Smith, who must also wear protective equipment. But, if Wiley’s temperature is above 100.4 degrees, the threshold for a fever, or if he tests positive for COVID-19, he will not be allowed to visit and must instead counsel Smith by telephone. The prison’s chaplain will stand in for him instead.

If Smith has a fever, the prison will inform Wiley and the rest of his visitors and allow visitations. If he tests positive for COVID-19, he won’t be allowed in-person visitors, but executioners will still carry out his death sentence.

Wiley said he is worried about contracting COVID-19 but being with Smith outweighs the risks. “When the whole country is focused on trying to save as many lives as possible, it’s interesting to me that Alabama will fight so adamantly to take one,” he said.

The pandemic is still raging across the state: The seven-day average for new cases hovers around 2,000 and more people died per capita in Alabama during the first week of February than anywhere else in the U.S. The state’s poor Black residents have been hit the hardest and at least six residents have tested positive for a COVID-19 variant that’s known to spread more easily.

Alabama’s execution chamber and death row are located at Holman Correctional Facility in Escambia County, which is near the Gulf Coast and borders the two regions most affected this year by the disease. The Alabama Department of Corrections (ADOC) says at least 71 people either incarcerated in or working at Holman have tested positive. At least one person on death row has tested positive and another is in quarantine, according to two sources with knowledge of the situation. When asked about the cases, an ADOC spokesperson told Southerly “we do not and will not confirm the location” of prisoners who test positive for COVID-19.

In December 2020, the Department of Justice sued Alabama for allegedly failing to protect prisoners from abuse, excessive force, and poor sanitation. Earlier that year, the state’s plan to close Holman accelerated as deteriorating sewage, frequent power outages, and faulty water facilities worsened. More than 600 prisoners were transferred out of Holman’s crowded cell blocks and into other state prisons. Death row prisoners stayed nearby, merely moving to another site on the grounds with independent plumbing, water, and electricity. ADOC’s commissioner said the prison’s partial closure wouldn’t impact the death chamber. Executions wouldn’t be affected either, he promised.

In court documents, Alabama Attorney General Steve Marshall acknowledged that while the rate of COVID-19 infections has risen, the state is no longer under a stay-at-home order and is thus expected to return to business as usual. “One of the State’s functions is to ensure that justice is carried out in a timely fashion by performing executions,” he wrote in a Jan. 29 filing as part of the case. “Executions are one of its essential functions.”

For weeks, Smith’s lawyers have petitioned the courts to reset Smith’s execution date but have been unsuccessful. They argue that executing Smith infringes on his rights and deprives him of privileges afforded to other death row prisoners such as spiritual counseling and visitation. They’ve also solicited opinions from medical experts, who say the execution could be a super-spreader event.

“This is not a low-risk hypothetical, it is a high probability likelihood, with potentially deadly consequences,” says an affidavit from Dr. Nina Fefferman, an expert on epidemiology, ecology, and the evolution of infectious diseases. The medical examiner for Escambia County wrote that people witnessing the execution will be putting themselves at a “significant risk” of exposure and it would be “ideal” if everyone were vaccinated.

Smith was convicted of the 1991 murder of Sharma Ruth Johnson. His attorneys have unsuccessfully made several claims challenging his death sentence throughout the years, including that it would be unconstitutional to execute him because he is intellectually disabled and that his counsel’s performance was so poor that it did not meet constitutional standards.

Throughout the pandemic, state level executions have been on hold, with the exceptions of Missouri’s execution of Walter Barton in May and Texas’ execution of Billy Joe Wardlow in July. Donald Trump’s administration carried out 13 executions spanning from July to the last days of Trump’s tenure. The executions in Terre Haute, Ind. turned into super-spreader events, infecting prisoners, prison staff, lawyers, executioners, and journalists. COVID-19 cases in the prison spiked from four to 410 in the month following Orlando Hall’s execution on Nov. 19.

“Every single one of the fears, the risks we predicted in July when they announced they were restarting these executions came to pass,” said Cassandra Stubbs, executive director of the American Civil LIberties Union Capital Punishment Project. She noted that federal prisons officials assured skeptics that people would be protected from COVID-19 by masks but became sick anyway. “There’s no question that carrying out these executions is a public health threat.”

In October, while COVID-19 cases were increasing in Alabama, prosecutors started planning Smith’s execution. According to an email included in a court filing, one of Smith’s attorneys, Spencer Hahn, a federal public defender for the Middle District of Alabama, asked prosecutors when his team would be able to meet with Smith. He noted that in-person visits, including from lawyers, hadn’t been allowed since March 2020 and preparing a case to spare their client’s life depended on them. Hahn also pointed out the small size of the execution viewing rooms. “I don’t know how social distancing would work,” he wrote.

To that a prosecutor from Attorney General Marshall’s office replied: “It is our understanding that attorney-client visits are being conducted only via phone call at the present time. And again, we expect that the execution protocol be followed.”

The state set Smith’s execution date on Dec. 1, but it didn’t unveil pandemic protocol until Jan. 29 — less than two weeks before the scheduled execution. In normal circumstances, during the week leading up to an execution, Alabama prisoners are allowed contact visits in which they can kiss, hug, and touch their loved ones and are allowed to invite up to six people to witness their execution.

But, under the pandemic plan, the state mandated Smith and his visitors stay six feet apart. He was permitted to invite one witness, and only one media witness (from the Associated Press) would be allowed instead of the usual maximum of five. ADOC is supposed to change HVAC filters in the prison on the morning of the execution and keep fans running. The people administering the lethal combination of three drugs to execute Smith are required to wear masks and face shields. Smith, who will be restrained on a gurney, would also have to wear them.

Smith’s lawyers argued that covering his face with protective equipment would block any signs of discomfort from the execution drugs and would impede executioners’ ability to communicate with one another. They also argued that Smith would not be allowed to properly say his goodbyes and allowing just one witness meant that he would have to choose between his lawyer, spiritual advisor, and family.

On Feb. 4, Marshall conceded that Smith be allowed contact visits, as long as visitors don’t have a fever and test negative for COVID-19, and increased his witness list to three people. Under this plan, Smith is not required to wear a mask or face shield in the execution chamber, though executioners can decide whether theirs obstructs communication and must remove it if so.

Smith’s lawyers say these amendments don’t go far enough. “Should, for example, Mr. Smith’s spiritual advisor have a temperature of 100.4 degrees on the day of the execution, ADOC would prohibit him from entering the facility and carry out Mr. Smith’s execution without his spiritual advisor present — even if his temperature is not related to COVID-19,” they wrote in a filing.

Smith is expecting visits from at least 15 of his friends and family this week. Some will be traveling by plane from Las Vegas, New York, and Florida. ADOC did not answer questions about how many family members of Sharma, the woman Smith was convicted of killing, are expected to attend the execution, nor has it disclosed the number of executioners.

Wiley will drive the 200 miles from Birmingham to Holman to pray with Smith in his final moments, despite the ongoing legal battle about whether he’ll be able to do so. Currently, ADOC is prohibiting him from the execution chamber, citing safety reasons, and said he can visit with Smith up until his execution, then watch from the viewing room.

On Monday, Smith’s lawyers, who still have not been permitted to visit with him in-person, were back in court for hearings. Barring a stay before Thursday, litigation is expected to continue. If the courts do not rule in Smith’s favor, his fate lies with Gov. Kay Ivey, who has the power to stop the execution. It’s unlikely she would, as just one Alabama death row prisoner has received clemency since the start of the modern death penalty era in 1976.

Wiley said he is hopeful that Smith’s execution will not be carried out, but if it is, he said he should be allowed to sit in the death chamber. “Personally I feel it reads like a last ditch effort to steal his humanity,” he said. “You would want to be able to at least shake the man’s hand who you are trying to strengthen and comfort.”