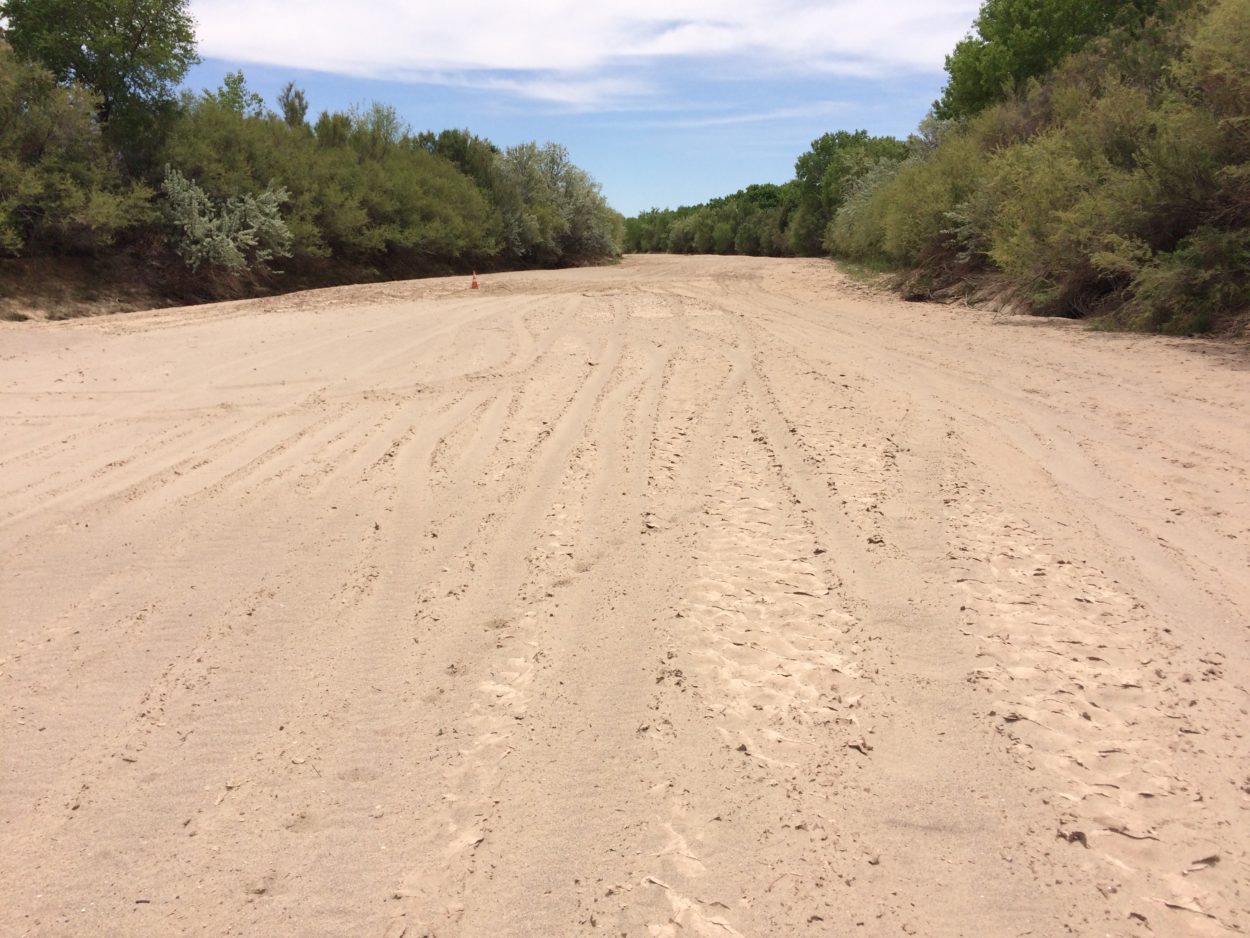 As much of New Mexico faces exceptional drought conditions, the Interstate Stream Commission authorized its chairman to ask the Department of Interior for financial support.

The commission approved delegating that authority to commission chairman during its meeting on Friday.

The chairman will work with State Engineer John D’Antonio to request funding for both long-term and short-term drought relief.

The short-term relief could be something like assistance for farmers, said ISC Director Rolf Schmidt-Peterson.

“Help them make it through this year so that the economic impacts are not so severe that they can no longer farm,” he said.

“We have severe drought conditions,” Hamman said. “Farmers and the ecosystem are threatened significantly by the lack of moisture in addition to the rapid recession of the runoff this season.”

Schmidt-Peterson said there have already been requests made for assistance, including requests to the congressional delegation, for funding associated with drought and rural water supply issues.

But a letter from the State Engineer, the ISC chairman and the head of the New Mexico Drought Task Force may help elevate the requests, Schmidt-Peterson said.

Once the letter has been sent, it will be posted on the Interstate Stream Commission website.

The major water basins in the state are experiencing low flows in rivers.

The Upper Colorado River Basin had 89 percent of normal snowpack this year, but the back-to-back years of drought left the soil dry. This led to more of the runoff soaking into the ground rather than flowing downstream, according to the staff report at the start of the meeting. This has left flows in the San Juan, Animas and La Plata rivers at 50 percent of the historic average during March and April.

Meanwhile, the Gila and San Francisco rivers are flowing at 5 to 21 percent of the historic average for March and April.

During the October to March time period, the Rio Grande streamflow upstream of Albuquerque ranged from 35 to 67 percent of average, according to the drought taskforce report.

These low water flows will have impacts on water users this year.

The Rio Grande Compact is preventing New Mexico from storing water in reservoirs built after 1929 because of the low levels and the state currently owes water from the Rio Grande to downstream users.

Meanwhile, water users in the Pecos River basin will be relying on augmentation wells this year.

As streamflow in much of the state is well below average, the reservoirs have dropped.

Meanwhile, in the northwest portion of the state, Navajo Reservoir is 62 percent full. Because of the low amount of water in Navajo Reservoir, the U.S. Bureau of Reclamation is not having the spring peak release this year that is usually done to clear out the channel and improve habitat for endangered fish like the Colorado pikeminnow.

These reservoirs provide recreational opportunities as well as municipal and agricultural water.