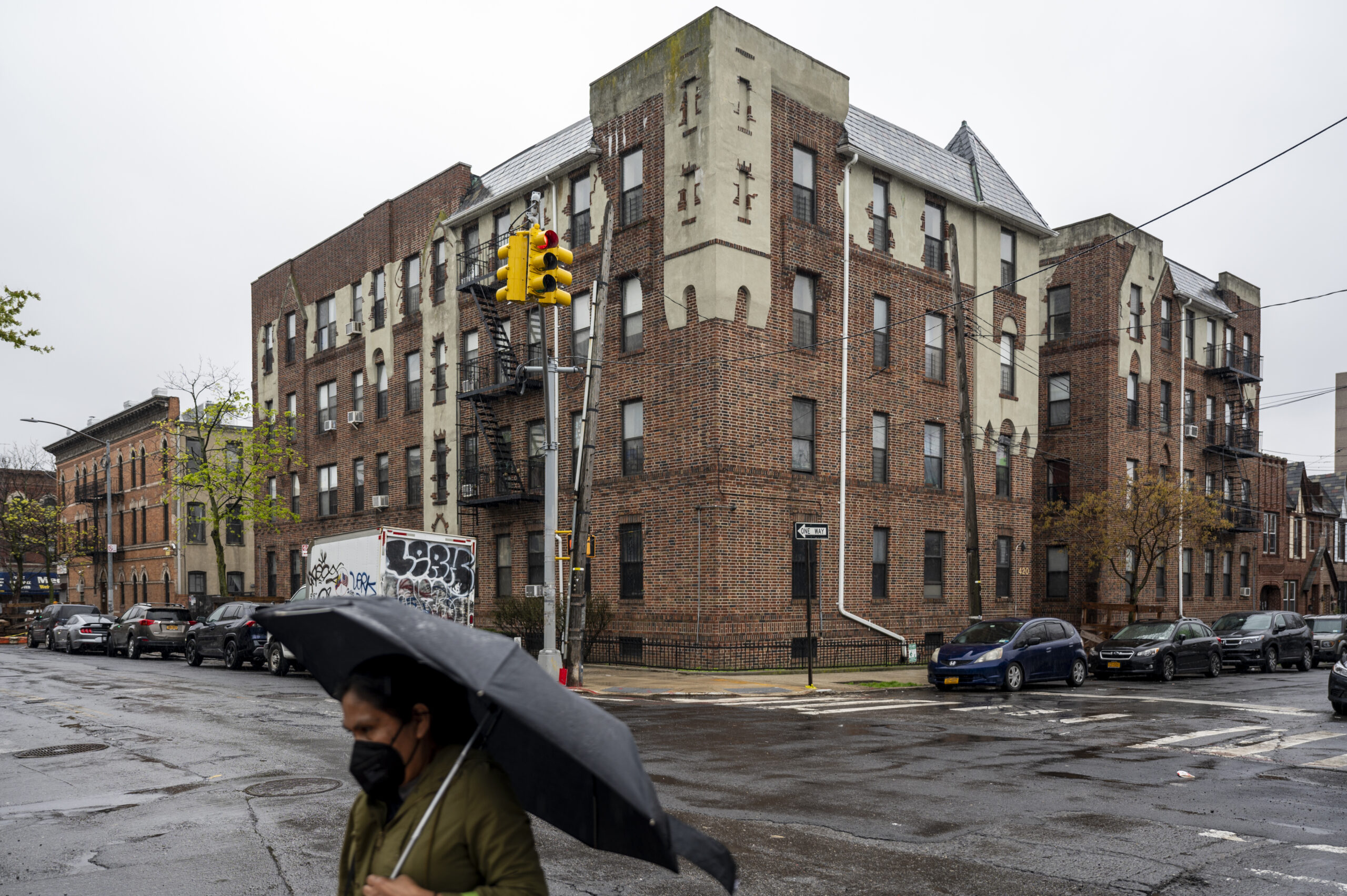 A Brooklyn nonprofit that entered a limited partnership agreement with an investor to renovate affordable housing in Bushwick in 1999 expected to assume ownership after 15 years.

But when the 15 years were up and RiseBoro sought to assume full ownership of the building known as Stockholm Manor, SunAmerica balked.

In 2018, RiseBoro sued SunAmerica — a subsidiary of the multinational finance and insurance corporation AIG — for holding out. A federal judge decided in SunAmerica’s favor.

Now RiseBoro is pursuing an appeal in the U.S. Court of Appeals for the Second Circuit — joined on Wednesday by state Attorney General Letitia James and city Corporation Counsel James Johnson.

“Thousands of New Yorkers depend on the LIHTC program to provide them with safe, stable and affordable housing,” James said in a statement Thursday. “For private investors to try and skew the terms of this affordable housing program for their own financial gain is as harmful as it is unethical.”

In a brief to the court, James and Johnson say that letting SunAmerica take possession could pose a grave threat to a program that anchors affordable housing preservation development in the city and nationwide.

They argue that letting SunAmerica take over the building would contradict the tax credit law passed by Congress and an established history of investors selling buildings to their nonprofit partners at low cost under a so-called right of first refusal.

Enacted by Congress in 1986, the tax credit program led to the creation of 3.2 million affordable housing units between 1987 and 2018, according to the U.S. Department of Housing and Urban Development.

“But in this particular case, SunAmerica is trying to rewrite the rulebook,” Kurtz told THE CITY. “And we can’t stand for that.”

In a blog post earlier this month, the Association for Neighborhood and Housing Development — a network of nonprofit housing groups in the city — identified investors like SunAmerica seeking to bail out of tax credit deals as an “emerging threat to nonprofit affordable housing.”

“Bad actors are attempting to extract more profit out of affordable housing development, far beyond what the LIHTC program was designed to offer,” wrote ANHD’s Eliot Hetterly.

Kurtz agreed, noting that outside of tax benefits, the program was never intended to be “an investment vehicle” to cash in on a property’s appreciation and value.

When the nonprofit then known as Ridgewood Bushwick Senior Citizens Council struck the deal more than two decades ago, Bushwick was a largely poor and largely Latino community. But the former industrial neighborhood has since gentrified.

A 30-year agreement between RiseBoro and SunAmerica ensures the units remain affordable, safeguarding residents from the immediate outcome of the court battle. That agreement expires in 2030.

At that point, Kurtz said, the building could see turnover as tenants leave. “There could potentially be a loss of affordability,” she said.

However, Kurtz added, tenants could be affected sooner.

“We believe that the tenants will be impacted the minute that their building is no longer controlled by a nonprofit,” she said.

Jessica Santiago, a 22-year resident of Stockholm Manor, said she learned about the case from a fellow tenant about a week ago, and remembered hearing of past talks about the ownership, but “put it on the back burner and didn’t think about it.”

“A lot of us have been here for 20 years,” said Santiago, 43. “All the kitchens are worn down. Bathrooms are worn down. I mean, other than that everything else is pretty good.”

The city housing department’s code enforcement portal shows 20 open violations at the building, including for leaky ceilings, broken windows and “an unacceptable electromagnetic locking device installed at the vestibule door” on the first floor.

RiseBoro would like to perform much-needed improvements and repairs on the property but is unable to due to the ongoing litigation, Kurtz said.

She said this is a fight her group intends to see through: “There’s this assumption that a nonprofit wouldn’t dare fight the Goliath.”