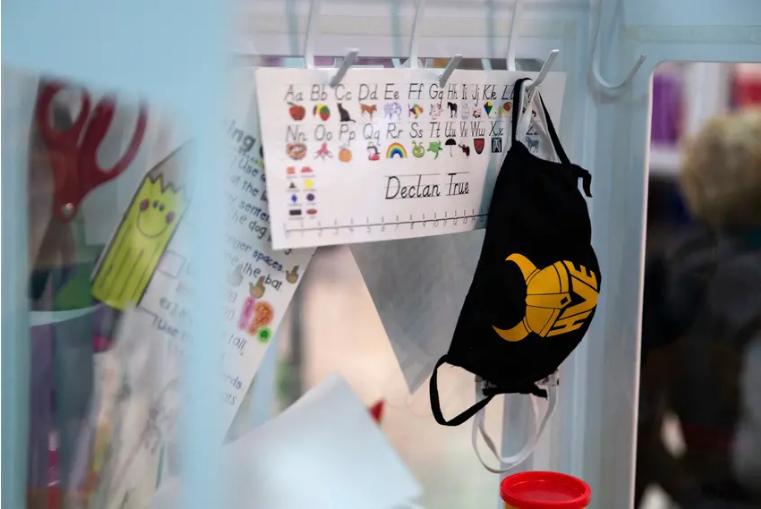 Texas school superintendents did not receive advance notice of Gov. Greg Abbott‘s announcement ending the state’s mask mandate Tuesday, leaving them scrambling to tell parents and educators what to expect.

Declaring it time for Texas to reopen, Abbott said his mask mandate will end next week, but failed to explain how the decision will impact schools. Texas Education Agency officials said they will release updated guidance this week.

Many superintendents told The Texas Tribune or sent notices to parents saying they plan to continue requiring masks in schools, despite the governor’s decision.

“We were not officially notified. However, we have been anticipating an announcement based on what we have heard in the news,” said Jodi Duron, superintendent of Elgin Independent School District. “While our educators have not been prioritized for the vaccine and while a vaccine is not yet available for students under the age of 16, school districts need to be able to continue their current protocols to ensure the safety of our students and staff.”

Abbott also announced Tuesday that businesses could completely open as part of his plan to get the state closer to normal this spring. Health experts recommend wearing as many as two masks indoors to protect against COVID-19, especially as more contagious variants circulate.

Abbott’s executive order says “public schools may operate as provided by, and under the minimum standard health protocols found in guidance issued by the Texas Education Agency.” But the agency’s health guidance says schools must comply with the governor’s — now defunct — mask mandate. It also says schools are allowed to require the use of masks or face shields beyond that mandate.

Experts say that attending school in person can be relatively safe, if community spread of COVID-19 is contained and if schools follow safety procedures including the universal use of masks.

Teachers have been among the most vocal advocates for more safety protocols, with some concerned their schools are not doing enough to keep them safe. Teachers were not explicitly prioritized for vaccine access in Texas, angering many teachers groups.

“Lifting the mask mandate at a time when most educators still don’t have access to a COVID-19 vaccine and are anxious about being in close proximity to large numbers of students and fellow staff only adds stress to the already crushing pressure placed on our school employees during the pandemic,” said Shannon Holmes, executive director of the Association of Texas Professional Educators. “This ill-advised move is likely only to prompt educators to resign or retire.”

In the past, the TEA has declined to enforce Abbott’s mask mandate in schools. In November, the Tribune reported that North Texas-area Peaster ISD chose not to require masks as required, despite being in a county with more than 20 active cases. The TEA said it would not take action because the concerns from parents “appear to be local in nature.”

“School districts and local health officials are in the best position to make decisions specific to their respective communities,” the TEA said in a statement at the time.

Andrew Morales, a fourth grade teacher at High Point Academy in North Texas, saw Abbott’s announcement in the news and was “really pissed, but not surprised.” His colleagues all consistently wear masks at school, even if they are skeptical about the science behind it, and his school has enforced the mandate well.

Despite the governor’s order, Morales expects his district’s enforcement to continue. “They have not wavered from the guidelines that they set in the beginning, and I think even with parental pressure, they have done a good job of just sticking with it,” he said. “It’s paid off for the most part.”

His district announced in an email Morales shared with the Tribune that it would “proceed with caution” while continuing to require masks and reevaluate after getting more clarification.

This article was originally posted on Caught by surprise, Texas education officials unsure how end of mask mandate will affect schools