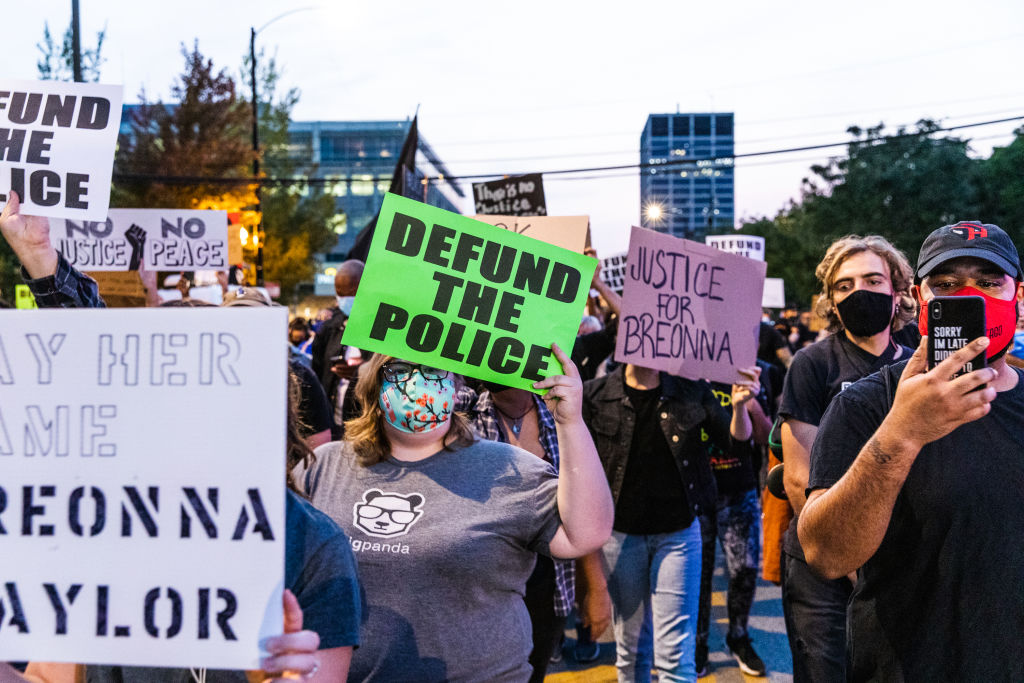 By this fall, 55 Chicago high schools with school police officers will have a new accountability mechanism: school-level safety teams charged with developing a plan for safety without police.

The teams could put Chicago one step closer to ending its school police program. The issue has been controversial but overshadowed by the district’s efforts to reopen schools, a struggle that gained national attention.

District officials said Wednesday they hope to reopen high schools, some of which have Chicago officers stationed inside the school, before the end of the school year.

Despite that pressure, and a heated debate among board members on whether to keep the program, Chicago’s board of education narrowly voted down a resolution last fall that would have ended the school police program. Instead, the board passed another resolution urging the district to develop a police-free safety plan by the spring.

Now the plan is in motion, with the district leading a series of community engagement meetings. It’s a sign of Chicago Public Schools’ efforts in recent years to broaden public engagement on critical education issues, including a review of the school ratings process, for which there will be public meetings next month. But it also highlights some of the challenges of doing that work during a pandemic and amid a tense debate over school reopening.

At the community meetings, the conversation focused on residents’ experiences with campus police and possible safety alternatives to the program. On Tuesday night, at a discussion led by the parent group COFI Power PAC, the grandmother of a student who was tased by campus police, told her story. (There is an ongoing lawsuit against the school.)

“I often hear people say that the purpose of school resource officer program is for police officers to build healthy relationships with students,” said Denise Dyer, whose granddaughter was tased by a school police officer in 2019 at Marshall High School in an incident caught on camera. “But why? Why can’t our children build relationships with counselors, social workers, teachers?”

Tuesday’s conversation went on for more than two hours as parents and grandparents of Chicago Public Schools students delved into their own families’ experiences. While those experiences did not make headlines, family members described how they were negative and stressful.

Rosalva Martinez said her son had been involved in an altercation with a longtime bully in elementary school that was broken up by a school police officer who then placed her son in handcuffs.

“That’s social-emotional trauma for a child to be sitting there and having handcuffs on,” said Martinez, who said she saw many similar instances at her son’s elementary school in Wicker Park. She now has a daughter at Lane Tech College Prep, where the school council voted to remove officers this past summer. “I am adamant – I do not want police in the schools.”

Other parents made clear that, while they weren’t against police altogether, they wanted them to function as they would on the street. “I don’t need police to be sanctioned, or to live inside my home on a daily basis,” said one speaker. “But if I need to call you, it will be great for you to come out.”

There will be three more community meetings this week for broad conversations on what school safety could look like before the process moves to the school level. (The next meetings take place virtually at 4:30 p.m. Feb. 24, and at 4 p.m. and 5:30 p.m. Feb. 25. Register for the meetings here.)

Eventually, the notes from Tuesday’s event will be shared with a city-wide steering committee, which will offer a final set of recommendations. From there, high schools with stationed police officers, of which there are currently 55, will be asked to form school-level safety teams.

The teams will create a school-level safety plan that will be voted on by the school’s local council, an elected body of parents, teachers and community members. Those same bodies were tasked with voting on whether to keep school officers last summer, a contentious process that critics say they were asked to do with too little support or consideration for the lack of transparency of some councils.

Even while it’s not yet clear when Chicago high schools would return to in-person learning, Tuesday afternoon’s meeting allowed participants to imagine alternatives to school police.

Among the suggestions: a staff member who acts as a peacekeeper to deal with conflicts, training for parents to support their children with school discipline issues, and, everyone agreed, more mental health support for students.

One parent summed up their hopes this way: It’s about “just making sure that they have the right tools and the resources as you figures of authority in the schools, as caretakers in the schools, to make the right decisions and be emotionally supportive to the student.”

Want to read more on this issue? See our earlier coverage here: