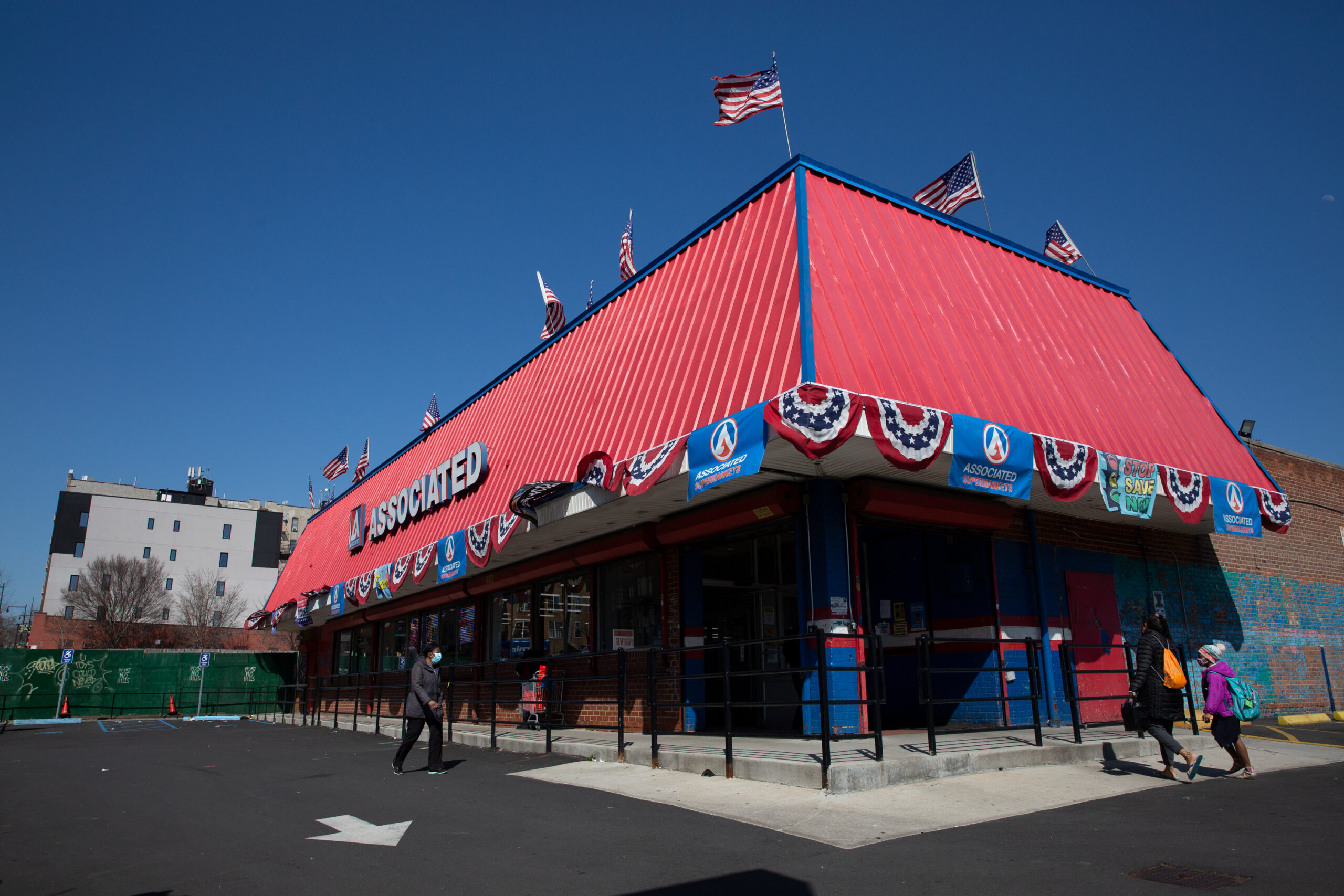 A Crown Heights supermarket facing the bulldozerdespite locals’ pleas to keep it open is confronting a second blow from its landlord: a lawsuit claiming the grocer trashed the building owner’s reputation to derail a new real estate project.

A complaint filed March 10 in Manhattan Supreme Court alleges that Pablo Espinal, owner of the Associated Supermarket at 975 Nostrand Ave., undertook a “smear campaign” against the landlord, Midwood Investment and Development, causing losses of “millions upon millions of dollars,” tax benefits and future business opportunities.

The case cites coverage in a local news website that highlighted the dismay of many area residents over the impending loss of their supermarket, which has operated on the site for 30 years. A grocery store has occupied the spot, near Empire Boulevard, since 1970.

Earlier this month, Associated received a notice that requires it to vacate the property in 30 days — no later than April 8.

The lawsuit claims that Espinal and Associated “have chosen to take the Premises hostage and are now intentionally trying to harm Landlord through whatever means possible in a vindictive manner.”

In the January article in Bklyner, Associated store manager Manny Tavares said that Midwood saw development booming nearby and got the idea that it could “take advantage” of the property — a statement the firm said is not true.

The lawsuit also argues that Espinal is exploiting a statewide moratorium on commercial evictions, which Gov. Andrew Cuomo extended in January until May 1.

A spokesperson for Midwood asserted the firm will sue Espinal again if Associated doesn’t leave.

“If Mr. Espinal fails to comply with the 30-day notice, Midwood will seek court intervention and pursue all available damages and remedies under the lease,” said the representative, James Yolles.

Yolles added that Midwood plans to include affordable housing and retail, including a space for a supermarket larger than Associated’s. The current market is 16,000 square feet, not including storage or its ample-for-New-York-City parking lot.

“We appreciate local concerns about the temporary loss of a grocery store on this site,” added Yolles. “At the same time, we are hopeful that community members will see the benefits of replacing an oversized surface parking lot and a 50-year-old obsolete building with much-needed affordable housing and a new, larger supermarket to serve the neighborhood.”

A lawyer for the Associated also declined to comment on the lawsuit, but lauded the market for decades of service to the neighborhood.

“The Associated Supermarket is an anchor of the community,” attorney Matthew Lizotte said in a statement. “During the most dire times of the coronavirus pandemic, the supermarket offered food vouchers to people in need, donated food and set aside hours for seniors to shop safely.”

Associated’s 35 workers will lose their jobs if the market vacates. That part is upsetting to Mariatu Fofana, who was shopping at Associated on a recent weekday.

“Think about the workers, where are they going to go?” said Fofana, 62, of Crown Heights. “They’ve got to look for jobs and this is a pandemic. Everyone is suffering.”

Tavares, who has worked at the Associated since 1991, said “the mood is depressing” in the store.

“We don’t know what tomorrow will bring us,” he added.

Since the market’s five-year lease ended in June, Espinal has been renting month to month. A lease extension compromise hasn’t materialized as local leaders and community members have petitioned and rallied to save the supermarket.

Many have expressed fears that the area will become a food desert without Associated, which is known in the mostly Black and Caribbean community for its reasonably priced groceries.

Stephanie Adams, 59, a lifelong resident of Crown Heights, said Midwood should “leave us alone.” She said she’d be devastated if she could no longer shop at the market.

“That means you have to travel way out downtown to shop,” said Adams, who was picking up groceries last week. “You know, we got to go out of our ways to shop. There’s not too many places around here that you can get quality food from.”

“You take this away, you take away the community,” Adams added. “I’m telling you, I’m watching this community dissipate slowly but surely.”

Eunice Turner, 70, of Crown Heights, said the fair thing to do is to give Associated an option to lease again when a new building arrives. She questioned the need for a new real estate project.

“Do we really need another development in this space?” she said.

She pointed to an upscale building across the street that didn’t appear to be fully occupied, with a retail space on the bottom floor that had been vacant for years.

“What we really need is real, truly affordable housing and get some of these people out of these shelters. Why aren’t they building houses like that?” she said.

‘A Lack of Humanity’

“To give an essential business that has essential frontline workers that have risked their whole lives during this entire pandemic 30 days notice to vacate the property is perhaps the most tragic circumstance that I’ve come across during the entire pandemic,” Cumbo told THE CITY. “It is the epitome of a lack of humanity.”

Yolles said Espinal has declined every offer from Midwood to date — including “an opportunity to reopen his Associated in a bigger, improved space planned for the site, on top of a generous financial offer.”

Yolles told THE CITY Midwood offered Espinal “$300,000 in addition to the right of first offer on the new supermarket space in the planned development in exchange for assurances that he would vacate the property by the end of July.”

When the market declined that deal, he added, the owner floated a $400,000 payment if he simply agreed to leave.

The market ownersdeclined that offer too, Yolles said.

Associated’s attorney said the markets’ owners were given no viable choices — only what he called a “misnamed ‘option’ agreement that merely gave the supermarket the right to make an offer to lease space in the redeveloped property.” It would be up to the landlord to decide whether or not to accept that offer, Lizotte said.

The grocer declined the offer, he said, because it failed to “provide the supermarket with a firm option to reoccupy at market rent.”

Yolles said Associated demanded “unreasonable guaranties and terms that no owner would provide.”

‘Stand in Front of Bulldozers’

Cumbo said she has spoken to representatives of the developer and the grocery owners, to no avail.

The property owner has the right to develop without any special permission, she notes — denying the Council the kind of leverage its members often exercise when protest greets a proposed project.

With the clock ticking, she says she’s looking to sound the alarm, so loudly it can be heard far from Crown Heights.

Cumbo said the next step is elevating the issue to Mayor Bill de Blasio, Attorney General Letitia James and the Black, Latino and Asian Caucus of the City Council.

She said that she never enters a battle that she does not intend on winning. She’s intent on pressing Midwood to reconsider.