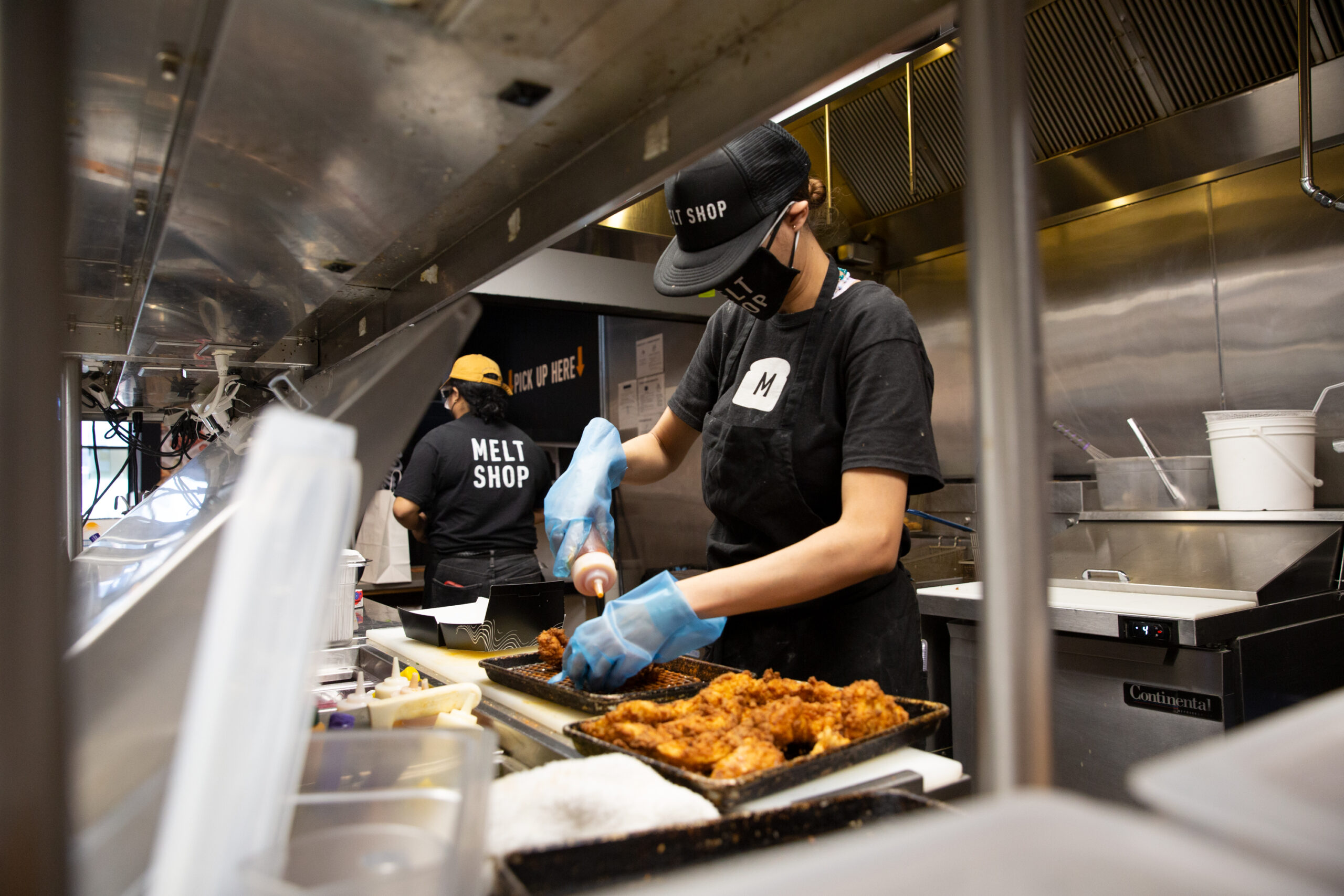 Spencer Rubin spent Wednesday waiting for a building inspector at his Melt Shop location on 50th Street between Fifth and Sixth avenues, which he hopes to reopen next month.

But Rubin, the co-owner of the 15-shop chain, isn’t just unshuttering his eateries — he’s out “kicking the tires” on closed restaurants in other areas of Manhattan as he looks to expand.

“No one is asking for the kind of rents they did in 2019,” he said. “That reduction in operating costs and reduced capital costs of opening in second-generation restaurant spaces means that New York is preparing for one of the best opportunities for restaurant openings in a long time.”

Rubin isn’t the only one “kicking the tires,” is the cliché now being heard in conversations with real estate brokers around the city.

If the brokers are right — keeping in mind their stock-in-trade is optimism — New York City could see some vacant storefronts reopened, especially for uses related to health and pets, and as hubs for home delivery. Home décor shops, which have boomed during the pandemic as people with jobs spend money fixing up their homes, are also out looking for space, brokers say.

“There will be a significant snapback,” said Annette Healey, executive vice president with CBRE’s retail brokerage group. “There is no lack of interest in [from national companies] in setting up a beachhead here at numbers that work.”

New York City lost a record 631,000 jobs last year, and few sectors have been hit as hard as leisure and hospitality, which includes restaurants. The sector has shed half its position as remaining restaurants scramble to stay alive with the amount of indoor dining allowed inching higher.

Many retail operations, from mom-and-pop shops to chain stores, have shuttered or have barely clung on, relying heavily on Payroll Protection Program loans to get by. It’s been particularly tough for businesses in Manhattan, slammed by the double loss of office workers and tourists.

Yet as spring approaches and vaccination rates grow — and rents drop — Healey and other real estate executives say they’re starting to see hints of a rebound, especially for businesses able to pivot to meet current and anticipated post-pandemic demands.

No one keeps complete statistics on retail space in the city. CBRE tracks 16 major retail corridors in Manhattan and a recent report showed that only two million square feet were leased in the last three months of 2020, marking the sixth consecutive quarterly decline and half the peak of the spring 2019 number. (No reliable public data exists for the other boroughs.)

The number of ground floor spaces available directly from landlords in Manhattan corridors now tops 250, up 25% from a year ago. Others are likely available as subleased space from existing retailers.

Yet shuttered may not mean abandoned.

“As we canvass streets and sometimes you can’t tell if it is vacant right now but the company may be coming back,” said Healey.

The Brooklyn retail scene has held up better than Manhattan, said Alex Beard, managing director at Ripco Real Estate, because of its residential population — including many no longer commuting to Manhattan.

“Lunch business for restaurants has picked up and there is more shopping locally,” he said.

He added that established restaurant operators who have strong lunch businesses, have improved their delivery service and operate grab-and-go shops are the ones most aggressively seeking additional space.

His first outlet debuted in 2011 as a grilled cheese shop. Now the locations offer what Rubin calls “fast fun food” with food ranging from burgers to the suddenly hot menu item of crispy chicken to “amazing” salads to milkshakes. Rubin also established a series of what he calls virtual brands — adding such items as gourmet mac and cheese and wings that are made in the shops for delivery and pickup.

His Manhattan locations include spots in the Flatiron District, near the South Street Seaport and Lincoln Center. His key targets for new outposts: areas where his current delivery operation doesn’t reach.

The key though will be whether he can strike great deals.

The average asking rent in the areas CBRE tracks has fallen to $652 per square foot, down by about 10% from a year ago and the lowest since 2011. Asking rents are frequently discounted in negotiations, especially with a series of rent-free months.

The deals Rubin is discussing include periods of free rent — along with rent being a percentage of the sales in the first two years, followed by a reset to market rents in years three and four.

Some landlords are asking for 20% of sales, but Rubin is only interested in paying 10%, given the restrictions on occupancy and sharply lower foot traffic. He is also looking for spaces that are basically move-in ready, sharply reducing his upfront costs.

“We feel we have a really strong product, our concept did well in the pandemic and our sales are growing,”  he said. “We are excited.”

“While there’s a lot a doom and gloom in the city’s restaurant industry, there’s also opportunity,” he said.