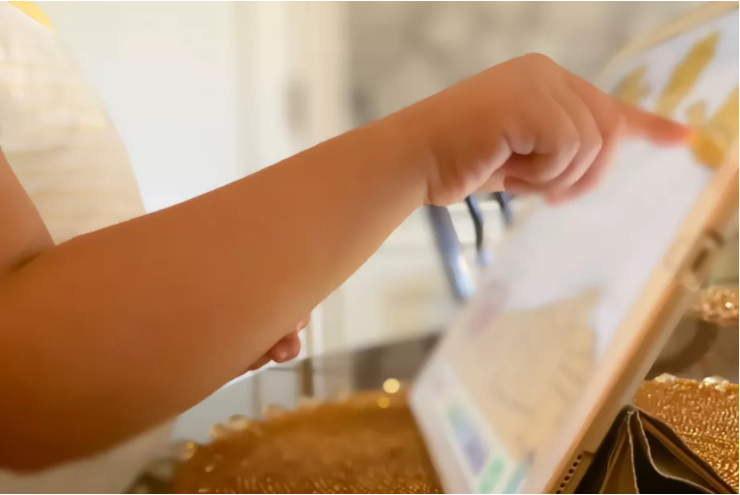 Glenda Liner started this school year with a lot of familiar names on her class roster. But as she geared up for more remote teaching, it was the newcomers she worried about.

So before the year began, she visited each of her new students’ homes — at a careful distance — to say hello and talk about the school year ahead.

“It made a difference,” said Liner, who teaches on Chicago’s South Side and has been an educator for 20 years. For her students, all kindergarteners, first graders, and second graders with autism, that in-person check-in helped her gauge their skills and needs. “Can they write? Do they need occupational therapy? I need to see them.”

Now, some of her students have returned to the school building, while others remain at home. The setup requires juggling two groups of students, and for remote learners, lots of hands-on support from parents weary from frequent schedule changes. Still, Liner said, some aspects of this year have been reassuringly normal, with students picking up new skills, doing science experiments, and surprising those around them with their insights.

Chalkbeat spoke with Liner about her approach to remote teaching, the loss of field trips, and how she used her own vegetable garden to teach science.

How do you get to know your students and build relationships with them?

I talk to them every day. If you teach the parent how to pin the screen, the student is only looking at you and only talking to you. That’s what has made this so special. You can talk to a child and they can feel like you are only talking to them because they only see you. I’ve gotten more from some students remotely than I ever would have in the classroom.

That’s if they’re not distracted, if they have headphones in a situation where they would be distracted in the house, if they’re capable of being by themselves and the parent checks in on them every few minutes. That’s a lot. If the household around them is chaos, that’s where the problem comes in.

I still have most of the same children I had in March. When we transitioned in the spring, I already knew the parents, I already knew the children. This school year, I have four new kindergartners, but before we started school, I went to their homes so I could get eye contact and say hello and say what our expectations were. So even before we got on camera, I had seen them physically, and they had seen me physically.

What’s been the toughest part about teaching this year?

I can’t have hands-on time with the students. With parents, I’ve kind of taught them how to be the paraprofessionals, since most of my students need hand-over-hand assistance or verbal prompting.

I can’t take students on field trips in person. For my children, that’s important. I need to take them to the zoo, to the museum. We do some with YouTube and SAFARI Montage. I don’t let it be a stumbling block. I just take a detour around it.

My biggest challenge, though, is getting some of the parents to leave their kids alone. I’m not always looking for the correct answer immediately, I’m looking for them to process the question I’m asking them. That’s hard. Don’t give them the answer!

What lessons have gone particularly well?

Today, I’m having kids go out and get some snow. That becomes a science experiment. During the spring, we were talking about vegetables. I have a garden. So I ran outside and said, here’s a cucumber. We make it work so they’re doing hands-on work at home. They’re really successful when parents get into it. It’s fun when they have fun.

What’s been really good, which happened a couple weeks ago, was when one of the parents did not realize that her child could really do what I asked them to do. They were like, I didn’t know he knew those words. I was like, just because he’s nonverbal doesn’t mean he doesn’t understand what’s going on around him!

My thing is, I need students to know their name, address, phone number, north, south, east, and west. I need them to be able to count money and look at a calendar. I try to teach them functioning skills at the earliest possible point in their lives. When they leave me, I can’t assume someone else is going to teach them.

What can we learn from this moment?

For teachers, be flexible. When technology doesn’t work, don’t panic.

As a parent, you can really see how your role is so important. As we go through life, every day is an opportunity to teach. It doesn’t all have to be inside a classroom. When you’re going to the grocery store, and you’re asking them to select items — how much do you think is in the cart? Show me how much it weighs. Everything does not need to be computerized for it to be a teaching moment.

This article was originally posted on For this Chicago educator, teaching students with autism means teaching parents when to help and when to back off