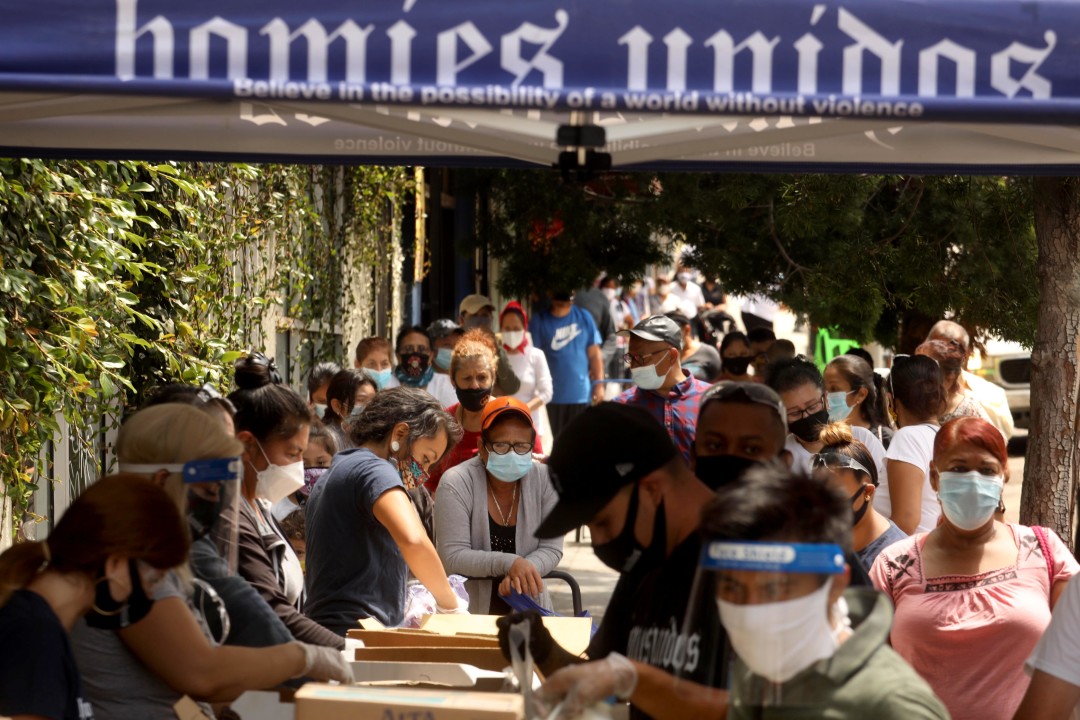 As we begin to glimpse what might be the beginning of the end of the pandemic, what does hope mean? It’s hard not to sense the presence of hope, but how do we think of it?

Hope is fragile but tough, fugitive but tenacious, even adhesive. It sticks: Hope “stayed behind/in her impregnable home beneath the lip/of the jar,” wrote the ancient Greek poet Hesiod in his poem “Works and Days.” While the evils released from the jar by Pandora fly out into the world, hope remains.

Written in the 19th century, poet Emily Dickinson’s version of hope is “the thing with feathers” that “perches in the soul” and perseveres; it sings “and never stops at all.” Dickinson invites us to imagine Hope frail as a bird, fluttering. It doesn’t fly away – but that verb “perches,” suggesting that it always might.

That Dickinson’s hope “sings the tune without the words” might suggest that hope provides a general, even generic response rather than a specific remedy tailored to the occasion. Nevertheless, even in the sorest storms, hope is available.

Which isn’t to say that hope is always consoling. When we turn to hope, have recourse to hope or even hope against hope, it isn’t at moments of triumph or complacency. Rather, we need hope at moments when things feel precarious.

Once we recognize this simple principle, the intuitive truth that hope is a companion of anxiety turns up everywhere.

In 2018, the Rubin Museum in New York City mounted a participatory art installation entitled “A Monument for the Anxious and Hopeful.” Artist Candy Chang and writer James A. Reeves asked “visitors to anonymously write their anxieties and hopes on vellum cards and display them on a 30’ x 15’ wall for others to see.”

Tracy A. Dennis-Tiwary, a psychology and neuroscience scholar, notes that over 50,000 cards were submitted. The cards, writes Dennis-Tiwary, “reflected … immense optimism and fear. … It was not obvious unless you looked closely, but the juxtaposition of the two card types revealed a pattern: the anxieties and hopes were often the same. … The monument showed how anxiety and hope go hand in hand.”

Chang and Reeves write that “Anxiety and hope are defined by a moment that has yet to arrive.” Put another way, writes Dennis-Tiwary, “when we imagine and prepare for the uncertain future, anxiety and hope are intrinsically intertwined, forever transforming from one to another.”

The Athenian dramatist Euripides was a peerless psychologist with a particular interest in the stresses of decision-making. His play, “Iphigenia among the Taurians,” is less a tragedy than a melodrama or romance, with a happy ending against the odds.

In the following passage, the resourceful Iphigenia – a priestess whose job it is to sacrifice foreigners who land on the shores of her captor’s island – is devising a complicated strategy to free at least one of her prisoners and thereby send a message to her family back home. She’s unaware, at this point in the drama, that one of the captives whom she’s supposed to sacrifice is her own brother Orestes. She has thought of a clever scheme, but the hope engendered by it, the very possibility of its success, also makes her anxious. Here’s my translation:

As with the plot of any exciting movie, we’re rooting for the good guys, and our hope is balanced by uneasiness. Suspense!

Iphigenia’s next words to Orestes are also acute:

Will the lucky winners, the survivors, forget about those who, having perhaps enabled them to escape, have been left behind?

This is Iphigenia’s entirely reasonable worry. Even the hoped-for and possible success of her scheme may have a downside. As Chang, Reeves and Dennis-Tiwary all point out, hope and anxiety are so closely intertwined that they may turn out to be different sides of the same coin.

A year into the pandemic, spring is about to arrive. A recent New Yorker article notes that “here in the city there are green shoots … who can’t imagine that happier days may soon be here again?” The word hope isn’t mentioned, but a hopeful aura pervades the passage.

Yet nothing is certain. Trump and Trumpism glower in the wings and also in the political arena. New viral variants abound. There may be a light at the end of the tunnel, no doubt – but how long will that tunnel be? Hope requires patience.

In a famous passage in Plato’s “Republic,” Socrates evokes the limitations of human vision by using the allegory of an underground cave whose inhabitants have never seen the daylight. The passage never mentions hope, but it does mention the reluctance of the prisoners, whose lives have been spent underground, to be dragged into the light, which dazzles their eyes.

Hope doesn’t go away, but it morphs and mutates. Have we become habituated to despair?

This article was originally posted on Holding on to hope is hard, even with the pandemic’s end in sight – wisdom from poets through the ages