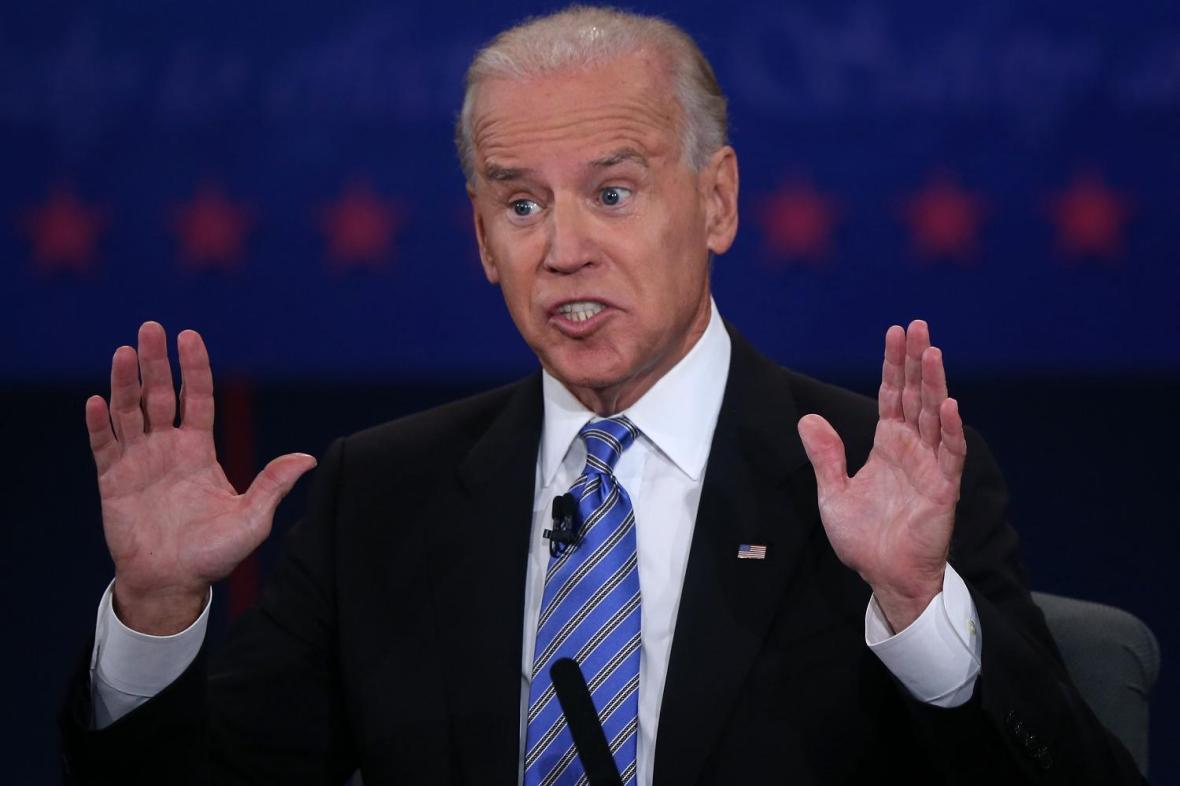 Dr. Tim Alford knew that Mississippians were struggling to get health care before he began working in the emergency room in this small town five years ago.

It’s far worse than he thought, said the longtime family physician and past president of the Mississippi State Medical Association. “People are not being able to get their primary care, so they default to the emergency room. People are flocking here because so many people are locked out of the system.”

More than one in five Mississippians don’t have health insurance, one of the highest percentages of uninsured in the U.S. The five highest are all Southern states, none of which has expanded Medicaid, except Oklahoma, where the expansion starts in July.

“The emergency room is the wrong place for people to get primary care,” Alford said. “It’s wrong in every way.”

For starters, there’s the cost. The same hospital services may run 10 times higher in an emergency room.

The relationship between a medical care provider and the patient is a key to good primary care, and that’s difficult in an emergency room, Alford said. “Emergency rooms have their place, but the operative word is ‘emergency’ and not primary care.”

When he knows a patient needs a follow-up visit with a doctor and that patient can’t pay for such care, he said, “I feel as if I am referring them into the eternal abyss.”

Each day at the emergency room, the people pour in, he said, many of them “the salt of the earth — teachers’ assistants, truck drivers, check-out cashiers, people you run into in a small town who don’t have an ability to pay a (monthly) premium.”

They don’t have the ability to pay huge medical bills, he said. The average patient hospitalized for COVID-19 gets slammed with a bill of more than $73,000.

It comes as no surprise then that Mississippi, the nation’s poorest state, has the highest number of people with past-due medical bills, 41%, nearly twice the national average.

So far, 38 states have expanded Medicaid, many of them creating their own version, including Indiana when Mike Pence was governor.

If Mississippi had followed Indiana’s lead, it would have added more than $1 billion a year to the state coffers, Alford said. “We have squandered billions away that could have saved lives and helped our economy. It’s a real tragedy for our state to see politics prevail over what is right and good.”

Insurance Commissioner Mike Chaney sees a health care crisis in Mississippi. “There are 30 to 35 hospitals that could close because they have no income,” he said.

Since 2014, five of the state’s 64 rural hospitals have closed their doors. Two-thirds of those that remain are losing money, with four of them filing for bankruptcy in 2018.

Arkansas, which did expand Medicaid, has seen one rural hospital close. In contrast, 52 rural hospitals closed in surrounding states over the past decade.

State Sen. John Horhn, D-Jackson, said holes in the state’s health care system are leaving rural hospitals and many Mississippians in danger. “We’re the sickest state in the country,” he said. “It’s a very calloused approach that we’re still taking.”

When talk arose of expanding Medicaid in 2014, the state economist told lawmakers the expansion would have a $9 billion impact on the economy and create at least 9,000 new jobs, he said, but then-Gov. Phil Bryant balked at the change.

Current Gov. Tate Reeves has also voiced his concern about rural hospitals, more than half now at risk of immediate closure.

“I am very concerned about access to health care in rural parts in Mississippi,” he told MCIR. “I think it’s critically important that we focus our conversation around not only affordability but accessibility to rural facilities around Mississippi.”

Despite this expressed concern, the Republican leader has rejected Medicaid expansion.

Alford said if Mississippi’s leaders would expand Medicaid, “it would really be a shot in the arm. It would save rural hospitals that are at the brink of closure.”

Overall, Mississippi hospitals have to pay more than $600 million a year for uncompensated care, according to the Mississippi Hospital Association. The association commissioned the Perryman Group, which concluded that Medicaid expansion would reduce these losses by more than $251 million.

Alvin Hoover, CEO of King’s Daughters Medical Center in Brookhaven, said expansion would cut his more than $12 million a year in bad debt in half.

Since the Affordable Care Act (also known as “Obamacare”) went into effect in 2013, “we’ve taken cut after cut from the federal government,” he said. “Back in the day, we’d have a 3 to 5% operating margin.”

A hospital needs at least a 3% margin to reinvest in expensive medical equipment to keep up to speed, he said. “Since 2013, it’s been tough to eke out a margin.”

Additional funds would make it possible for health care providers to do more preventative care, he said. “A lot more hospitals could make an impact in our communities.”

If Mississippi expanded Medicaid, the state would receive more than $1 billion a year, according to estimates. This money would make up the 90% the federal government is paying toward health care while the state would be responsible for the remaining 10%.

The governor cites the state’s cost to expand Medicaid, which he puts at $220 million a year, to justify his opposition.

“With that amount of money, every teacher in the state could receive a $4,330 raise per year,” he said in his fiscal 2022 budget proposal. “We must work to find ways to provide healthcare for all Mississippians, especially in rural areas, but Medicaid expansion is not the answer.”

MississippiCares — which proponents say is modeled in part after what Pence did in Indiana — seeks to solve that objection by having hospitals and patients cover the state’s 10% through a tax on the hospitals and a $20 monthly premium for patients.

“If it worked with Indiana,” Hoover asked, “why can’t it work in Mississippi?”

Indiana has made many changes that differentiate it from the traditional Medicaid program, Hoover said. “The Pence plan is not Obamacare.”

Reeves said he has yet to see the MississippiCares proposal, but opposed it in general. “I’m not for Medicaid expansion,” he reiterated.

The Perryman study estimates MississippiCares would save lives, boost tax revenue more than $200 million over a decade and create more than 19,000 jobs. Mississippi’s unemployment rate topped 9% this past summer and has slowly edged downward, but a severe nursing shortage remains, with more than 1,000 jobs open.

The Democrat from Amory said there is no doubt the change would save Mississippi “100 cents on the dollar to Medicaid, thereby saving 90 cents on the dollar. There is the additional state revenue, but there also is revenue for cities because of increased sales tax. Then, of course, there is the reduction in human suffering, if that counts for anything.”

The problem is not the cost, he said. “The problem is that the governor, and the (House) speaker, both are opposed to having any additional people receive health care if the government is involved.”

Leah Rupp Smith, deputy chief of staff for Republican Lt. Gov. Delbert Hosemann, said their office is “reviewing Senate bills and working with chairs to meet the committee deadline next week. We will review any legislation the House decides to send to the Senate.”

Chaney predicted that MississippiCares faces an uphill battle, first with state leaders and next with the Centers for Medicare and Medicaid Services, which would have to grant a waiver to enable a hospital-owned health plan to manage it.

Richard Roberson, the association’s general counsel, disagreed. “Our understanding is that provider-led plans are viewed favorably by CMS,” he said, “but we have not presented our plan to them because that’s really the state’s role.”

Under the bill, Medicaid would provide 90% with the rest contributed through premiums and hospital taxes.

Asked what would happen if Medicaid stopped paying 90%, Roberson replied that the federal share cannot be lowered without the approval of Congress. “If the feds did reduce their share, the conditional language as we wrote it wouldn’t allow the state to continue to participate,” he said.

Asked if hospitals are willing to promise they are not simply passing on these costs to the consumers, Roberson replied, “The irony in that statement is that the costs of not insuring these individuals is already being passed along to the consumers. When a hospital is trying to meet its fixed operational costs and 10 to 15% of its patients pay nothing, who do you think pays more?”

Estimates put the amount that Mississippi has already forfeited for rejecting Medicaid expansion at about $7 billion. If the state continues to reject expansion, the state would forfeit another $13 billion, Chaney said.

Alford said if patients are being denied care when “an obvious solution to that denial is at hand, then that is just flat wrong.”

He fears that state leaders will continue to reject Medicaid expansion. “I’m afraid we’re going to be last again,” he said. “I do feel like the house of medicine abdicated its role in 2014, rather than holding up the torch and going in the right kind of direction.”

In 2016, members of the medical association voted to support expansion of health care coverage under the Affordable Care Act, but the association’s leaders didn’t push for expanding Medicaid coverage.

Dr. W. Mark Horne of Laurel, president of the Mississippi State Medical Association, said the organization of more than 5,000 physicians continues to support expanding access to healthcare in Mississippi. “We’re not saying Medicaid per se,” he said.

There is no question that more Mississippians need access to health care, he said. “We’re open to working with all parties that have similar goals. … Let’s find what we agree on.”

In March 2019, the nursing student from Batesville was taken off Mississippi’s Medicaid rolls because she turned 19. The timing couldn’t have been worse. She had just been diagnosed with diabetes.

As a result, she went uninsured for nearly two years, unable to afford the $1,000-a-month bill for insulin and supplies on her $8,000-a-year salary.

Except for the generosity of a local doctor who shared free samples of insulin, she never would have made it, she said. “Every single time I went, I thought, ‘What if she doesn’t give me my insulin?’”

The longer she went without health insurance, the more she wondered if she would have to drop out of nursing school, she said. Last month, she finally obtained health insurance through a job at the Panola Medical Center as a patient care assistant.

Expanding Medicaid would help many Mississippians “who fall in the cracks” like students who can only work part time, she said. “I could only make maybe $8,000 a year with the job I was at and with how heavy of a course load I took in college.”

This article was originally published on Mississippi missed out on $7 billion when it did not expand Medicaid. Will that figure jump to $20 billion?