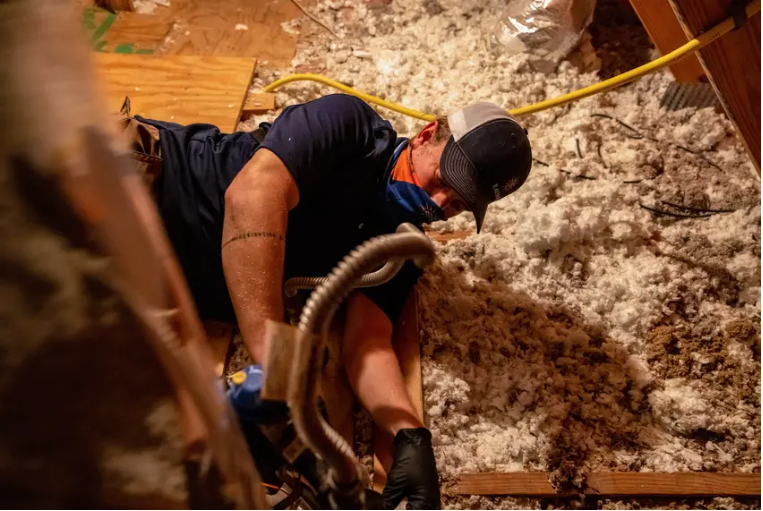 A shortage of skilled trade workers —plumbers, electricians and the like — has been growing in the state for the past decade, and that is exacerbating problems for those seeking help with broken pipes and damaged water heaters.

The long-term shortage stems from an expectation that young people go to college and a culture of disrespect for blue collar industries, said Brad Casebier, the owner of Radiant Plumbing in Austin. Chap Thornton, the business manager for UA Plumbers and Pipefitters Local Union 286 in Austin, added that the state’s low minimum wage keeps plumbers from moving to Texas and young people from entering the industry.

“Young people are being told that they’ve got to go to college and plumbing and the trades are like a fall back career,” Casebier said. “And that’s not OK, and so I think it’s a social problem that we have, a cultural problem.”

As Texans began the long road toward recovery from the storm and power outage crisis that potentially caused the most damage of any disaster in state history, millions assessed their damaged pipes and began calling plumbers or heading to their local hardware store for plumbing supplies.

Chris Taylor, a field manager for Radiant Plumbing in Austin, said demand for plumbers has far outpaced the number of available technicians. Radiant is currently receiving triple its normal number of calls per day, and the company has over 2,500 customers awaiting service.

“It’s heartbreaking, really. You’ve got a lot of people, thousands of people, that need help, that are desperate,” Taylor said. “And there’s nothing you can do for a lot of them because of the reality there’s not enough people out there to do the work.”

But even if they can find professionals to hire, parts are in short supply. Many of the companies that make parts, pipes and tools had already cut back production because of the pandemic, putting a strain on the supply chain even before the crisis in Texas.

It could take months to get a replacement water heater, and residents have reported empty supply shelves in the aisles of Lowe’s and Home Depot. Even people who want to fix their pipes themselves can’t find the right materials. And to make matters worse, consumers have to worry about the kinds of scams and price gouging that typically follow in the wake of a disaster.

During the 2019 legislative session, a Sunset Advisory Commission report on the Texas State Board of Plumbing Examiners found excessive barriers to entering the plumbing industry, including overregulation and complex licensing requirements.

The Legislature then decided to abolish the board of plumbing examiners, but Gov. Greg Abbott issued an executive order keeping the board alive at least until more discussions could be held during the 2021 session. During last week’s storm, Abbott also signed orders allowing out-of-state plumbers to obtain provisional licenses to work in Texas and plumbers without current licenses to go back to work immediately.

Licensed plumbers and other experts supported Abbott’s decision, but highlighted increasing disruptions to the supply of plumbing materials that will cause headaches for weeks to come.

“I really feel like it could become a real problem for some people, where they might wait many weeks potentially as the nation’s supply gets absorbed,” Casebier said. “I’m very concerned about the tankless water heater parts and the heaters themselves, that there may not be enough.”

Most distributors that Casebier uses to obtain parts and materials are also experiencing delays in shipments and a massive demand for products. Wednesday morning, while he was on the phone with a supply company, Casebier had just 10 minutes to commit to purchasing 100 tankless water heaters before the distributor moved on to the next client.

First: Zachary Shockency uses his phone to take a video of a leaky pipe that caused flooding during last week’s winter storm. Last: Shockency looks through the back of his truck for the right tools to fix a burst pipe. Credit: Jordan Vonderhaar for The Texas Tribune

Consumers also have to remain mindful of potential scams or price gouging from bad actor plumbers. During a crisis, plumbers without licenses or casual handymen often try to exploit residents for their own financial gain, according to disaster response expert Sean Scott.

Still, people in dire need of running water or hot water often don’t have the time to check a plumber’s credentials or pricing.

“Everyone was looking for the same thing. We live in a small town and people worked together to offer supplies and help,” said Christina Guzman, a resident of Odem. “There were a couple of people who drove to the Valley and loaded up on supplies. They probably overcharged people, but we were so desperate that we bought them.”

Thornton, Haverlah and Scott all mentioned that a plumber or electrician asking for cash or money in advance is a tell-tale sign of wrongdoing, and consumers can also check someone’s license and credentials on the Texas State Board of Plumbing Examiners website. Thornton said licensed plumbers will probably spend the next several years fixing the makeshift repairs that amateur plumbers have been making this week.

“People don’t realize how quickly things can turn bad without good plumbers,” Thornton said. “That’s your drinking water, that’s your sanitary disposal of your fluids, it’s your natural gas installations, it’s your medical gas installations in your hospitals. The regulation of plumbing is critical to protecting the health and safety of the citizens of the state and the businesses.”

Others also pointed out that this particular disaster struck at the most inopportune time imaginable: during a pandemic and a decade into a severe shortage of skilled workers in plumbing and other trades.

“All the trades across the board in Texas have been under pressure the last decade, at least in this state,” Haverlah said. “So the recovery is likely to take much longer than what it would have taken years ago, had this happened in a different time period. And I’m not sure how consumers can remedy that in the short term. I don’t think there is a remedy for it in the short term.”