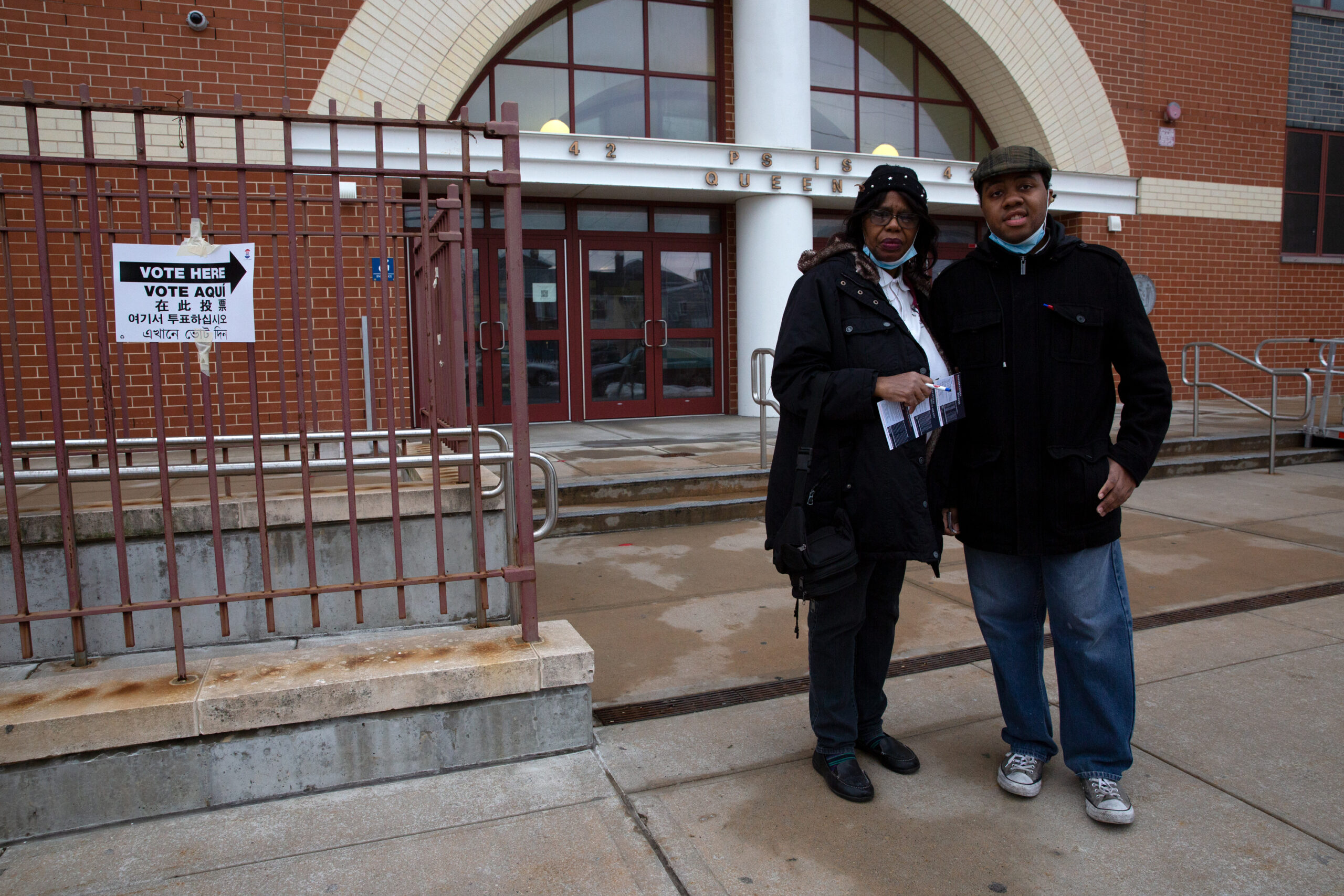 Voters cast just under 7,000 in-person ballots in the race to replace former City Council member Donovan Richards, who now serves as borough president. Selvena Brooks-Powers notched about 38% of all first choice votes in early and special election day voting, giving her a 207-vote lead over Pesach Osina, who received 35%, according to the city Board of Elections.

Some 2,000 absentee ballots remain outstanding, with just under 400 returned to the BOE so far, a campaign source said. About 95,000 voters were eligible to cast ballots in the district.

The final results will not be available until sometime next month, following a one-week wait to receive absentee ballots that New York made available on demand as a pandemic measure. Ranking tabulations will begin after that.

The district spans swaths of Southeast Queens and the Rockaways, including the communities of Arverne, Brookville, Edgemere, Far Rockaway, Laurelton, Rosedale and Springfield Gardens. The winner will hold the seat for the rest of 2021, with a primary and general election to follow later this year.

Brooks-Powers said in a statement Tuesday night that she believes she will win once the count is completed.

“I am truly humbled by the support we have received, and we’re confident that once every vote has been counted, I will be the next Councilwoman,” she said.

Osina’s campaign “will continue to monitor the results of this election, until every vote is counted and a final winner is declared,” said campaign manager Michael Lambert.

One voter in Arverne, Arlene Phipps, said that she wished that the poll workers at M.S. 42 on Beach 66th Street had explained ranked choice voting further.

“I think that there is too much confusion in this world, we need to be clearer on who’s who,” said Phipps, a child care provider who said she ranked Osina first. “The first guy we picked, we were cool with him and after that the second and third, we just gave them a little shot.”

The ballots allowed voters to rank up to five selections. If no candidate wins more than 50% of first-place votes after all ballots are counted, the person in last place will be eliminated and voters who selected that person as their first choice will have their next choice tallied instead. This process continues until one candidate receives a majority of the vote.

Susan Lerner, executive director of Common Cause NY, a nonprofit promoting civic education and participation, said that while it was anyone’s guess how long the count will take, she expected it to proceed smoothly.

“The procedure is straightforward,” Lerner said. “People like to make it sound much more complicated than it is.”

The nine-way split contrasts with the first election of New York’s ranked choice voting era, also in Queens — where one candidate amassed much more than the 50% needed to declare outright victory.

Gennaro clinched the win with strong support from the Orthodox Jewish community in the district, which has sizable Asian-American and Jewish populations.

But with ranked choice voting in play in District 31, the Jewish vote may not be enough to put Osina, who is Jewish, over top. All other candidates in the contest are Black or Latino and the district is predominantly Black.

“Brooks-Powers won across the district, basically everywhere outside of the Orthodox community,” he said.

Rosenblatt is also looking ahead to the June 22 primary, when the likely decisive Democratic nomination to hold the seat for two years starting in 2022 will be up for grabs and turnout is expected to be higher.

He expects that former Richards chief of staff Manny Silva, who currently trails Brooks-Powers and Osina, could have a better shot then.

Alexander Morfe, a spokesperson for Silva, said the campaign was “disappointed by the dismal turnout, especially in Rockaway,” and that no decision has yet been made on whether the candidate will run in the primary. Petitioning begins next week to appear on the June ballot.

Another contrast with the special election three weeks ago was the quieter role of outside groups exempt from city campaign finance restrictions.

While a group tied to the real estate industry spent more than $200,000 to support Gennaro and sideline a Democratic Socialist opponent, just $15,000 went to mailers and cards for District 31 voters — all boosting Brooks-Powers and all from labor unions.

The city Board of Elections will count ballots and conduct ranking manually to certify this election, NYC BOE Executive Director Michael Ryan said at a public meeting Tuesday, adding that state approvals are still being finalized to use ranking software.