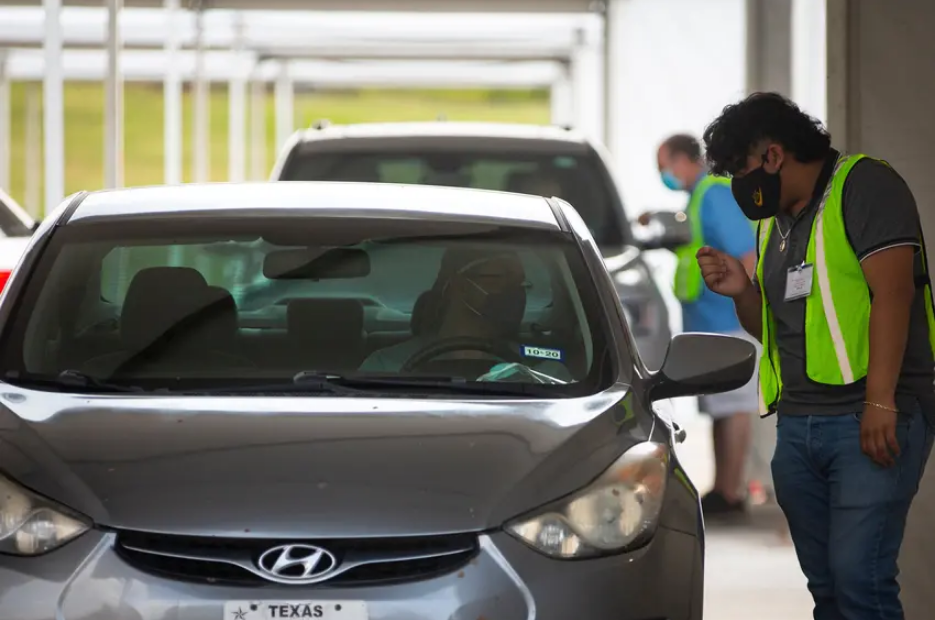 After more than five hours of public testimony, largely in opposition, a Texas Senate committee advanced a wide-ranging elections bill Friday night that would further tighten the state’s already restrictive voting rules and clamp down on local efforts to make it easier to vote.

Senate Bill 7 — one of Texas Republicans’ priority elections bills — would limit extended early voting hours, prohibit drive-thru voting and allow partisan poll watchers to record voters who receive help filling out their ballots. It would also forbid local election officials from encouraging voters to fill out applications to vote by mail, even if they qualify.

They also would not be able to proactively send out applications to voters who do not request them — a practice that is commonly used by political parties. Some Texans would also have to provide proof of disability to qualify for mail-in voting under the bill.

SB 7, which was offered under the banner of “election integrity,” sailed out of the Republican-dominated Senate State Affairs Committee on a party-line vote and now heads to the full Senate. The bill is a significant piece in a broader legislative effort by Texas Republicans this year to enact sweeping changes to elections in the state that would scale up already restrictive election rules.

In presenting the bill to the committee Friday, Republican state Sen. Bryan Hughes described the legislation as an effort to strike a balance between “maintaining fair and honest elections with the opportunity to exercise one’s right to vote.”

But the bill was met with a chorus of opposition. Advocates for people with disabilities and voting rights advocates tagged the proof-of-disability requirement as harmful and potentially unlawful. The bill was also widely panned as detrimental to local efforts that would widen access to voting, particularly extended early voting hours and drive-thru voting offered in Harris County in November.

In written testimony delivered to the committee, the AARP warned the bill would result in “disproportionate and unnecessary risks of disenfranchising older voters in Texas.” The League of Women Voters raised concerns about increased barriers in urban areas home to Black and Hispanic voters and voters with disabilities. And organizations with histories of fighting unlawful voting rules, including the Texas Civil Rights Project, the NAACP and the Mexican American Legal Defense and Educational Fund, raised the prospect of litigation if the legislation became law.

“What this bill does, whether intentionally or not, is in several ways treats voters with disabilities differently than other voters — both in terms of having to prove their disability and not trusting the people that assist them,” said Jeff Miller, a policy specialist with Disability Rights Texas. “And that’s problematic on lots of levels, but fundamentally it violates the Americans with Disabilities Act.”

Texas voters can qualify for mail-in ballots only if they are 65 years or older, have a disability or illness, will be out of the county during the election period, or are confined in jail. The Texas election code defines disability as a “sickness or physical condition” that prevents a voter from appearing in person without the risk of “injuring the voter’s health.”

But under SB 7, voters wanting to request mail-in ballots annually based on a disability would have to provide proof, including written documentation from the Social Security Administration or a doctor’s note, to qualify. Texas allows older voters or those looking to vote by mail based on a disability to request a ballot for an individual election or apply once for every election in a calendar year.

After a pandemic-era election with increased voting by mail, Republicans have partly focused on limiting a method of voting that until last year was lightly used and largely uncontroversial.

Some Texas counties, including Hidalgo County on the border, sent applications to voters 65 and older who automatically qualify. But Texas Republicans’ ire fell on Harris County when it moved to send applications to all 2.4 million registered voters in the county with instructions on how to determine if they were eligible. The Texas Supreme Court ultimately blocked that effort.

On Friday, Hughes also framed the legislation as a response to some local officials who he said went beyond the letter or “the spirit of the law” in 2020.

“We’re all big on local control to varying degrees, in different circumstances to let local communities adjust to their own needs,” Hughes said. “We like this approach because, again, each community varies. But we also recognize that that power — that local control, that power to decentralize — can be abused.”

The bill was originally written to limit early voting hours from 7 a.m. to 7 p.m. That would pull back efforts like those recently adopted in Harris and Bexar counties — home to Houston and San Antonio — where voting ran until 10 p.m. for several days to accommodate people like shift workers for whom regular hours don’t work. A slightly reworked version adopted by the committee Friday would allow for voting only between 6 a.m. and 9 p.m. — a revision that would still outlaw initiatives like the day of 24-hour voting Harris County offered last November.

During the hearing, state Sen. Judith Zaffirini, D-Laredo, attempted to question Keith Ingram — the chief of elections at the Texas secretary of state’s office — about any evidence of increased fraud at night or a rationale for how prohibiting 24-hour voting would enhance the security of Texas elections.

Ingram, who recently told House lawmakers that “Texas had an election that was smooth and secure,” replied that the state had “very little experience with voting at night.”

“I think after a certain period people get tired and are more likely to have mistakes,” Ingram replied. “I don’t know if that is necessarily related to security, but I think that if you want to keep people in their best frame of mind for doing the activity, then you need to limit the hours in which it is happening.”

But Harris County’s election administrator, Isabel Longoria, defended the efforts before the committee late Friday evening, noting they were particularly successful in reaching Black and Hispanic voters, who cast more than half the ballots counted at both drive-thru sites and during extended hours. Longoria also rebutted Ingram’s comments, telling lawmakers that the county staffed the 24-hour polling places without issue, so voting during extended hours was carried out under the same conditions and strict state rules that exist during daytime hours.

“Voting happened at the 24th hour like it did at the first hour — exactly as the law prescribes,” Longoria said.

During her testimony, Nina Perales, MALDEF’s vice president for litigation, told lawmakers the bill would violate the federal Voting Rights Act by policing the assistance voters can get to fill out their ballots. She also raised concerns about widening access for partisan poll watchers in a way that could result in increased intimidation of Latino voters “who are the historical targets of vigilante activity at the polls in Texas.”

Her concerns focused, in part, on a provision that would allow partisan poll watchers to video record voters if they are receiving assistance the poll watcher “reasonably believes to be unlawful.”

“Only voters who receive assistance are singled out in this way by these provisions,” Perales said. “Most limited English proficient voters in Texas are Latino; many use assisters to vote and will be intimidated and deterred from voting by having poll watchers record them and stand close to them while they vote.”