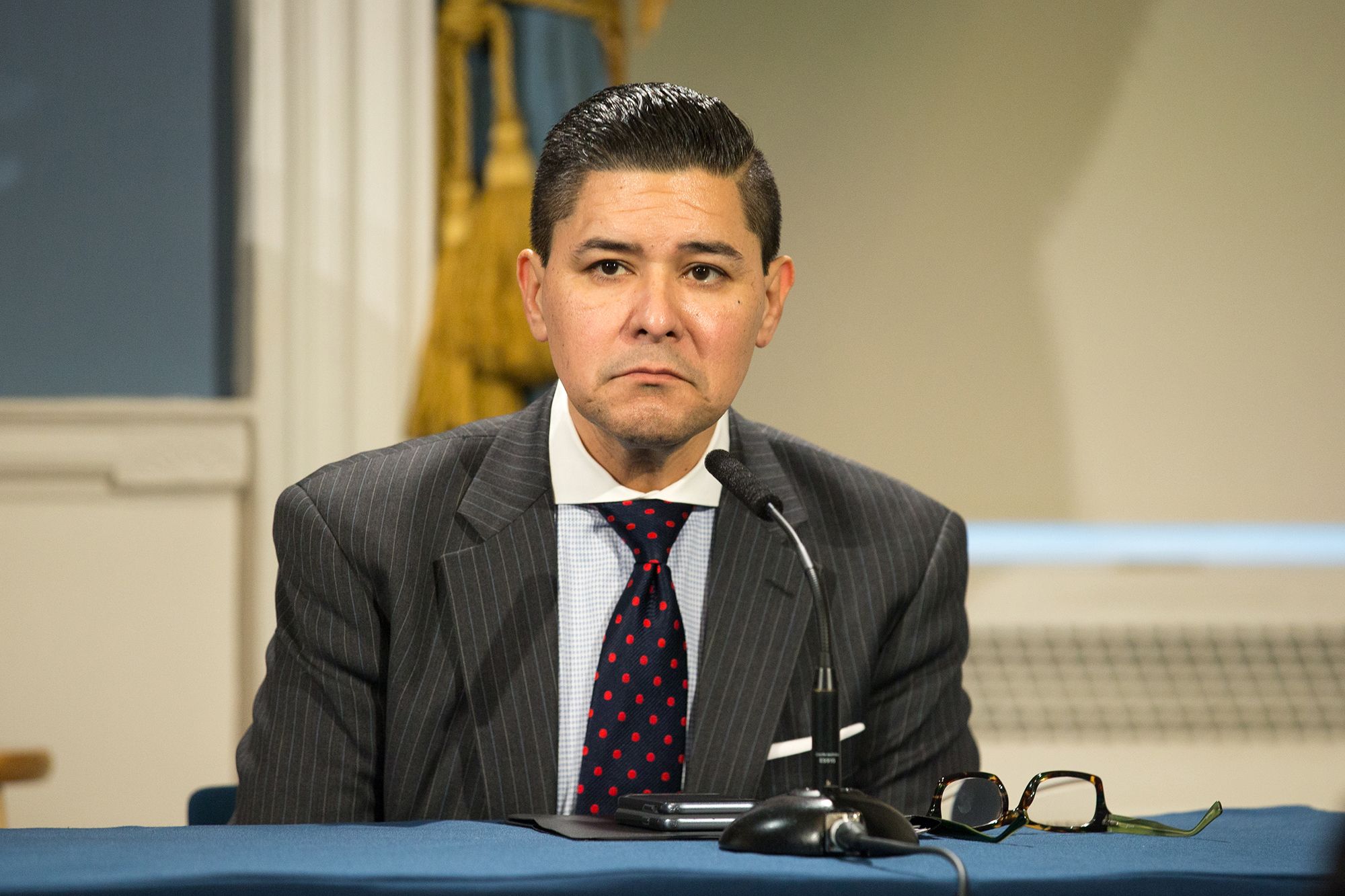 “As an educator, I would say to parents, there is an opt-out, and if there is ever a time to consider whether that opt-out makes sense for you, this is the time,” Carranza told reporters during Mayor Bill de Blasio’s Thursday press conference. “We do not want to impose additional trauma on students that have already been traumatized.”

The federal government mandates certain exams for grades 3-8, English language learners, and high schoolers. The Biden administration affirmed this week that these standardized tests would be required this year after last year’s hiatus. The exams, they said, would help them understand the impact of the coronavirus pandemic on student learning. But they also said that schools wouldn’t be held accountable for test scores, and states will have broad flexibility, including offering remote exams, or extending the window for taking tests into the summer or even next school year.

Carranza said he and State Education Commissioner Betty Rosa are continuing to press the federal government to develop a “commonsense policy” on testing this year.

New York State education officials had previously joined several states in asking the federal government to waive the tests, citing the challenges in administering such exams during the ongoing public health crisis.  Students are learning through a mix of in-person and remote learning, often without reliable access to a device or internet.

State officials have not revealed how they plan to give reading and math exams for grades 3-8 or other mandated tests, except that they don’t believe students should be forced to come into buildings to take a test. They also said that remote testing won’t be feasible. That leaves a big question mark for New York City, the nation’s largest school system, where the majority of students are learning exclusively from home.

The Board of Regents, which sets education policy in New York, is expected to vote next month on canceling high school exit exams that are not required by federal law, while removing all the exams as a requirement to earn a diploma this year. (The English, math and science Regents are mandated by the federal government.)

Early in his tenure, Carranza said it would be “an extreme reaction” for parents to opt out of state tests, but he has also said that a child’s education is “more than a sum total of a test.” His tune was different on Thursday, saying that educators already understand their students are behind.

“It just makes no sense in a pandemic to apply the rules of the past, pre-pandemic, to a pandemic situation,” Carranza said.

City officials have said they want to close the “COVID achievement gap,” but have not specified exactly what that gap looks like. In December, city officials revealed an initial framework to catch students up academically next school year, which includes “diagnostic” assessments of students. They have yet to reveal what those tests will look like or more specifics about what next year will look like. The mayor has promised that schools will reopen for families who want to return, but he has presented no specifics on whether city schools will continue to be hybrid.

Carranza’s comments could ultimately work against the ability to glean anything meaningful from state tests this year. If more parents than usual opt their children out of exams, experts say that it will be difficult to make any comparisons or gain useful data from tests.

While the chancellor acknowledged the flexibilities in the federal guidance issued this week, he offered an alternative path for assessing children. He prefers low-stakes “formative assessments,” which are meant to give teachers a sense during the school year of where students are behind instead of a “summative” state test, he said.

Generally speaking, formative assessments are given over the course of a class and can be in the form of quizzes, assignments, or even group work, and are meant to show how far individual students have progressed in a particular subject. Before the pandemic, Carranza had mandated 45-minute computer based assessments three times a year at struggling schools to get a sense of student progress.