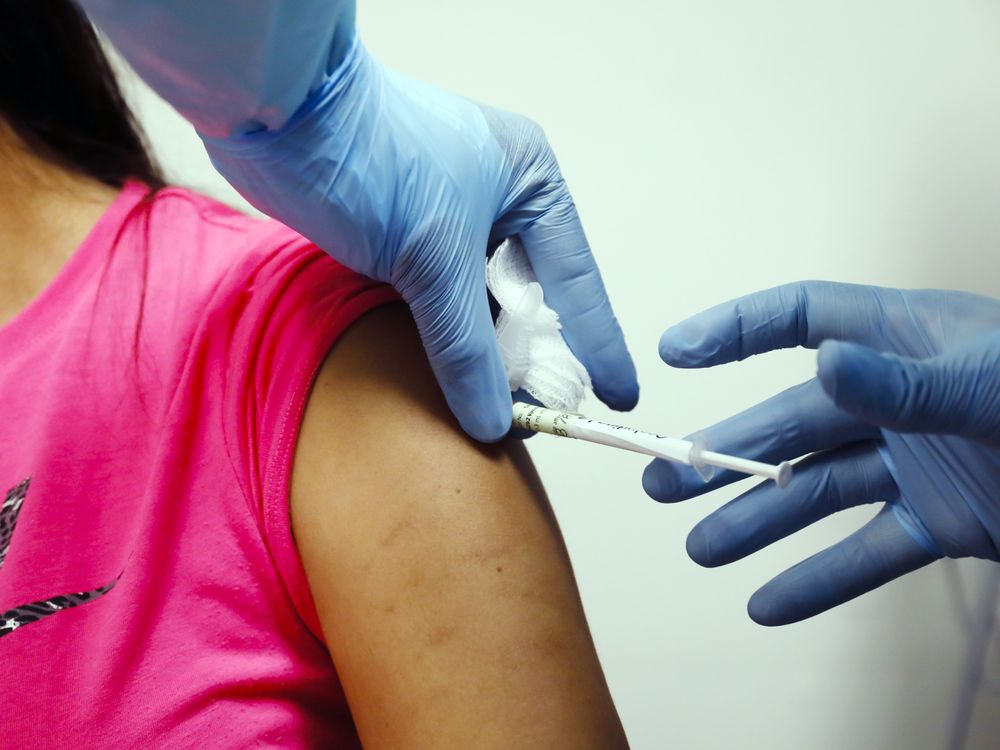 Over the past month, the COVID-19 vaccine has become much more than just a new medical intervention. Photos of freshly vaccinated acquaintances pop up routinely on social media feeds. Health officials are inundated with inquiries about eligibility and availability. Some people are even skirting distribution rules or turning to out-and-out deception to juice their chances at immunity.

It isn’t hard to guess why. Coronavirus flipped life upside-down, devastated the economy and has claimed more than 500,000 lives in the U.S. alone. A shot in the arm is the most promising path back to normal — one that, according to data released by the Pew Research Center in December, 60% of Americans intend to take.

Yet a debate about the effectiveness of vaccines generally — and about the very definition of immunization — is now raging at the Montana Legislature. And so far, lawmakers appear poised to embrace proposals that challenge scientific concepts made top of mind by the ongoing pandemic.

The conversation started with a simmer last week as the House Education Committee took up a measure aimed at revising the state’s definition of immunization. Public school students in Montana are required to provide proof of common vaccinations as a condition of enrollment, or obtain a religious or medical exemption to submit to their school. House Bill 332 would broaden the law to include immunotherapy and the homeopathic treatment homeoprophylaxis alongside vaccination. Jenna Dodge, a Bozeman-based homeopath, testified in favor of the bill, telling the committee that homeoprophylaxis works on the same principle as vaccines by using a small sample of an infectious agent to trigger an immune response. Several health care professionals and the Montana Department of Public Health and Human Services countered that HB 332 could result in dangerous outbreaks of easily preventable illnesses.

Rep. Ed Hill, R-Havre, told Montana Free Press his interest in sponsoring HB 332 began innocently enough. Six years ago, he said, when he was still new to the Havre Public Schools board of trustees, he noticed what he referred to as a contradiction in the district’s policy requiring proof of student immunization. Now, as a freshman legislator, he wants to “modernize” how the state defines immunization to give Montanans more options to meet those school requirements. It was only during the hearing that he realized he’d stumbled into a controversy.

The debate reached full boil Tuesday when the House Judiciary Committee heard arguments on House Bill 415. That measure would bar public institutions and private businesses from discriminating against people based on their vaccination status. More than 50 people testified for or against the bill. The testimony of proponents alone took roughly an hour.

On one side, a host of individuals argued for personal freedom and safeguarding religious beliefs. Miles City resident Lacey Berg framed her support as a call for protecting private information, saying medical records “should not be used as a weapon for discrimination.” On the other side, members of the medical community tried to counter what they characterized as a campaign of misinformation, pleading with lawmakers to heed more than a century of scientific advancement in immunization. Bozeman resident Tori Sproles speculated that under HB 415, licensed childcare facilities would be unable to guarantee the safety of children and be forced to close.

“This is a simple concept,” Rep. Jennifer Carlson, R-Manhattan, said of HB 415, which she sponsored. “Our rights are protected by the Montana Constitution. Your medical records are private. There is no compelling reason for that privacy to be violated by anyone, be it an employer, a state agency, a licensing board, a grocery store, a bar, any public accommodation.”

As expansive as the recent debate over vaccination has been, medical professionals keep coming back to two core scientific precepts: Vaccines are a proven prevention against infectious disease, and immunization is a vital component of not just personal health, but the health of communities. Speaking with Montana Free Press, Gallatin County Health Officer Matt Kelley recalled a 2011 pertussis outbreak at Bozeman High School. The situation was dangerous, Kelley said, because pertussis — or whooping cough — can spread through school populations easily and be carried off school grounds by students or teachers. That may not be a serious threat to people vaccinated against pertussis, but for anyone with a compromised immune system or for infants too young to get the vaccine, it can be deadly.

Kelley doesn’t live far from Sunset Hills Cemetery in Bozeman. He said he’s walked the grounds a number of times and noticed headstones with lambs on them. The lambs signal that the grave belongs to a child, Kelley said, and in older sections of the cemetery, they often appear in clusters.

“It doesn’t really happen anymore because we don’t lose kids in the numbers that we used to,” Kelley said. “And one of the big reasons that’s so is because of vaccines.”

The science of vaccinology has advanced significantly since the introduction of the first smallpox vaccine in 1796. Today, childhood inoculations against diseases such as pertussis, measles, mumps and chickenpox are fairly routine and strongly recommended by pediatricians. Adults are encouraged to stay up on their tetanus and diphtheria boosters, and public health messaging about seasonal flu shots resurfaces every fall. The list of recommended vaccinations gets even longer for people who travel abroad, work in particular professions or have certain medical conditions.

What those vaccines do, according to allergy and immunology specialist Carol Cady at Missoula’s Community Medical Center, is give an individual’s immune system a “battle plan” against a particular pathogen by simulating an infection.

“If your body then sees that infection, your immune system already has the game plan,” Cady said. “It already has the battle plan to fight, and it immediately turns on and it can turn what could turn into a huge hospitalized-level infection into a small, minor infection.”

The coronavirus pandemic has given rise to a new type of vaccine called a messenger RNA vaccine, which instructs immune cells on how to replicate a harmless piece of SARS-CoV-2 and then teaches the cells to break that piece down. According to the Centers for Disease Control and Prevention, the mRNA vaccines against COVID-19 have been “rigorously tested” and do not enter cells or interact with a recipient’s DNA in any way. During a virtual event hosted by the University of Montana this month, National Institute of Allergy and Infectious Diseases Director Anthony Fauci described the COVID-19 vaccines now being administered in the U.S. as “highly efficacious and quite safe.”

That’s not to say vaccines never create complications. Occasionally, Cady said, a child will develop hives or wheezing shortly after a vaccination, at which point it’s her job to figure out why. Sometimes a negative reaction is due to an allergy to a particular component of the vaccine, such as the milk protein contained in the Tdap vaccine for pertussis. In other instances, a family history of severe reactions to a vaccine could raise red flags. Cady investigates the potential reasons for negative reactions and, if necessary, issues the patient a medical exemption from that particular vaccine — an exemption allowed under Montana law.

“The CDC actually has a really nice table of when a vaccine exemption is appropriate following vaccinations,” Cady said. “And I almost always go back to that table because it’s being updated all the time.”

The CDC also maintains an online database called the Vaccine Adverse Event Reporting System where vaccine manufacturers, physicians and the public can file reports or look up information about adverse reactions to vaccines. The reports listed in that database are unverified.

Ashlesha Kaushik, a pediatric infectious disease specialist and national spokesperson for the American Academy of Pediatrics (AAP), concurs with Cady that medical complications arising from vaccines are extremely uncommon. Kaushik told MTFP that while vaccines are a critical tool in protecting individual health, the role they play in protecting community health is even greater. When a sufficient swath of a given population has been immunized against a particular pathogen, the result is known as herd immunity. The pandemic has made the phrase a household one, and vaccines are the primary path toward that level of immunity.

Kaushik said she’s sensitive to concerns about personal freedoms — a common point of contention among proponents of HB 415. But from a medical standpoint, she said, there’s no denying that declining vaccinations puts other people at risk.

“We are social animals,” Kaushik said. “It’s not like we are just living in our own cohorts. We are living in a community. We are living in a society. As much as we value freedom, individual freedom is something to be respected, but at the same time we must not infringe on the rights of others to be well.”

Montana law does make some accommodations for people opposed to vaccination. There are the medical exemptions Cady and other physicians occasionally grant, and Montana is one of 45 states that allows for a religious exemption if vaccination contradicts a person’s deeply held beliefs.

Lawmakers voted both HB 332 and HB 415 out of their respective committees this week, setting the stage for continued debate on the House floor. Proponents of the latter bill have also expressed concern about growing global interest in digital vaccine passports.

As for HB 332, one of the primary concerns fueling pushback from health care professionals is the inclusion of homeoprophylaxis as an accepted form of immunization. The treatment involves a heavily diluted sample of diseased tissue, taken orally, which is designed to trigger an immune response. Homeoprophylaxis was used to combat the spread of a disease in eastern Cuba in 2007, and Cuban health officials touted its effectiveness in reducing the spread of coronavirus early on in the pandemic.

But homeoprophylaxis has also generated a fair amount of controversy in recent years, with numerous groups including the Canadian Pediatric Society and the Society of Homeopaths explicitly stating that it’s not an alternative to vaccine immunization. Homeoprophylaxis has not been approved by the FDA. Theresita Martinez, a naturopathic physician at the Missoula-based Golgi Clinic, told MTFP that her clinic does not offer or recommend homeopathic treatments as a substitute for vaccination. Retired Billings pediatrician and past Montana AAP president Marian Kummer said if HB 332 passes, Montana children would become an experiment for a treatment that has shown no evidence of effectively establishing immunity.

Based on his research, Rep. Hill maintains that homeoprophylaxis is a safe, meticulously manufactured and shelf-stable product, and could be handy to have around in case of emergencies, similar to keeping stores of personal protective equipment. However, Hill said, he never intended to suggest that homeoprophylaxis is “an alternative” to vaccination. He simply wanted to give people “an option.”

Cady said it’s healthy for people to ask questions about the long-term effects and safety of vaccines. But she said it’s important that skepticism doesn’t ignore established facts or fuel unsubstantiated claims about vaccines posing a widespread health risk. If anything, Cady said, misinformation poses a greater threat, not just to personal well-being and community health but to social structures in general. That much has been laid bare by the pandemic.

“Immunizations as a whole keep kids out of the emergency room, they keep kids in school and they keep adults at work,” she said. “That’s one thing in our economy that’s really been hurt this year. If I could say one thing, it’s that vaccinations are going to keep our economy going.”

This article was originally posted on To require, or not to require