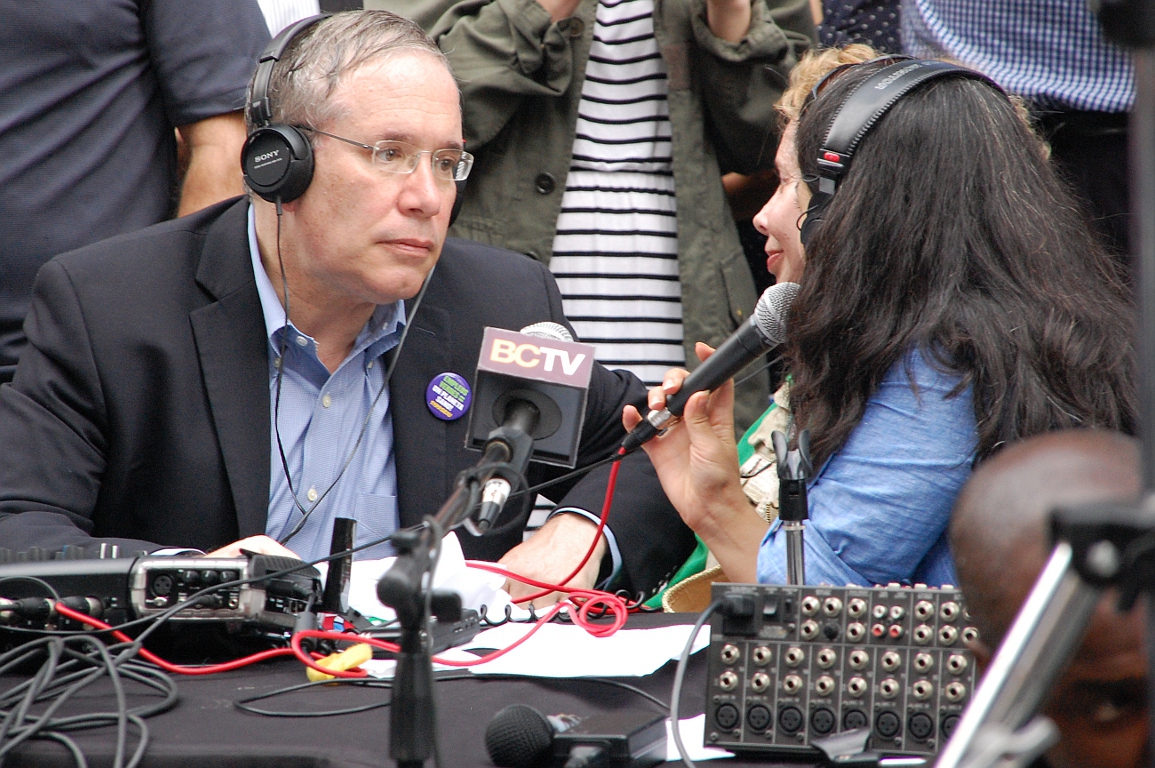 It’s always important for a big city to have a sharp money manager. Now, with New York’s ledgers in tatters following COVID-19’s arrival, choosing the right person to watch the books is even more crucial than usual.

The person who oversees City Hall’s wallet is called the comptroller, a position currently filled by Scott Stringer.

So far, four contenders are vying to replace the term-limited Stringer (who is running for mayor). And while the ultra-crowded mayor’s race will undoubtedly steal most of the attention this election cycle, choosing our next comptroller is critical for city voters.

The primary vote is set for June 22 of this year. Given New York’s firmly Democratic lean, whichever comptroller candidate nabs a win then will have a strong advantage heading into November’s general election. A Republican has not been elected comptroller since 1938.

Here’s what you need to know about the position and the race. We’ll update this guide as the campaign moves forward:

What is a comptroller anyway, and what do they do?

New York City’s comptroller is our municipal auditor and fiduciary.

The Office of the Comptroller does several things, but its chief responsibilities are to prepare audits and oversee how city agencies are spending their money, manage the city’s public pension funds — the largest in the world at $224.8 billion as of October, Stringer’s office says — and issue bonds to help pay for large projects. The comptroller also reviews city contracts.

To do all this and more, the comptroller employs a staff of about 800. The comptroller has another important role: serving as second in line of succession to the mayor, after the Public Advocate.

The position’s history dates back to before New York City was incorporated into the five boroughs. But the job as we know it today was established in the City Charter revision of 1989, which abolished the powerful Board of Estimate at the Supreme Court’s behest.

In modern times, several comptrollers have tried to hopscotch from the office to City Hall, though it’s been nearly 50 years since one made the leap: Abe Beame.

Beame served as comptroller for two terms in the 1960s and, as mayor, served during the fiscal crisis of the mid-1970s when the city very nearly went bankrupt.

Since Beame, four city comptrollers — Harrison Goldin, Alan Hevesi, William Thompson and John Liu — have run for the top job. None have succeeded.

The next comptroller must contend with a new era of financial challenges. The city is facing historic financial challenges following the arrival of COVID-19. Unemployment and homelessness in New York are very high, and demand for local food relief is enormous.

These are the 10 candidates, all Democrats, currently running for comptroller according to CFB records:

Benjamin, a Harlem native, is the current State Senator representing Harlem, East Harlem and the Upper West Side. The former investment banker and affordable housing developer pledged to return some donations in early January after THE CITY found donors named in campaign records who said they’d never given money to his campaign.

Caruso-Cabrera is a former longtime financial journalist for CNBC. She ran against Rep. Alexandria Ocasio-Cortez in a congressional Democratic primary bid last year, although she has formerly registered as a Republican.

Iscol is a former Marine who has worked on veteran mental health issues through his nonprofit Headstrong, according to this profile from City & State, and co-founded the armed services-focused media site Task & Purpose. Until late January, he had been a candidate for mayor.

Liftin is an attorney and legal compliance expert who has worked for private investment firms and an asset management company.

McNickle is a Manhattan native and current Bronx resident who has worked in finance and banking for much of his professional life, served on Riverdale’s community board and is a historian and author.

Pan is a college student at Denison University according to his campaign’s Instagram page where he says he is a “son of immigrants” and “lifelong New Yorker.”

Patel is the president of the Eleanor Roosevelt Democratic Club of Manhattan, board member for Chhaya CDC — an advocacy group for South Asian New Yorkers — and has worked in “public finance, e-commerce and data analytics,” according to her profile with the organization.

Weprin, a native of Queens, currently serves as the State Assembly member representing northeast Queens. He previously represented the area in the City Council, worked in the financial services industry and, in the 1980s, served on the state’s Banking Board.