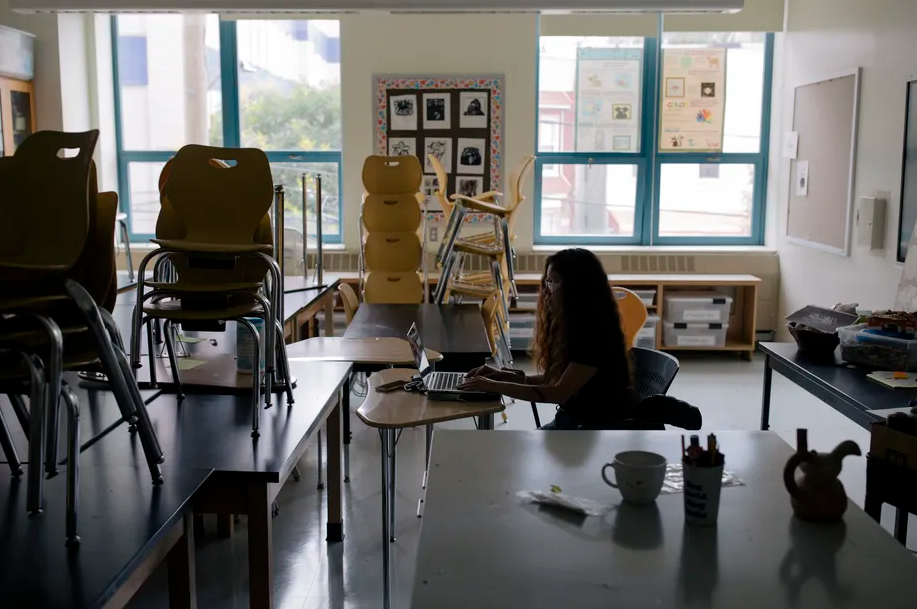 A citywide panel cleared the way this week for New York City to begin overhauling its special education data system, approving nearly $43 million to replace the costly and glitchy database more than two years after officials first announced plans to scrap it.

The city’s Special Education Student Information System, known as SESIS, is responsible for tracking the services students with disabilities are supposed to receive, their evaluations, and progress toward meeting their goals. But the system, which cost $130 million to develop, has been plagued with problems since it launched in 2011. The new system should be ready by fall 2023, city officials said.

The city’s Panel for Educational Policy on Wednesday approved nearly $43 million over five years for the education department to contract with a Milwaukee-based company called Experis to help replace the system, the result of a competitive bidding process.

City officials have been pushing for a custom-built alternative to SESIS that can be tailored to New York’s complex special education system rather than an off-the-shelf replacement. The new system will integrate data on preschool students with disabilities, which is currently housed in a separate system.

Advocates hope replacing SESIS will have tangible benefits for the city’s more than 200,000 students with disabilities. Because SESIS is incompatible with other city databases, including those that track what classrooms students are actually enrolled in, it is difficult to obtain up-to-date information about whether students are in classrooms with the correct ratios of students and educators, advocates said. City officials have previously been forced to cross reference data from different systems manually.

SESIS has also impeded the city’s ability to release accurate data on whether students are receiving the legally mandated special education services to which they’re entitled.

“I’m very excited that the city has finally allocated the resources to change [SESIS] and create a better system, which can only mean that more kids can get what they’re entitled to in a timely way,” said Lori Podvesker, a special education policy expert at INCLUDEnyc and a member of the education policy panel who voted to approve the city’s proposal.

Still, her vote to approve the funding came with some reservations. She worries the city prioritized cost-effectiveness over the best possible platform and wondered whether Experis had sufficient experience building special education data systems. “Do I trust that it’s going to be great? Absolutely not,” Podvesker said. “But I believe it will be better than what we have.”

Experis officials emphasized that the new system will be created to the education department’s specifications and owned by the city, which will not have to pay ongoing licensing fees. The city will also be able to change the system as needed. Michael Corley, the company’s managing director said in a prepared statement that Experis “has subject matter experts that are proficient in Special Education services, practices, and program implementation.”

Crucially, Experis will also provide a parent-facing portal for families to communicate about their child’s learning plan, monitor what services are being delivered, and give parents direct access to their child’s individualized education program, said education department spokesperson Sarah Casasnovas.

“This will help families get real-time information and allow for seamless reporting and oversight to make sure our students get the support they’re entitled to,” Casasnovas said in a statement.

Advocates have long called for more real-time information about whether students are receiving services and allow parents to access it, giving families a powerful tool to advocate on behalf of their children and city officials a clearer sense of where resources are needed. It’s unclear exactly what information parents will be able to access in the new system.

“Sometimes it feels like they’re relying on our escalations to figure out where they need to send support,” said Maggie Moroff, who works on special education policy issues for Advocates for Children. She hopes a new system will help city officials respond faster in situations where students aren’t getting required therapies — or are even in the wrong type of classroom setting.

Moroff noted that city officials have recently given parents direct access to some special education data, including whether the teachers in their courses have a special education certification, and the most recent dates of services such as speech or occupational therapy.

For its decade-long run, SESIS has caused headaches for teachers, families, and city officials.

Educators have long complained that SESIS is difficult and time consuming to use, and the system at times malfunctioned more than 800,000 times a day.

Special education teachers often spent hours navigating a maze of drop-down menus — inputting data such as whether they met with a student and for how long — only to experience error messages that erased their answers. (An arbitrator eventually ordered the city to pay more than $38 million in teacher overtime.)

In addition, former Public Advocate Letitia James filed a lawsuit claiming that SESIS was to blame for some children not receiving services as well as lost Medicaid payments. Between 2012 and 2015, according to the IBO, the city collected $373 million less in Medicaid reimbursements than officials projected.

Megan Moskop-Toler, a special education teacher who once experienced 41 error messages in the span of two hours, said she hopes a new data system isn’t so time consuming so she can spend more time focused on her students rather than on data entry tasks that are sometimes redundant.

She also pointed to more systematic issues with special education staffing, saying that knowing where students aren’t getting services is only one part of the issue.

“The heart of the problem is understaffing and under-resources,” she said. “No one is like, ‘Oh I don’t want to give their children physical therapy.’”

Other educators said they are nervous about whether such a massive undertaking will involve unforeseen glitches and delays that could impact the timeliness of special education evaluations or other services.

“I just worry about what the transfer will look like,” said Annie Tan, a Brooklyn special education teacher. “I’ve been using [SESIS] for about six years now and I think it was like the second or third year where I finally understood all the places to put things.”