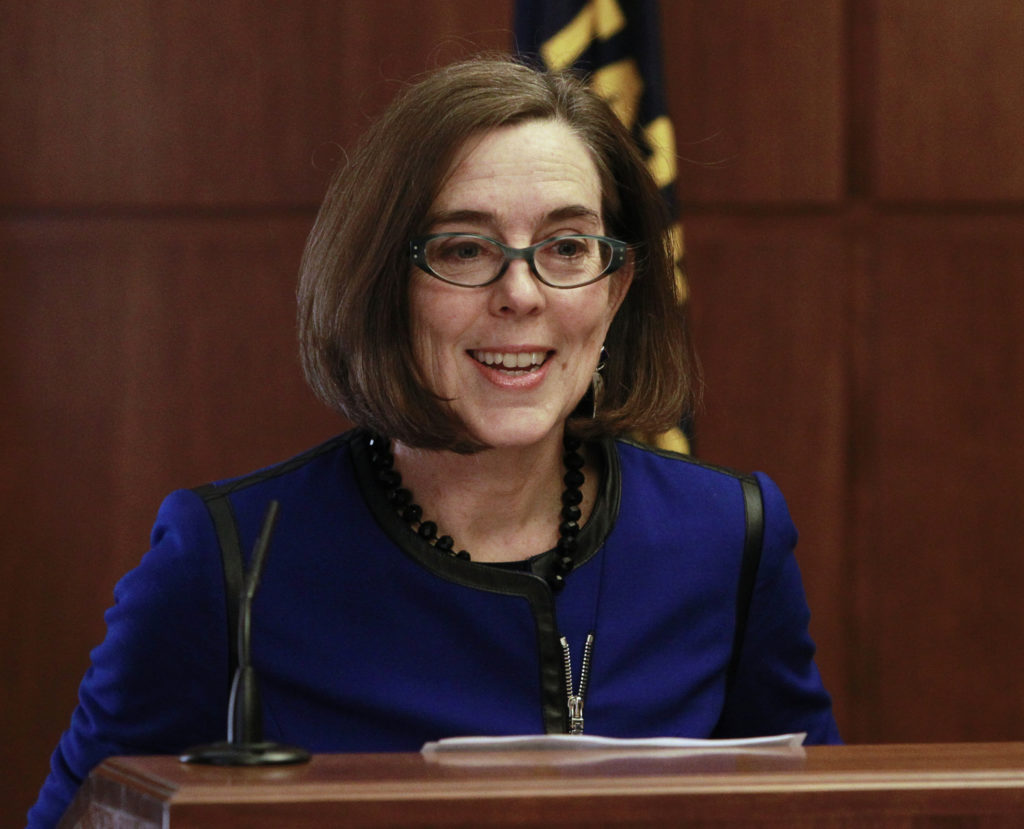 Gov. Kate Brown’s trip to United Nations Climate Change Conference in Glasgow cost Oregon taxpayers more than $18,000, including two $500-a-night rooms at a five-star London hotel that no one used.

Brown traveled along with staff members and security personnel to the conference in November 2021 along with governors from five other states, all part of U.S. Climate Alliance, a group formed after former President Donald Trump changed climate policy goals. Oregon taxpayers paid $18,586.11 for the trip.

Records from Oregon show members of the Oregon State Police’s Dignitary Protection Unit accompanied the governor throughout the trip. Security costs included $2,765.18 for car service for the team while in Scotland and London and a $1,138.16 “no show” charge for two rooms booked at the W London, a 5-star hotel that security officials ended up not using because of a change in plans.

“There was a change in plans and the window for cancellation at the W London had closed,” according to a memo obtained under Oregon’s Public Records Law.

The costs and carbon impact for Brown and her staff were offset by funding from the Climate Registry, a Los Angeles-based nonprofit group “that empowers North American organizations to do more in the fight against climate change by providing services and tools that help them reduce their emissions.”

Oregon spent less than two other states: Louisiana and Washington, which didn’t include security costs.

Gov. Jay Inslee brought his wife to the conference, sticking Washington taxpayers with the bill, which included more than $12,510.08 for business class airfare for the couple, something no other governor did at taxpayer expense. Inslee led a delegation of subnational governments to the conference. The total travel tab for Washington taxpayers cost $25,955.32, more than any other U.S. state examined by The Center Square. The higher cost was due in part to the governor’s decision to fly with his wife in business class while other governors who attended at taxpayer expense flew in less expensive seats.

In total, state documents obtained by The Center Square through open records requests show taxpayers in these six states spent more than $90,000 – not including most security costs – to send governors and other state employees to the conference in Glasgow in November 2021, during a time of pandemic restrictions, Zoom meetings and rising inflation.

The records detail what state leaders in Washington, New Mexico, Hawaii, Louisiana, Illinois, and Oregon did during the conference and how much it cost state taxpayers. Oregon was the only state that included the costs of providing security. The records from all other states examined didn’t include security costs. Those costs likely added at least thousands of dollars for taxpayers in each state.

Inslee and his wife, Trudi, booked Aer Lingus business class seats for the 7-hour flight from Chicago to Dublin and later flew coach to Glasgow at a cost to taxpayers of $12,510.08. For the overnight Aer Lingus flight, the Inslees had access to “exclusive premium check-in areas,” “luxurious airport lounges,” “delicious in-flight cuisine,” and “cosy lie-flat beds,” according to the airline’s website. Inslee flew out of Chicago O’Hare International Airport because he was in Chicago for 2024 campaign business at the time, according to campaign finance records.

Louisiana Gov. John Bel Edwards had a 10-hour flight in a premium economy seat. Taxpayers in Louisiana paid $2,108.78 for the flight, about a third of the cost of each of the Inslees’ flights.

Each governor except Pritzker disclosed where they sat on the plane during the international trip. Pritzker’s office redacted that information from the governor’s schedule.

At $18,672.31, Louisiana taxpayers had the second-highest conference tab of the six states. Louisiana officials noted two members of the governor’s staff had not submitted reimbursement forms at the time The Center Square requested the records, but those costs aren’t included in the $18,672.31.

Illinois taxpayers spent $14,284.15 for Pritzker and members of his staff to attend. In Hawaii, taxpayers paid $11,478.65. The bill for New Mexico taxpayers was $0, according to spending records from the governor’s office. New Mexico officials didn’t respond to questions about how the trip was funded, but the Associated Press reported the Climate Registry and the Energy Foundation paid for trip expenses.

In addition to food, travel and lodging, all six states paid hundreds of dollars for COVID-19 testing required for travel and for the conference.

During the climate conference in Glasgow, the U.S. Climate Alliance announced “the next generation of ‘High-Impact Actions’ its states will pursue to limit warming to 1.5 degrees Celsius,” according to a news release from the group.

“The U.S. Climate Alliance’s states are leading the world in the development and execution of new, innovative, and effective climate policies and actions, and today, we continue to press forward,” U.S. Climate Alliance Acting Executive Director and Policy Director Taryn Finnessey said in a statement. “The climate threat knows no borders and when we share solutions and expertise – not just with one another in the Alliance, but also with other like-minded subnational leaders around the world – we can truly turn the tide.”

“It is not a secret that COP26 is a failure. It should be obvious that we cannot solve the crisis with the same methods that got us into it in the first place,” she said during a speech about two miles away from the conference center. “The COP has turned into a PR event, where leaders are giving beautiful speeches and announcing fancy commitments and targets, while behind the curtains governments of the Global North countries are still refusing to take any drastic climate action.”

This article was originally posted on Oregon taxpayers pay more than $18,000 for Brown’s international climate trip