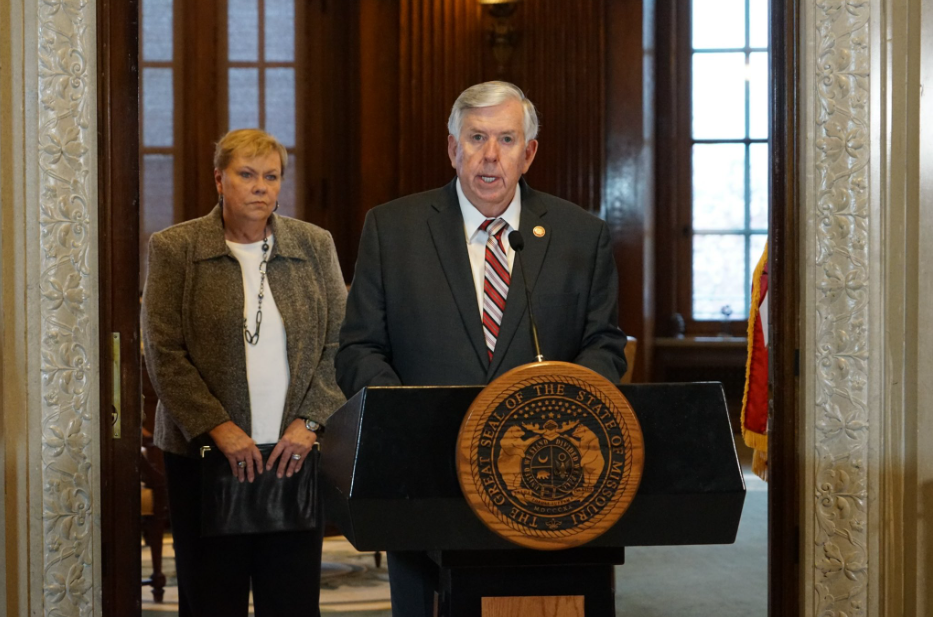 After visiting a construction exposition for high school students in St. Charles on Wednesday, Missouri Republican Gov. Mike Parson expressed disappointment that his proposal for increasing teacher salaries languished in the legislature.

Parson also wasn’t familiar with a proposed tax credit in the House and didn’t favor a one-time tax cut.

“I would say it’s unfortunate,” Parson said of the House’s removal of teacher salary increases during an interview with The Center Square. “We have an opportunity to do it right now. You look at the education system that we have at all levels and we’re paying teachers a base pay of $25,000, which is roughly $12 an hour. That’s not competitive in today’s market. If we are going to make sure that these are the best people forming our young people’s minds, we want to make sure we get good, qualified people. And we’re going to have to pay for that.”

Parson said any ripple effect of teacher salary increases on pensions and salaries of other teachers and administrators shouldn’t be a deterrent.

“I think moving that base up to what we’re trying to do is also going to help with some of the other salaries above that,” Parson said. “I think there’s a little bit of an effect on that. But look, we we want good qualified people taking care of our kids.”

Parson said the current political environment is targeting education, but the purpose of the sector and its institutions are essential to the state’s future.

“The bottom line of it is vast majority teachers get it right every day all across the state of Missouri,” Parson said. “The point of this is (students) are going to be the future of our state. We’re going to need good teachers and good classrooms, but you’re going to have to pay for them.”

Parson said there was no discussion in previous months about the tax-credit bill, and he first heard about it through media reports. House Bill 3021 was perfected and approved by the House on Wednesday and could face a final vote on Thursday.

“It’s one thing we don’t know very much about,” Parson said. “So until we look into that and see if it’s even feasible… I think it’s one thing you have to be careful with right now. I think the things we’ve done since I’ve been governor – cutting people’s income tax – that’s forever. I’m always concerned when it’s one time, whether it’s a, whatever you want to call it, a tax rebate, stimulus, a siphon, whatever it is.”

Parson said job creation should continue to be the priority instead of the tax credit.

“We need to be working on getting people back to work and earning paychecks like we’re doing here today,” Parson said. “We’ll have to look at it, but I don’t know who all is involved, who’s affected, who’s not affected, and can it even be done with the amount of money that’s budgeted?”