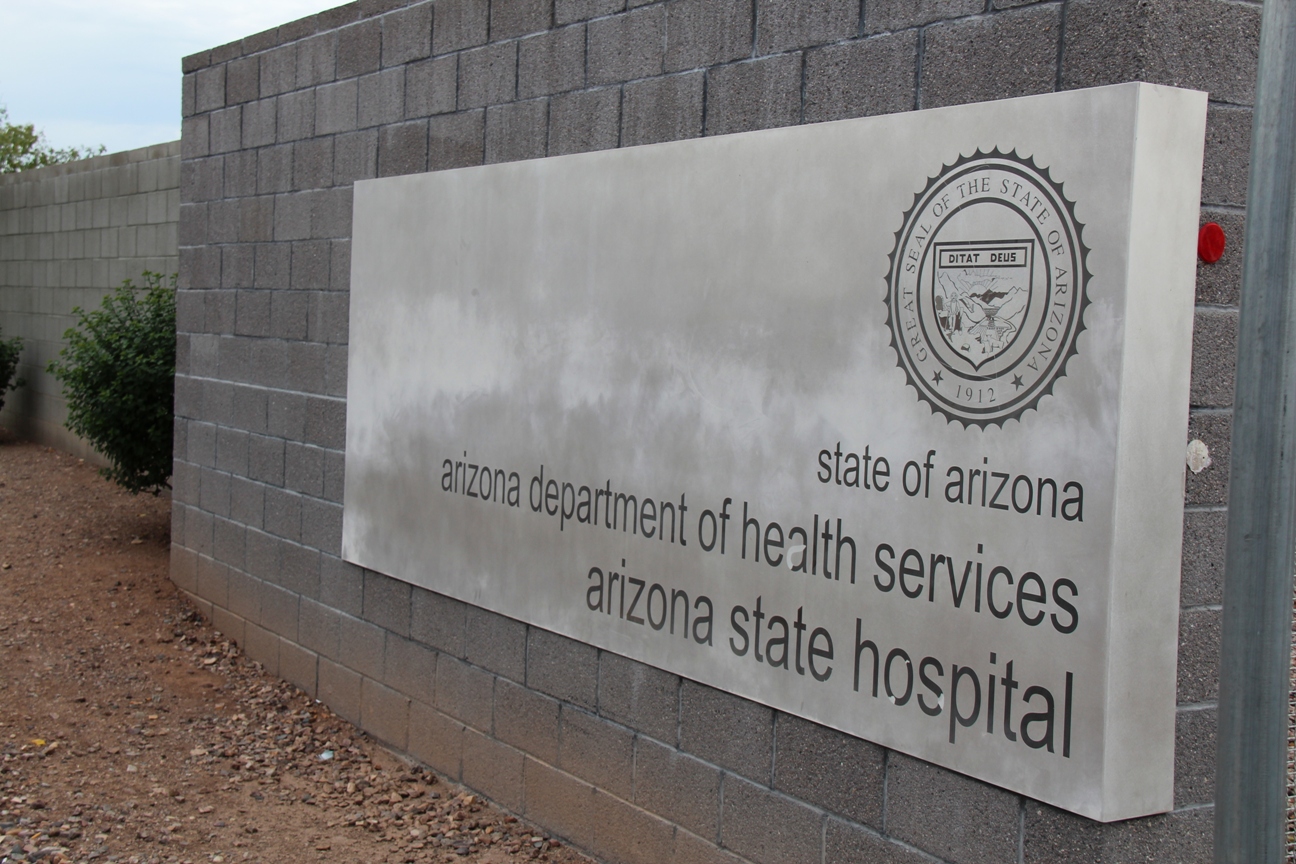 On the afternoon of Oct. 20, Philip Ronan, a patient at the Arizona State Hospital, left art class to use the bathroom—and never returned.

He had a pair of scissors with him, which he’d been using to work on his stamp collection.

A hospital staff member knocked on the door and asked if he was all right. Ronan replied, “I have diarrhea. I don’t feel good. I’ll be a little while,” according to one of several incident reports obtained by AZCIR.

When Ronan still didn’t emerge, another staff member knocked several times, announced he was coming in, then unlocked the bathroom door. He found Ronan “laying on the floor face down with a large amount of blood on the floor, the sink, and all over the room and the scissors on the floor next to him,” the report says.

Ronan had stabbed or sliced his neck. A crash cart with lifesaving medical supplies was brought in, but it was too late. He was later pronounced dead.

Ronan, who was 62 years old when he died, was the first of two patients to fatally injure themselves in as many weeks at the state’s psychiatric hospital. The second, Mark Chavez—who choked after forcing a burrito down his throat while, according to an ASH incident report, a one-on-one aide was “present and actively monitoring him”—may also have died by suicide. He was 54.

The incidents raise questions about a lack of hospital oversight, persistent understaffing and inadequate employee training at the facility, according to AZCIR interviews with ASH patients and attorneys who represent patients and their families, correspondence with families of patients and several incident reports involving the deaths, as well as minutes from a meeting of the hospital’s independent oversight committee.

The deaths follow a recent AZCIR series that revealed dramatic shortcomings in services for Arizonans with serious mental illness and detailed reports of alleged mistreatment at the hospital, including retaliation by staff against patients who file grievances.

Steve Elliott, spokesman for the Arizona Department of Health Services, which operates the state hospital, declined to comment on the recent deaths, citing “protected health information that cannot be released under state and federal confidentiality and privacy laws.”

In an email, he wrote that patient safety “is a top priority” for ASH, and the hospital has “policies and procedures in place to maintain the safety of the hospital’s physical environment and patient care areas.”

But Josh Mozell, an attorney who represents some of the sickest people in the mental health system, suggests those policies are falling short.

“To me, it just speaks to the lack of oversight … and the continued and consistent degradation of care at the state hospital,” he says of the deaths. Mozell and two other local attorneys are suing ASH on behalf of another patient, Isaac Contreras, alleging his civil rights are being violated because he’s been held in isolation for more than 15 months.

Unlike Ronan, who was a forensic patient, meaning he was there because he committed a crime, Chavez was a civil patient, meaning his treatment was not tied to a criminal case. None of the patients interviewed for this story knew Chavez well.

But three separate incident reports detail the events of Oct. 31. That afternoon, while sitting outside with staff, Chavez put rocks in his mouth and announced he wanted to die. A few hours later, he tried to eat toilet paper.

Not long after, he was eating dinner in his room with a one-on-one aide who was “present and actively monitoring him” when the aide made a radio call to alert staff that Chavez had “shoved a whole burrito down his throat.”

“It was noted that the patient was choking and was he was (sic) observed still trying to shove more food into his mouth,” according to the report. “Patient had tears running down his face, which was indicative of possible choking.”

Staff attempted the Heimlich maneuver and issued a medical alert. Chavez had no pulse.

EMTs took over and transported Chavez to a hospital, where he died days later.

“They actively observed him commit suicide and did nothing to prevent it,” says attorney Holly Gieszl.

Gieszl, who represents more than a dozen ASH patients and is suing the hospital alongside Mozell, cites a “persistent lack of enough staff and adequately trained staff” as factors in both deaths.

As of May 2021, there were 87 open positions at ASH. That included spots for 36 behavioral health technicians, 13 psychiatric nurses and 10 security guards.

Elliott, the ADHS spokesman, would not comment on claims of understaffing and inadequate training as they related to the deaths.

He also declined to provide the number of suicides that have happened each year at ASH since 2015.

“While we share your news organization’s commitment to openness, what you have requested constitutes protected health information,” Elliott wrote in an email.

He continued, “ADHS is required to follow certain de-identification standards when disclosing any private health information. As a result, ADHS regularly suppresses aggregate data when an individual cell number is less than six. In this case, the total number of suicide deaths at the hospital since 2015 is within this range (between one and five). ADHS therefore cannot provide the information that you have requested.”

It’s unclear how Philip Ronan, who was sent to ASH after being found guilty but insane for a second-degree murder committed in 2006, was able to take scissors into the bathroom.

Patients who knew Ronan also reported that he was depressed leading up to his death.

Ronan had recently had his hopes dashed, they say. Last November, the state’s Psychiatric Security Review Board had granted him conditional release, and he’d been moved to the Community Reintegration Unit, designed to give more independence to patients being prepared to leave the hospital.

But he’d since been moved back out of the unit, indicating he likely wouldn’t have been leaving ASH anytime soon.

Ronan also reported being taunted by staff for being overweight, according to Matthew Solan, an ASH patient and Ronan’s former roommate.

Solan says he witnessed this firsthand, recalling an incident in which another patient wanted to give Ronan his ice cream. A staff member said no. The patient asked why.

“The tech just points to Phil’s stomach and said, ‘Why do you think he can’t have more ice cream?’” Solan says.

The morning of the day Ronan died, Solan found a poem on a ping pong table near where patients line up at the “med window” for their medication. Knowing Ronan wrote poetry, Solan asked if it was his; he said yes.

A portion of the poem, copies of which patients say are now circulating at ASH, reads.

Looking back, Rodney Woodville thinks the poem might have been a suicide note. Woodville, another ASH patient, says he was friendly with Ronan and played pool with him when the other man seemed down.

Ronan was in a “deep depression” following his move from the Community Reintegration Unit, Woodville says. “I was giving him peer support.”

Ronan’s death was announced at a meeting of ASH Independent Oversight Committee on Oct. 21.

Chairperson Laurie Goldstein said she’d heard about the suicide the previous evening, and that apparently Ronan had been “very, very depressed for a while.”

“It was a terrible, terrible event,” she said. “And I’m hoping that there’s some grief counseling for the other patients and the staff.”

This article was originally posted on Patient deaths at Arizona State Hospital raise questions about staffing levels, lack of oversight