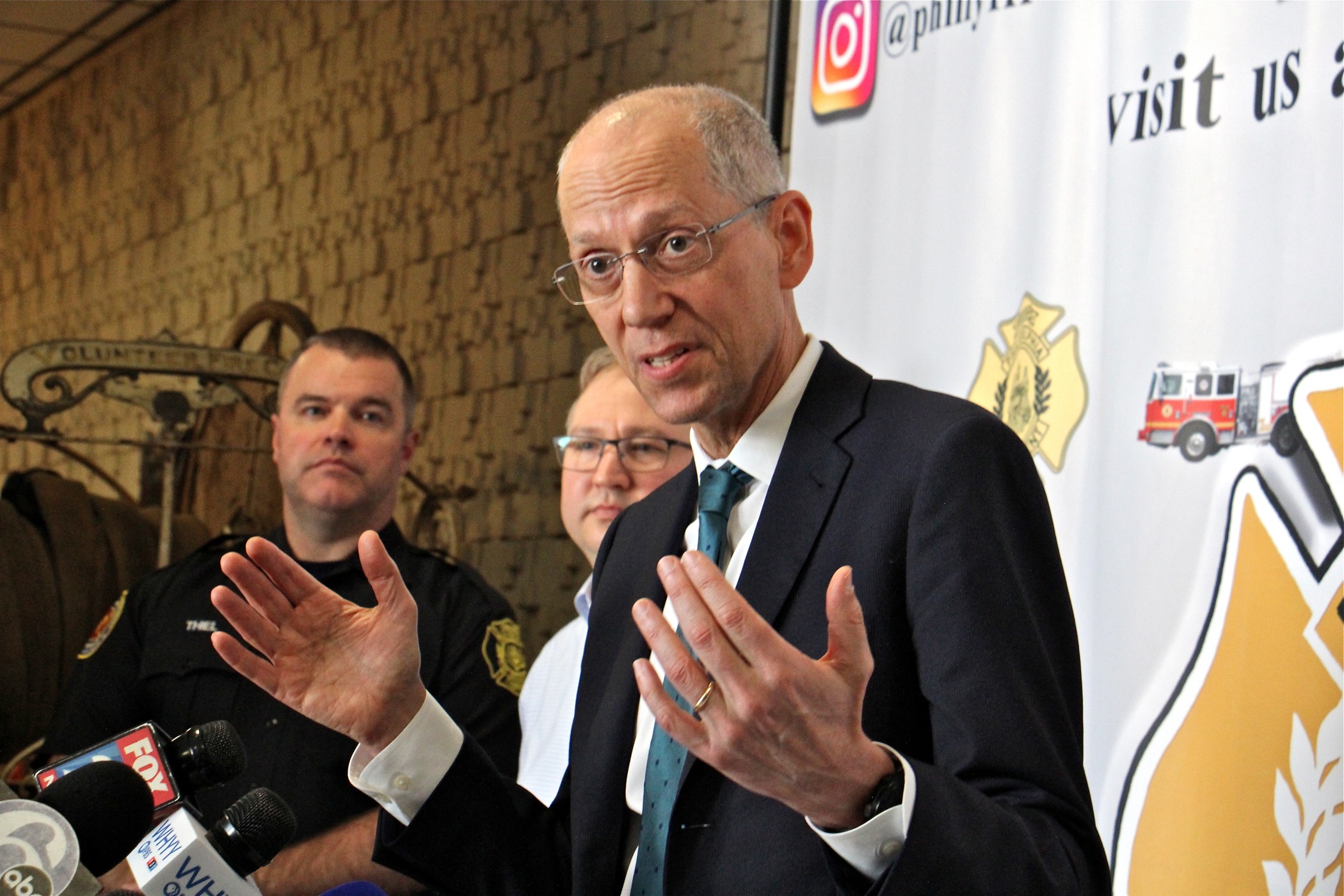 Teachers who can’t get vaccinated by the Children’s Hospital of Philadelphia will have other options available to them soon, Philadelphia Health Commissioner Dr. Thomas Farley announced Tuesday.

Some teachers have been instructed to get their shot at the convention center, others at individual health clinics. The federal government has also announced that any pharmacy in Philadelphia with available vaccines can now vaccinate teachers.

“So you put those all together, I think there’s probably a very large percentage of teachers and childcare workers who want to be vaccinated will be vaccinated soon,” Farley said during Tuesday’s press conference.

The Children’s Hospital of Philadelphia, or CHOP, was tapped last month to coordinate the vaccinations of thousands of the city’s education workers, initially at the Roberts Center in its University City complex, and then in six other school locations around the city, including South Philadelphia High School. Now teachers will have more options available.

Federal officials announced Monday that fully vaccinated residents can gather with other vaccinated people indoors without wearing a mask or practicing social distancing, but Farley cautioned teachers who have returned to school to continue to wear masks.

“Absolutely, teachers who are fully vaccinated should still wear their masks,” he said.

The district expected 2,650 district students to show up for class this week in its first phase of reopening. Fifty three schools opened Monday to students in prekindergarten to second grade. Some staff members, including teachers needed for those grades, returned last week.

The mayor said he was pleased with Monday’s reopening. He and Farley said no school-related cases of coronavirus were reported Monday.

“Parents were really the happiest of them all,” Kenney said. “And also the teachers. I walked down the hallway of the school and I could hear teachers talking to each other about how happy they were to see their babies back.”

Monday marked the district’s fourth attempt at reopening for some in-person instruction. But some teachers who have returned to their classrooms have complained on social media of unsanitary areas and that schools were unprepared and still unsafe for in-person learning. Kenney told Chalkbeat his office is working with the district and the Philadelphia Federation of Teachers to address the concerns.

“We’re confident in the PFT because they’ve agreed to go back and are happy with the progress we’ve made,” he said. “And we’ll continue working with those organizations.”

This article was originally posted on Philadelphia teachers will soon have more options to get vaccinated, health commissioner says