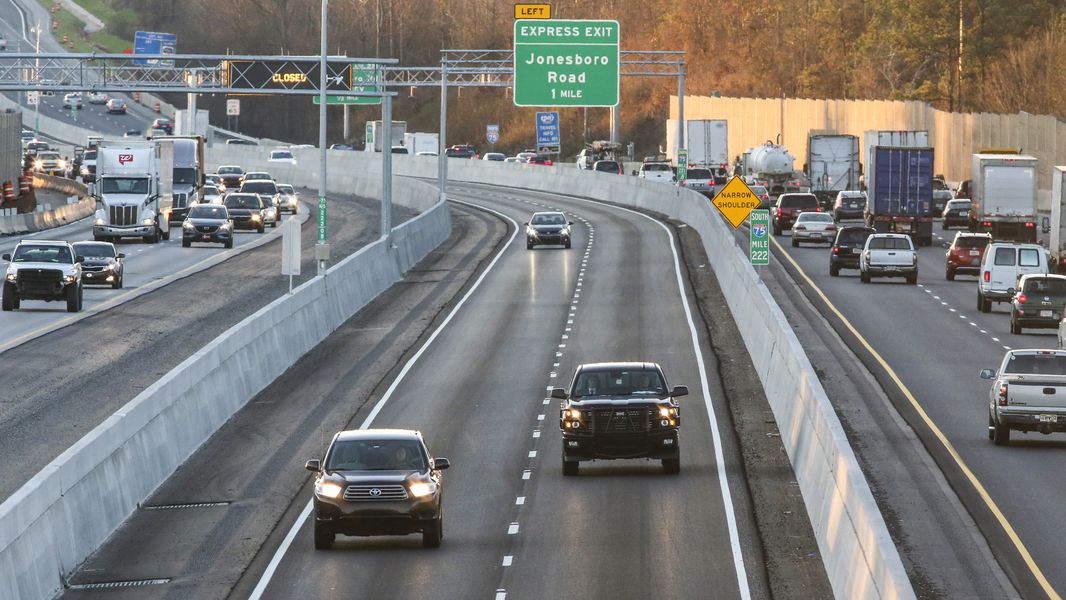 “Infrastructure Week” has become the new Groundhog Day, with a new cadre of politicians selling familiar transportation ideas to the American public. The Biden administration is proposing to pour $2 trillion into America’s infrastructure – or at least anything that Biden and his team deem to be “infrastructure.” But, for all the noise, the new president faces the predictable problem of funding new transportation projects and repairs to existing projects.

America is wedded to an outdated gasoline tax system that produces a steadily slowing trickle of revenue as policymakers incentivize consumers to purchase electric vehicles (EVs) and hybrids. The broken status-quo excuses EV and hybrid owners for paying for their cars’ wear-and-tear on the road, ensuring an increasingly lopsided and inadequate funding system as EV use only expands. America’s roads must be funded in a fair, predictable way that will allow the next generation of drivers a smoother ride.

Currently, approximately 80% of Highway Trust Fund revenues stem from federal excise taxes on motor fuel (18.4 cents per gallon) and diesel fuel (24.4 cents per gallon). Because of this reliance on gasoline taxes, transportation revenue will eventually crumble absent a drastic course correction. The Peter G. Peterson Foundation estimates the shortfall will be $207 billion by 2031 without changes.

A gasoline tax hike is not being considered by policymakers, and for good reason. Any uptick in the price per gallon of gasoline would harm hundreds of millions of struggling Americans during a difficult economic time. Doubling the gas tax would mean roughly $200 per year in added costs for a dual-earner household, and even that total does not consider indirect costs amid rising inflation. Meanwhile, raising the gas tax would fail to address the issue of EV and hybrid owners’ inadequate contributions to the transportation system, or the impact that heavy trucks impose on highways. Since EV owners tend to come from six-figure households, this contribution gap exacerbates income inequality. America’s poorest households already spend the highest percentage of their incomes on transportation costs, and the gas tax system only adds to this fiscal burden.

Fortunately, there are options for fixing the broken status-quo. Some lawmakers are considering an alternative user-pays system known as a “vehicle miles traveled” (VMT) fee. Under this potential replacement to a gas tax, the federal government would apply a fee based on total distance traveled over time. The fee could be designed in a way that prevents Americans from paying more than they’re already contributing while ensuring parity and proportionality among vehicle types. Drivers of EV sedans, for instance, would pay much the same fees as standard sedans, while heavy duty trucks, which impose some of the largest unaccounted costs on highways, would pay in a way so that use is no longer subsidized by taxpayers. These commercial vehicles are also electrifying, yet heavy loads will continue to stress roads and bridges and must be paid for.

In experimenting with this fee, policymakers must avoid double taxation. Imposing a VMT on top of conventional gas taxes would spell disaster for consumers and taxpayers and fail to fix the growing disparities driven by fuel efficiency and electrification.

Another key concern is protecting drivers’ privacy. A VMT should be implemented in a way that doesn’t allow the federal government constant access to citizens’ whereabouts. Oregon’s (voluntary) VMT program allows participants to submit odometer readings instead of depending on the government to safeguard GPS data.

A federal program could operate in a similar way to Oregon, allowing robust and broad-based transportation funding without the constant fear of government surveillance and data breaches. As with any new system, there would be kinks to iron out through national pilot programs that could ascertain best practices. But the stakes are simply too high to rely on the old, failed status-quo that results in funding shortfalls and increased inequality. Lawmakers can finally put “Infrastructure Week” in the rearview mirror by implementing a VMT pilot and committing to sensible spending reforms.