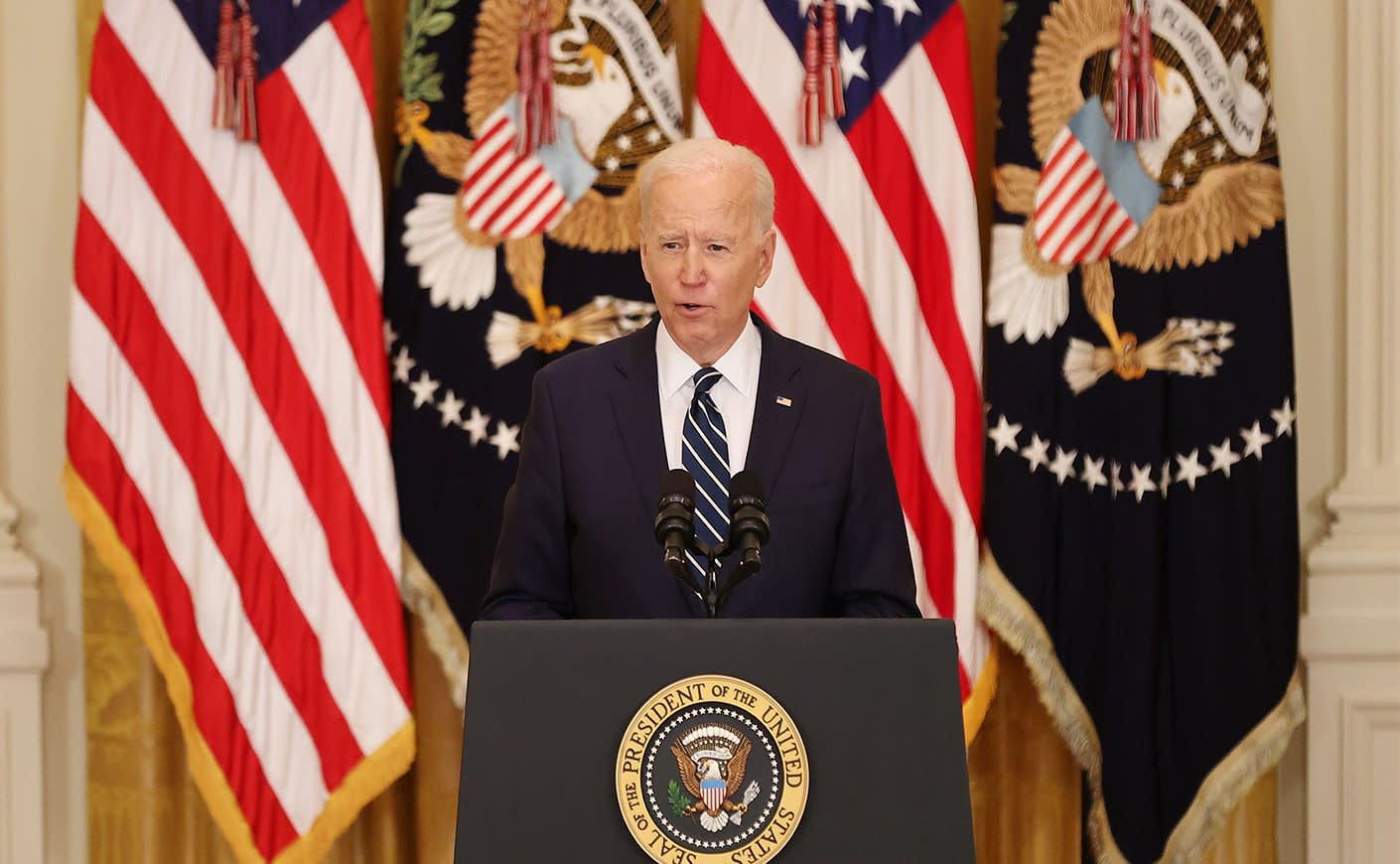 The Biden administration took heavy criticism Friday after announcing the administration would be formally considering adding more justices to the U.S. Supreme Court.

The White House said a new executive order will create a presidential commission composed of experts to study current practices of the Supreme Court, most notably the “membership and size” of the court itself.

The commission will hold public meetings and present a report on its findings within 180 days. According to the White House, its stated purpose is to provide “an analysis of the principal arguments in the contemporary public debate for and against Supreme Court reform.”

That raised eyebrows, though, as a thinly veiled exploration of expanding the size of the court after many Democrats called for the court’s expansion last year.

What is also called “packing the court” became a contentious issue during the 2020 presidential campaign.

Liberal Democrats have called on Biden for months to add justices to the court, which has a majority of justices appointed by Republican presidents. Biden often avoided questions about the issue on the campaign trail, but did say he is “not a fan” of adding justices.

Former President Donald Trump appointed three justices during his term, giving conservatives a 6-3 majority on the court. Those victories for the former president prompted Democrats, particularly the more liberal wing of the party, to push for appointing more supposedly left-leaning justices once a Democrat was in the White House.

“Expand the court,” U.S. Alexandria Ocasio-Cortez, D-New York, said just days before the November elections. “Republicans do this because they don’t believe Dems have the stones to play hardball like they do. And for a long time they’ve been correct. But do not let them bully the public into thinking their bulldozing is normal but a response isn’t. There is a legal process for expansion.”

Democrats could outright expand the court and add justices, but another tactic may involve putting term limits on justices with the hopes of replacing them with Democratic nominees.

Republicans were quick to criticize Biden’s commission, pointing to an overreach of executive authority.

Rep. Jim Jordan, R-Ohio, responded to the announcement immediately on Twitter, saying Democrats want to “close your schools, open your border, take your guns, raise your taxes, cancel your culture, pack your court,” hitting several lines of attack against the Biden administration.

“Why study something we already know? Democrats want to pack the Supreme Court,” he added.

The Republican leadership of the House Judiciary Committee, where Jordan serves as the ranking member, echoed that sentiment, saying in response, “President Biden promised he’d govern as a ‘moderate.’ He lied.”

Congress has the authority to change the size of the Supreme Court, but the highest court in the land has remained at nine justices since 1869, over 150 years.

The president’s new commission will be led by two co-chairs. The first is White House Counsel and Yale Law School Professor Cristina Rodriguez, who currently serves as former Deputy Assistant Attorney General in the Office of Legal Counsel at the U.S. Department of Justice. The other co-chair is Bob Bauer, Professor of Practice and Distinguished Scholar in Residence at New York University School of Law.

“The topics it will examine include the genesis of the reform debate; the Court’s role in the Constitutional system; the length of service and turnover of justices on the Court; the membership and size of the Court; and the Court’s case selection, rules, and practices,” the White House said in a statement. “In addition to legal and other scholars, the Commissioners include former federal judges and practitioners who have appeared before the Court, as well as advocates for the reform of democratic institutions and of the administration of justice. The expertise represented on the Commission includes constitutional law, history and political science.”