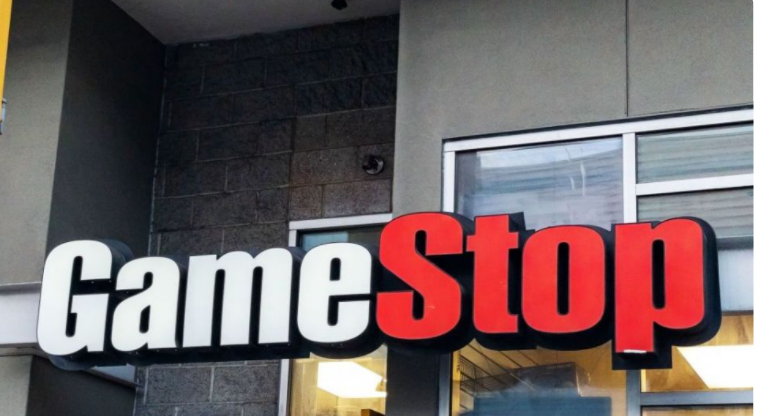 GameStop went on another stock market adventure on Thursday briefly crossing $450 a share before closing at $193.60. Behind the meteoric rise: Reddit users who have banded together to take on the Wall Street establishment.

The rebellion experienced a hiccup when individual investors found out some trading sites and apps had restricted transactions in securities of the beaten-up video game retailer, as well as the movie chain AMC and other companies. Robinhood, a popular investor app, prevented customers from purchasing more shares of several companies, but it’s allowing for “limited buys” starting Friday.

On Thursday morning, Twitter users began posting screenshots of their Robinhood app that showed a message appended to the pages of GameStop, AMC, Nokia and Bed, Bath and Beyond: “This stock is not supported on Robinhood.”

Robinhood explained the move in a blog post before trading opened. “In light of recent volatility, we are restricting transactions for certain securities to position closing only, including $AMC, $BB, $BBBY, $EXPR, $GME, $KOSS, $NAKD and $NOK,” the company wrote.

The company later sent an email to customers saying it would allow “limited buys” of those securities starting on Friday. Robinhood made the decision because of US Securities and Exchanges Commission regulations.

The @wsbmod Twitter account, which is tied to a Reddit community that’s been driving recent trades, said the freeze harmed small traders and favored the Wall Street establishment. “Individual investors are being stripped of their ability to trade on [the Robinhood app],” the tweet said. “Meanwhile, hedge funds and institutional investors can continue to trade as normal.”

A class-action lawsuit was filed Thursday in the Southern District of New York.

Webull, another investing service, tweeted Thursday that it had begun restricting trades on shares of GameStop, AMC and headphone manufacturer Koss. Webull cited the “extreme volatility” of the stocks limiting user transactions to closing positions. It later removed The company those restrictions.

US Rep. Rashida Tlaib, a Democrat from Michigan, called on the House Committee on Financial Services to hold a hearing on the trading service’s actions. She described Robinhood’s efforts as “market manipulation.”

Other members of Congress, including Rep. Alexandria Ocasio-Cortez and Sen. Ted Cruz, agreed with the call for a hearing.

TD Ameritrade, another brokerage, said Wednesday it would put restrictions on the trading of stocks for GameStop, AMC and others. The brokerage firm confirmed the restrictions, saying it made the decisions “out of an abundance of caution amid unprecedented market conditions and other factors.”

“In the interest of mitigating risk for our company and clients, we have put in place several restrictions on some transactions in $GME [GameStop], $AMC [AMC Theaters] and other securities,” TD Ameritrade said.

A TD Ameritrade spokesperson said the restrictions include increasing requirements needed to borrow money for stocks known as a margin and limiting transactions such as short sales.

Nasdaq CEO Adena Friedman told CNBC on Wednesday that the stock exchange would halt trading and investigate if it believed someone was manipulating the market. AMC is listed on Nasdaq, while GameStop is traded on the New York Stock Exchange.

William Galvin, secretary of the Commonwealth of Massachusetts, told Barron’s the New York Stock Exchange should “consider simply suspending [GameSpot] for a month.”

The SEC is also following the situation.

“We are aware of and actively monitoring the on-going market volatility in the options and equities markets, and consistent with our mission to protect investors and maintain fair, orderly and efficient markets,” the SEC said in a statement Wednesday. “We are working with our fellow regulators to assess the situation and review the activities of regulated entities, financial intermediaries and other market participants.”

This article was originally published on Robinhood to allow ‘limited buys’ on GameStop, AMC on Friday