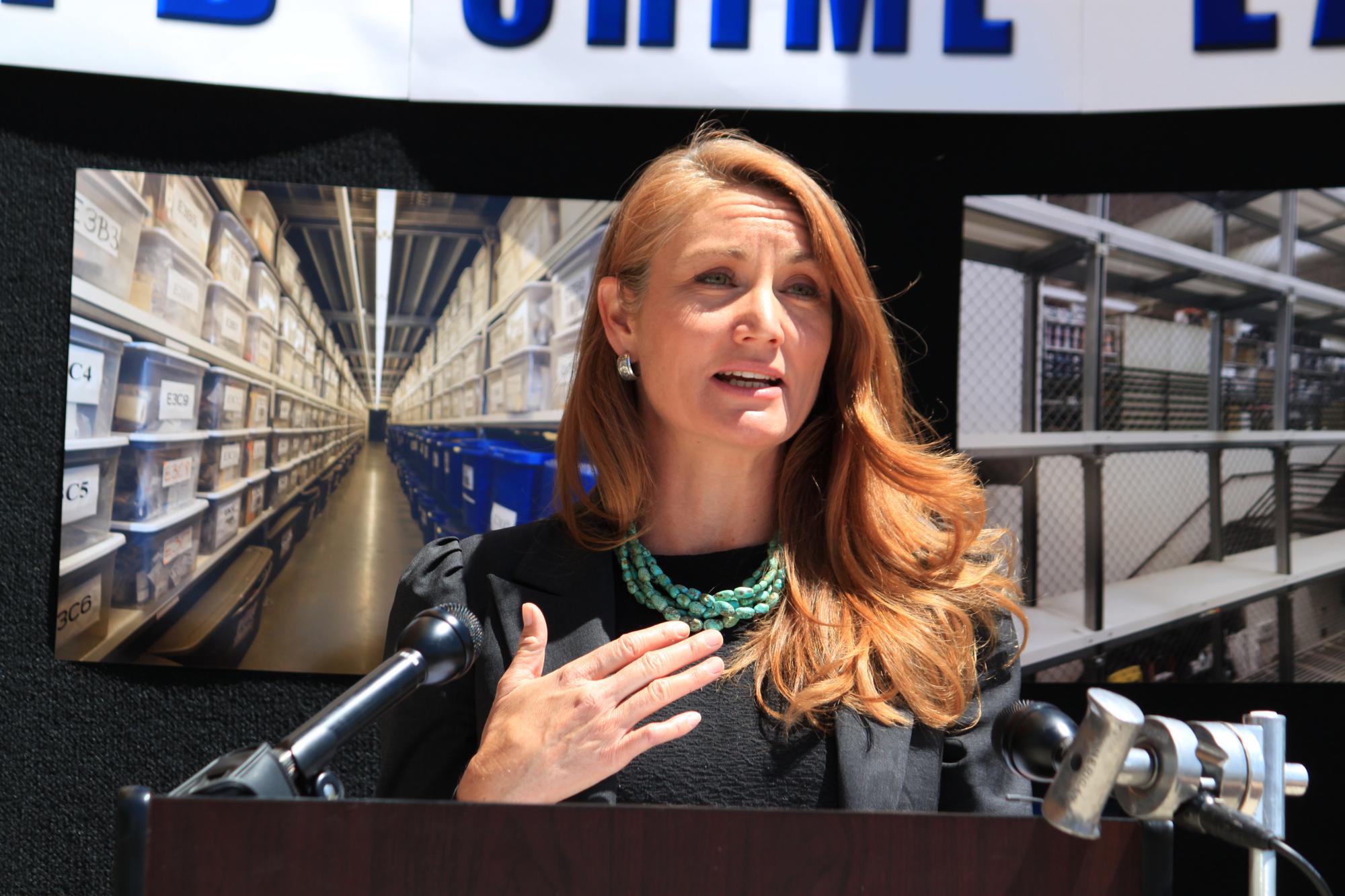 The special election was held in order to replace former congresswoman Deb Halaand after she was appointed and confirmed to the position of U..S. Secretary of the Interior earlier this year.

With 100 percent of precincts reporting, as of 11:46 p.m. Tuesday night, Stansbury’s votes accounted for 60 percent of all votes cast, while Moores had slightly 36 percent, Manning had one percent and Dunn had three percent.

Even though there were four candidates in the running, much of the unusually timed and expedited election cycle was largely focused on Moores and Stansbury. Both Stansbury and Moores are state legislators, Moores in the state Senate and Stansbury in the House, each serving moderate districts in Albuquerque. Two other candidates qualified as write-in candidates.

At an event in Old Town Albuquerque, where Stansbury supporters gathered to watch the results, U.S. Rep. Teresa Leger Fernández rallied the crowd with chants of “¡Que viva Melanie Stansbury!”

In her victory speech, Stansbury spoke about tearing up when she saw Halaand sworn in as Secretary of Interior, signalling what Stansbury said is a movement towards progressive change.

“This moment is not just about standing up, but about leaning into the moment and bringing fundamental change to our politics and to our country and to the kind of world that we want to see in these historic and unprecedented times,” Stansbury said.

Moores’ campaign mostly highlighted his time in the Legislature, his past as a University of New Mexico football player and the COVID-19 testing he did through a pathology lab he and his wife own. Stansbury positioned herself as a champion of environmental issues and someone who will fight for the working class and those who are struggling to make ends meet.

Stansbury’s campaign took aim at Moores’ business and the fact that while Moores voted against relief packages in the Legislature, his business took COVID-19 loans from the federal government. Moores on the other hand framed Stansbury’s platforms as extreme and too far left,with a large focus on policing issues.

A large majority of votes for Stansbury came from Bernalillo County and Moores won Santa Fe, Valencia and Torrance counties. Bernalillo County typically makes up over 90 percent of all votes in the 1st Congressional District

The race garnered national attention and Stansbury not only received endorsements from elected Democrats from across the state, but also from national politicians including U.S. Sen. Elizabeth Warren and President Joe Biden.

Democratic National Committee Chair, Jamie Harrison, issued congratulations to Stansbury just after she was declared the winner, but also a word of warning to Republicans.

“This victory should serve as a cautionary tale to Republicans across the country,” Harrison said. “Standing in the way of delivering for the American people is not what voters are looking for. New Mexicans proved that tonight.”

Stansbury’s move to Congress leaves her legislative seat open, which will be filled by an appointment from the Bernalillo County Commission, which at least one person has shown interest in.

During her celebratory speech on Tuesday night, Stansbury praised her campaign staff and volunteers for their work.

“Let’s put our hearts and our minds and our hands together and celebrate this incredible victory and the thousands of New Mexicans that made it possible,” Stansbury said. “Because tonight we celebrate and tomorrow we get to work.”

This article was originally posted on Stansbury wins special election