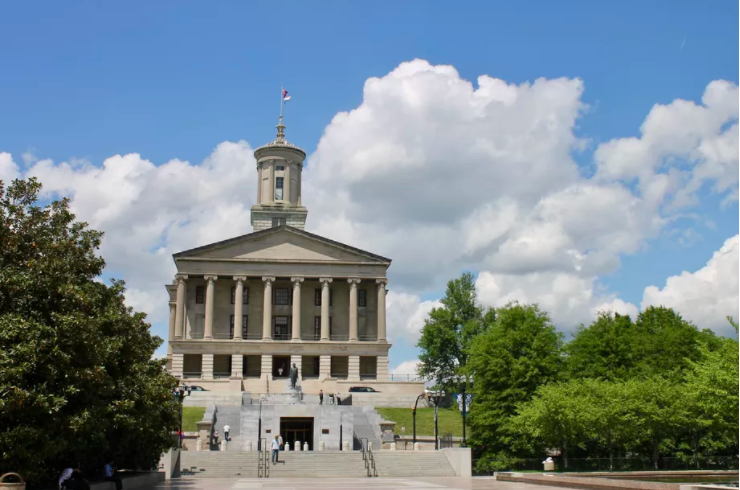 Calling the state’s system for funding public education “broken,” Tennessee Democrats on Thursday urged the legislature to fix it and make a major investment that would hire more school-based nurses, counselors, and social workers.

“We are in a crisis situation,” said Sen. Raumesh Akbari of Memphis, who chairs the Senate Democratic caucus. “It’s depriving our students of the resources that they need to be successful, and it’s driving teacher shortages.”

Laine Arnold, Lee’s spokeswoman, said later Thursday the governor stands by his legislative priorities. They include initiatives passed during a special session last month to launch summer school and tutoring programs to help students who fall behind because of the pandemic. Federal stimulus money will help pay for some of those.

But Democrats say Tennessee needs to invest at least $1 billion more from state coffers, including for wraparound services to support students from low-income families, just to move out of the bottom 10 states based on per-student funding. Despite almost a decade of new investments, Tennessee ranks 46th in the nation, according to research compiled by the National Education Association.

The two perspectives offer a sneak preview of arguments expected in October when a major legal challenge to the state’s education funding system is set to go to trial. In a nearly 6-year-old lawsuit, school districts in Memphis and Nashville contend Tennessee doesn’t allocate enough money for K-12 education, especially for its urban students. The state defends the system and contends that decisions about state funding for students should be left up to elected officials.

Democrats couldn’t provide an estimated price tag for their legislative package and said those numbers were still being researched. They are significantly outnumbered in Tennessee’s legislature and acknowledged they need bipartisan support to pass their proposals, a few of which mirror legislation sponsored in the past by Republican lawmakers. They also believe the majority of Tennesseans support more money for education.

“Every year, you will hear politicians from this state say that education is the most important investment we make, but we just frankly don’t live up to it,” said Senate Minority Leader Jeff Yarbro of Nashville.

His bill seeks to revise the state’s funding formula to ensure Tennessee gives students an adequate education instead of leaving local governments to take up the slack.

“There is just not enough money in the formula,” said Yarbro, saying there’s insufficient funds to hire enough teachers or pay for their full salaries. “It’s time that we start being honest with ourselves about that and take it on as the priority that we all say it is.”

A GOP spokeswoman responded that the Republican Party is proud of its record on education in Tennessee since taking control of the legislature in 2010.

“For generations under Democratic Party control, Tennessee was ranked near or at the bottom in education performance — by almost every metric,” said Darlene Schlicher, press secretary for the Senate Republican Caucus. “Republicans have fully funded [the state’s funding formula] and spent education dollars for the benefit of teachers and students rather than administrators and union officials. As a result, Tennessee became one of the most improved states in the nation in education.”

Lawmakers are to resume business on Monday. Legislative meetings were canceled this week because of hazardous weather-related travel conditions.