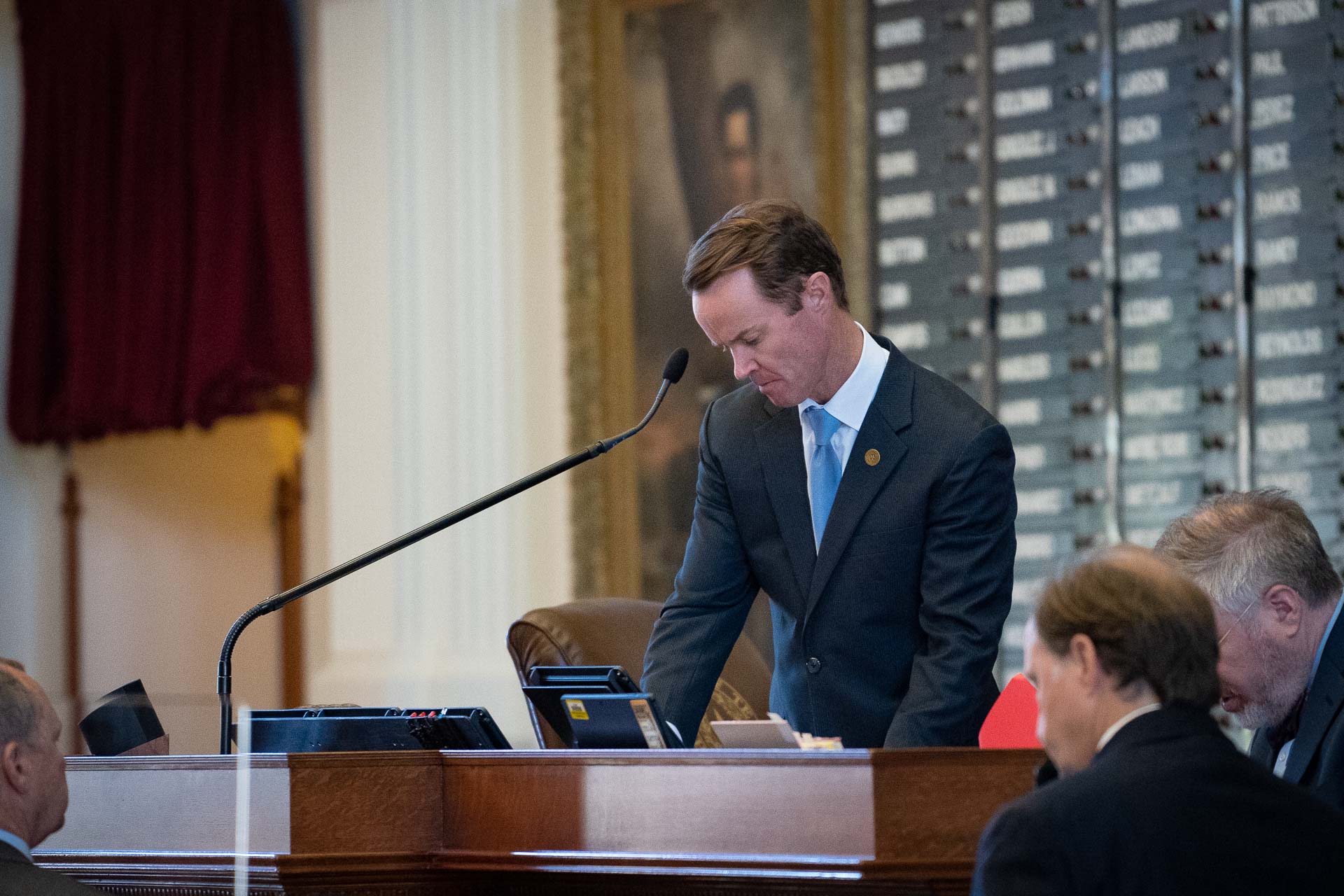 The Texas House on Monday fell just short of having enough members to begin conducting official business and voted overwhelmingly in favor of a procedural move that locked the doors of the chamber to prevent members from leaving in an effort to retain a quorum.

The move, known as a “call of the House,” signals the continuation of a weekslong impasse between Democrats and Republicans in the chamber over a GOP elections bill as the second special session gets underway.

This is the second time in recent weeks the majority Republican House has voted to issue a call of the House to wrangle Democrats, though members on Monday did not offer or debate a motion to enable law enforcement to track down members still missing from the chamber. During the first special legislative session that ended Friday, the House voted overwhelmingly for such a motion while over 50 Democrats were camped out in Washington, D.C., to block that elections legislation.

The elections legislation at hand would outlaw local voting options intended to expand voting access, further tighten the voting-by-mail process and bolster access for partisan poll watchers, among several other changes to state elections. Republicans have championed the proposal as “election integrity” that would bring what they argue are much-needed reforms to the state’s voting system, while Democrats and voting rights groups have criticized the proposal as a vehicle that would harm marginalized voters in the state.

Earlier Monday, a state district judge in Travis County granted a temporary restraining order to block the arrest of those quorum-busting Democrats, enabling those still out of state to remain in their locations without the threat of arrest.

The chamber came within five members of having a quorum Monday evening after at least four House Democrats who were in Washington were back on the floor, including state Reps. Joe Moody of El Paso and Mary González of Clint. Moody last month was stripped from his speaker pro tempore position by House Speaker Dade Phelan, R-Beaumont, as political retribution for joining his colleagues in Washington.

Under a call of the House, which was offered Monday by state Rep. Tony Tinderholt, R-Arlington, doors to the chamber are locked and members must receive permission in writing from the speaker before they are allowed to leave. The motion passed, 80-8.

As the House gaveled in Monday afternoon, there were 93 members voting “present,” with Phelan teasing that a quorum could be within reach as he anticipated “the arrival of several members within the hour.” Soon after, state Rep. Travis Clardy, R-Nacogdoches, and a Democrat — Eddie Morales Jr. of Eagle Pass — were shown to be voting as present as well, bringing that tally to 95 members, five short of a quorum.

Clardy, though not technically on the House floor, was in an adjacent room to the chamber after recently testing positive for the coronavirus. Under House rules adopted unanimously in January, members can cast votes for legislation “from a secure portable device” inside the chamber, in the House gallery or “in an adjacent room or hallway on the same level as the House floor or gallery.” Clardy was among a handful of other Republicans who were not on the floor Monday, contributing to the lack of a quorum.

The House has yet to have a quorum for the new special session which started Saturday, short about two dozen members, both Republicans and Democrats.

After the more than 50 Democrats left in July, the chamber has been unable to debate or pass legislation, rendering the first special session effectively moot.

That 30-day stretch of the first special session ended Friday, and the governor convened a second overtime round to tackle issues including the elections bill as well as a host of other items, such as doling out federal COVID-19 relief funds and changing the timeline for the 2022 primary elections. Democrats also walked out in the final days of the regular session which ended in May to block the elections bill.

While the Senate has moved at a breakneck pace already to pass legislation on Abbott’s special session agenda, it’s been less clear whether enough Democrats would return for the House to regain quorum.

As Monday’s developments in Austin played out, Democrats still in the nation’s capital expressed anger at their colleagues who had returned to Austin. Over the weekend, a group of 26 Democrats said they intended to remain in Washington to continue pushing Congress to act on federal voting legislation.

“you all threw us under the bus today! Why?” tweeted state Rep. Ana-Maria Ramos of Richardson. She tagged Democrats Moody, González and state Rep. James Talarico of Round Rock, who was also on the House floor Monday, in her tweet.

In a statement as the House gaveled in, Talarico said he had returned to the chamber floor “to work on the real issues Texans face,” such as tackling a recent surge in coronavirus cases and reforming the state’s energy grid.

“Since the beginning of the quorum break, I have been very honest about our options in Texas — we don’t have many,” he said. “This is by design. Under one-party rule: democracy suffers.”

Meanwhile, in the Senate, lawmakers there continued working through the special session agenda and approved legislation in the chamber to give retired teachers a 13th pension check, change the state’s bail reform system and give more property tax breaks to new homeowners as well as elderly and disabled homeowners.

In statements touting the passage of bills through the Senate, Lt. Gov. Dan Patrick castigated House Democrats for blocking the bills in the lower chamber through their quorum break. He vowed to pass the bills “over and over again until the House finally has a quorum.”

Senators also approved in committee a joint resolution to lower the quorum requirements from two-thirds in each legislative chamber to a simple majority. That bill now moves to the Senate floor and can be taken up by the chamber later this week. The attempt to change the quorum rules in the state constitution comes after House Democrats have broken quorum twice this year to block the passage of a Republican elections bill they say would restrict voting rights.

Even if that bill is approved by both chambers, voters still need to approve the constitutional amendment in an election.

Senators also held committee hearings to advance other bills that will likely be approved by the full chamber later this week. Among those was the election bill that Democrats oppose, which was approved along party lines in the Senate State Affairs Committee.

This article was originally posted on Texas House, just shy of a quorum, issues order to lock members inside the chamber