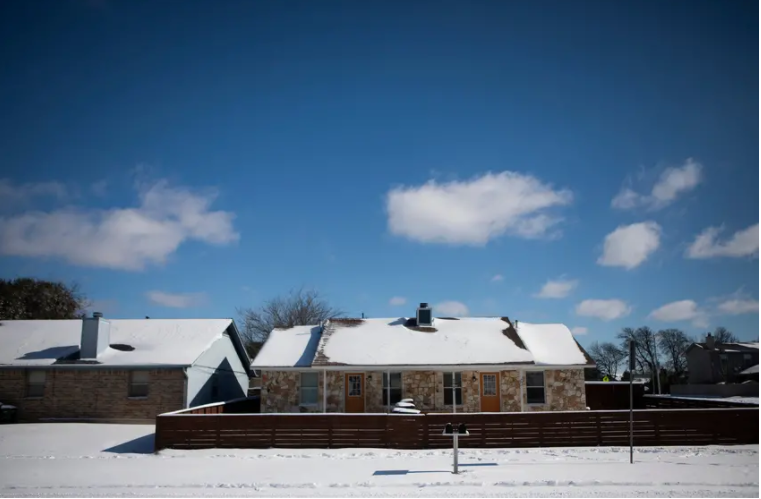 A Chambers County resident filed a class-action lawsuit against electricity retailer Griddy on Monday, accusing the provider of price gouging customers during last week’s freeze. She is seeking $1 billion in relief for affected customers.

Attorneys for Lisa Khoury said in the lawsuit that her bill spiked to $9,340 the week of the storm, compared to her average monthly bills that range from $200 to $250. Griddy drafted payments from Khoury’s bank account several times, according to the lawsuit, pulling $1,200 before she blocked further charges from her bank. She still owes thousands.

Griddy passes wholesale electricity rates directly to customers, who in turn pay the company $10 a month. This differs from fixed-rate electricity plans which offer a consistent rate regardless of market conditions.

But because of a price hike fueled by a shortage of supply and skyrocketing demand, some customers were faced with bills charging tens of thousands of dollars. While electricity bills are likely to rise across the board, Texans on variable rate plans faced immediate and alarmingly high prices.

“Energy prices should reflect scarcity of the supply,” the order stated.

Representatives for Griddy could not immediately be reached for comment. The electricity retailer addressed concerns of price gouging on its website and firmly placed the blame on the Public Utility Commission. The company states that it did not profit from raised prices.

“You effectively pay the same price as a retail energy provider or utility. No markups. No hidden fees. No contracts. That’s it,” the company stated.

Griddy warned its 29,000 customers last week of impending price hikes and encouraged them to seek out other electric providers. The company is offering customers a deferred payment plan to pay off balances over five months.

“At Griddy, transparency has always been our goal,” the company began a blog post on Thursday explaining the price hike. “We know you are angry and so are we. Pissed, in fact.”

Griddy has vowed to fight the raised prices, saying, “The market is supposed to set the prices, not political appointees.”

Gov. Greg Abbott has said scaling back the bills will be a top priority, and the state’s utility commission on Sunday took action to temporarily prevent electric companies from cutting power to customers who don’t pay and from sending out bills and cost estimates.

This suit is part of the latest in a flurry of suits filed related to damages from the winter storm. On Tuesday, Morgan & Morgan — a national plaintiffs’ firm with more than 700 lawyers — announced a class action lawsuit against the Electric Reliability Council of Texas, alleging that the operator “failed to plan for the cold weather, despite multiple clear warnings.”

Attorneys write that ERCOT refused to winterize equipment despite recommendations of both the Public Utilities Commission of Texas and the Federal Energy Regulatory Commission after other storms in 1989 and 2011.

The lawsuit was filed in the 133rd District Court of Harris County on behalf of “all retail customers within the ERCOT Region who lost electric services or potable water services during the week of February 14, 2021 as a result of ERCOT’s failure to ensure adequate generating capacity.”

“This was not the first time ERCOT has failed to plan and prepare for cold weather. But instead of learning the lessons of its past failures, ERCOT yet again disregarded its duties to its customers,” attorneys Mike Morgan and Rene Rocha said in a statement.

It appears to be the first class-action lawsuit filed against the operator.

Over the weekend, Houston attorney Tony Buzbee filed a lawsuit suing the ERCOT and energy providerEntergy for a total of $100 million on behalf of a family whose son died during forced outages last week. Buzbee said he plans on filing several more lawsuits against ERCOT and electric providers.

Litigation against ERCOT might face hurdles as the Texas Supreme Court is expected to weigh in this year on whether ERCOT has sovereign immunity which would shield it from some lawsuits.