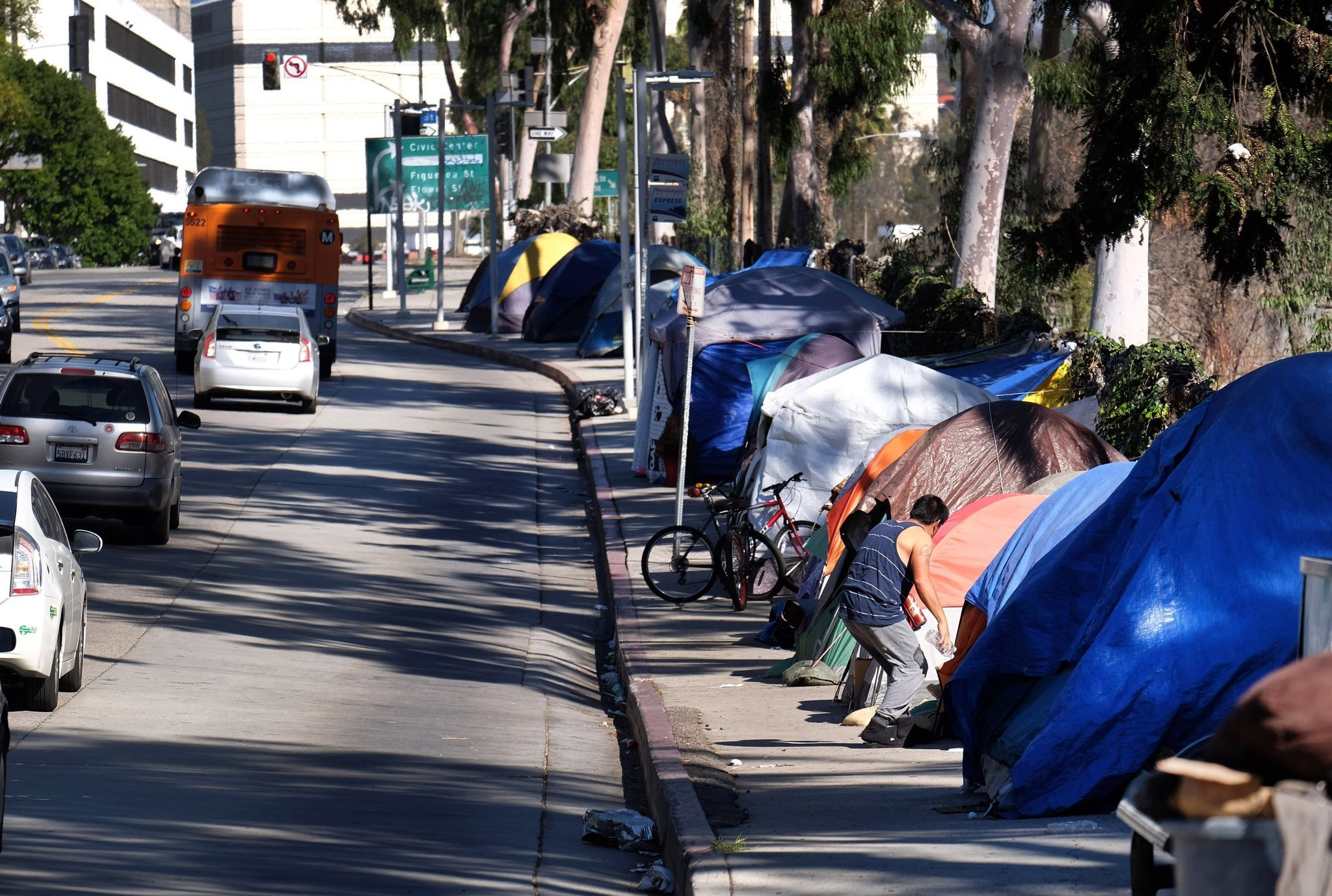 In 2016, influential political leaders, activists, and media outlets in Los Angeles said they had a simple solution to homelessness: build more housing. They claimed that rising rents had thrown people onto the streets and that by providing free “permanent supportive housing,” cities could reduce the number of people on the streets.

In response, 77% of Los Angeles voters approved a $1.2 billion bond for the construction of 10,000 units for the city’s homeless. That commitment made Los Angeles the key testing ground for the “Housing First” approach that has become the dominant policy idea on homelessness for West Coast cities.

In the years since, “Housing First” has taken even greater hold around the West Coast, as cities including Seattle and San Francisco are preparing to commit billions of dollars to a program whose track record remains woefully underexamined.

But the project has been plagued by construction delays, massive cost overruns, and accusations of corruption. The Los Angeles city controller issued a scathing report, “The High Cost of Homeless Housing,” which shows that some studio and one-bedroom apartments were costing taxpayers more than $700,000 each, with 40% of total costs devoted to consultants, lawyers, fees, and permitting. The project is a boon for real estate developers and a constellation of nonprofits and service providers, but a boondoggle for taxpayers. Meanwhile, unsheltered homelessness has increased 41%. Even if one accepts that permanent supportive housing is the solution, there are currently more than 66,000 homeless people in Los Angeles County.

These studies, however, are not as persuasive as activists suggest. Although the study of chronic alcoholics in Seattle does show a net reduction in monthly social service costs of $2,449 per person, this figure does not include $11 million in capital and construction costs for the housing units themselves; in other words, Housing First saves money if the cost of housing is not included.

Claims that studies show one-year retention rates of roughly 80% for Housing First participants are questionable. In a meta-study of three best-in-class Housing First sites, researchers found that 43% remained in housing for the first 12 months, 41% were “intermittent stayers” who left and returned, and 16% abandoned the program or died within the first year. These findings challenge the argument that Housing First is a long-term solution to homelessness.

Finally, advocates and the media have long touted Utah as the gold standard of Housing First. Yet Utah’s celebrated results were not the result of Housing First policies, but apparently clerical manipulation by state officials. According to the Deseret News and economist Kevin Corinth, “As much as 85% of Utah’s touted reductions in chronic homelessness … may have been due to changes in how the homeless were counted.” Moreover, between 2016 and 2018, the number of unsheltered homeless in Utah nearly doubled.

The recent debate about budgetary metrics of housing retention and cost reductions obscures a deeper question: What happens to the human beings in these programs? The results, according to the vast majority of studies, point to a grim conclusion: Housing First does not meaningfully improve the lives of the unsheltered homeless – the people in tents, cars, and on the streets – who often suffer from more severe challenges.

In theory, Housing First would address problems of substance abuse and mental and physical health. In every program, residents are offered a wide range of services. At the Pathways to Housing program in New York City, residents are served by an “interdisciplinary team of professionals that includes social workers, nurses, psychiatrists, and vocational and substance abuse counselors who are available to assist consumers 7 days a week 24 hours a day.” However, despite this massive intervention, the Pathways program shows no reduction in substance abuse or psychiatric symptoms over time – in fact, those conditions often worsened.

This basic finding is confirmed by studies showing that residents of Housing First programs show no improvement regarding addiction and mental illness. They are housed but broken, wracked by the cruelest psychoses, compulsions, and torments – all under the guise of medical care.

One explanation may be that Housing First programs operate on the “harm reduction” model, which allows residents to continue using drugs such as alcohol, heroin, and methamphetamine, and does not require mental health treatment as a condition of residency. Widespread addiction often becomes the norm within these programs.

Housing First advocates insist that their policy is working, but the real-world evidence from cities such as Los Angeles challenges this narrative. If Housing First has demonstrated anything, it is this: it provides a stable residential environment for the homeless to live out their pathologies, administered by the social-scientific sector – and subsidized by the public.