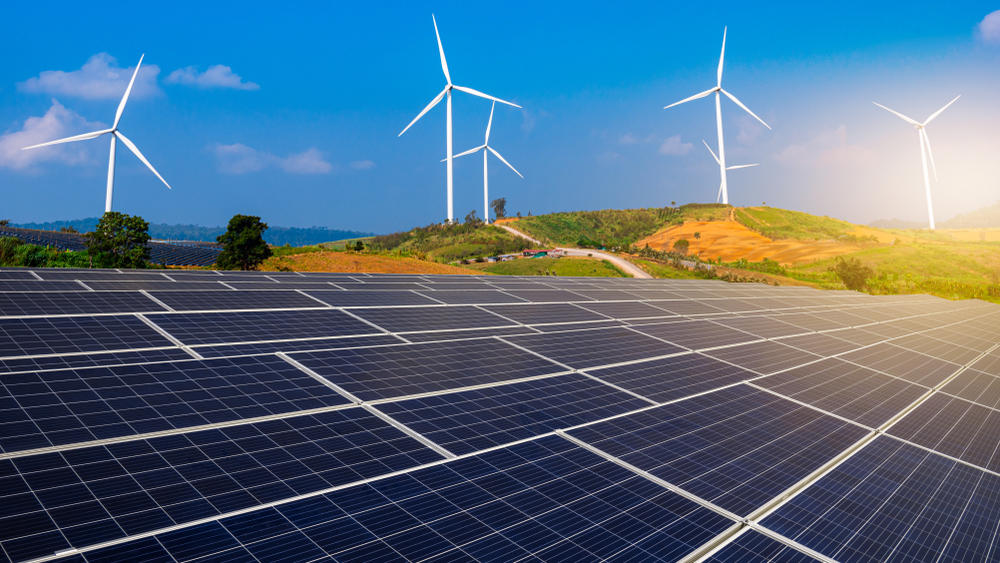 Many kinds of extreme events can disrupt electricity service, including hurricanes, earthquakes, floods, wildfires, extreme heat, extreme cold and extended droughts. Major disasters can leave thousands of people in the dark. The Texas deep freeze in February knocked out 40% of the state’s electric generating capacity.

During such events, unaffected regions may have power to spare. For example, during the February blackouts in Texas, utilities were generating electricity from hydropower in the Pacific Northwest, natural gas in the Northeast, wind on the northern Plains and solar power in the Southwest.

Today it’s not possible to move electricity seamlessly from one end of the U.S. to the other. But over the past decade, researchers at national laboratories and universities have been working closely with industry engineers to design an interstate electricity system that can. And President Biden’s infrastructure plan would move in this direction by allocating billions of dollars to build high-voltage transmission lines that can “move cheaper, cleaner electricity to where it is needed most.”

My engineering research focuses on electric power systems. At Iowa State University we have worked to quantify the benefits that macrogrids can bring to the U.S. These high-capacity transmission systems interconnect energy resources and areas of high electricity demand, known as load centers, across large geographic regions.

A national highway system for electricity

Dwight Eisenhower had been thinking about a national interstate highway system for decades before he was inaugurated as president in 1953. Eisenhower argued that such a system was “as necessary to defense as it is to our national economy and personal safety.”

Congress agreed and passed the Federal-Aid Highway Act of 1956, which authorized the federal government to pay 90% of the cost of this US$114 billion system, with states covering the rest.

Eisenhower was worried about evacuating cities in the event of nuclear war. The security argument for a macrogrid focuses on extreme events that disrupt the power grid. And the economic argument centers on moving wind, solar and hydro power from areas where they are plentiful to areas with high power demand.

Today the North American power grid is actually five grids, also known as interconnections. Two large ones, the Eastern and Western Interconnects, cover most of the lower 48 states and large swaths of Canada, while three smaller grids serve Texas, Alaska and northern Quebec. Each of these grids uses alternating current, or AC, to move electricity from generators to customers.

The Eastern, Western and Texas Interconnects are linked by high-voltage direct current, or HVDC, lines that make it possible to transmit power between them. These facilities are aging and can only transfer small quantities of electricity between grids. One way to think of a macrogrid is as an overlay that pulls together the existing U.S. grids and makes it easier to move power between them.

President Biden has proposed sweeping action to achieve a clean energy transition in the U.S., including making electric power carbon-free by 2035. This will require adding a lot of new renewable generating capacity over the next 15 years.

Wind and solar costs have fallen dramatically in recent years. Today power from new, large-scale wind or solar plants is cheaper than electricity from existing coal plants. Yet, renewables provide only about 21% of U.S. electricity.

A macrogrid would reduce the cost of electricity from new wind and solar plants in two ways. First, it would enable high-quality renewable power – mainly Midwestern wind and Southern solar, and potentially Canadian hydropower – to supply coastal load centers. It is cheaper to build transmission systems that can move this power over long distances than to generate it from lower-quality, weaker Sun and wind resources closer to cities.

Second, a macrogrid would make it possible to share energy production and grid services between regions. This strategy takes advantage of time differences due to time zones and the fact that electricity demand tends to peak at certain times of day, such as when people arrive home in the evening. And electricity prices rise and fall during the day with demand.

For example, at 3 p.m. Pacific Time, power demand is relatively low on the West Coast, which means the cost of that electricity is also low. Excess Western electricity could be used to supply demand on the East Coast, which peaks daily simultaneous with this 3 p.m. West coast “low” which occurs at 6 p.m. Eastern Time. Four hours later, when the West Coast hits its 7 p.m. Pacific Time daily peak, it would be 10 p.m. on the East Coast, which would have extra generation to share westward.

Capacity sharing also works because annual peak power demand occurs at different times of year for different regions. Each region is required to have access to enough generation capacity to meet its annual peak load, with some margin to cover generation failures. A macrogrid would enable regions to share excess generating capacity when it’s not needed locally.

This strategy provides benefits even when annual peaks in two regions differ by only a few days. When they differ by weeks or months, the payoff can be large. For example, power demand in the Pacific Northwest typically peaks in winter, so the region could borrow capacity from the Southwest and Midwest, where demand peaks in summer, and vice versa.

In a study that I published in 2020 with academic and industry colleagues, we showed that without a macrogrid it would cost more than $2.2 trillion from 2024 through 2038 to develop and operate the nation’s electric power system and achieve 50% renewable power generation in 2038. This includes the costs of adding 600 gigawatts of new generating capacity that would be almost entirely wind and solar; operating costs for remaining fossil and nuclear power plants; and building new AC transmission lines to connect new power plants to customers.

However, we calculated that if the U.S. spent $50 billion to develop a macrogrid, the total long-term cost of developing and operating the nation’s electric power system and achieving 50% renewable electricity in 2038 would decrease by more than $50 billion. In other words, by making it possible to share power across regions and deliver high-quality renewable power from remote areas to load centers, the macrogrid would more than pay for itself.

Some observers may worry that a nationally connected grid would be more vulnerable to cascading blackouts than our existing system. In fact, a macrogrid would actually be more reliable because HVDC provides increased grid control capability through its flexible converter stations.

Industry leaders and clean energy advocates are calling for the U.S. to pursue macrogrid development. But North America is lagging behind most of the world in developing interregional power lines to tap low-cost clean energy resources. And if $50 billion seems like a big investment, consider this: It’s also the estimated minimum cost of outages and energy price spikes during the Texas deep freeze.