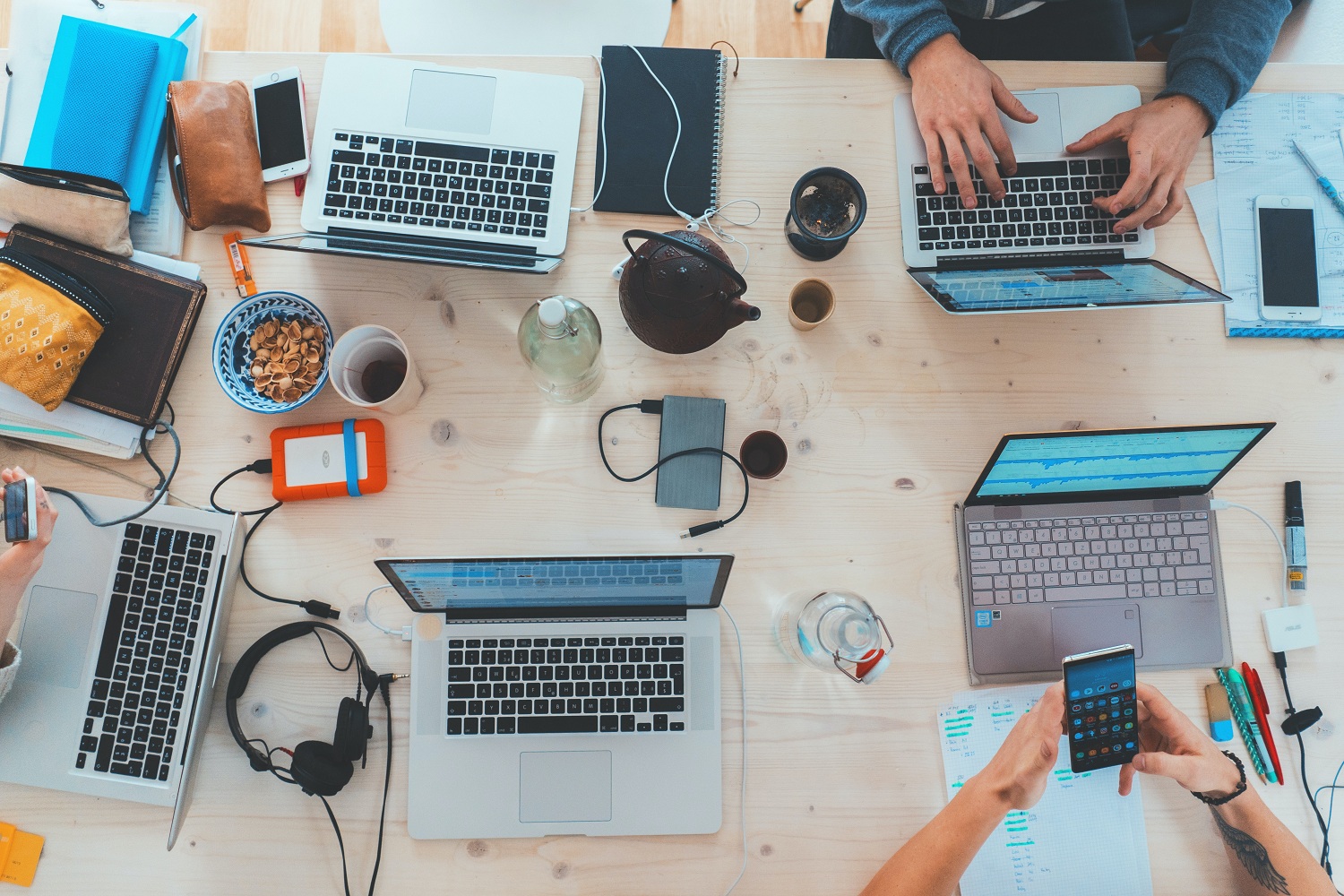 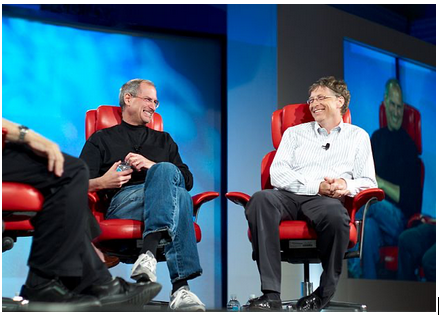 Whether you want to create a startup, launch a product, or invest in a company, being an entrepreneur is both a rewarding and trying profession. Most entrepreneurs experience a series of highs and lows throughout their careers, and sometimes it may be hard to keep a positive mindset.

Everyone needs motivation sometimes. As an entrepreneur, take comfort in knowing that the stressful situations you will likely find yourself in are a shared experience.

Successful industry professionals can offer the best wisdom regarding navigating this tumultuous career. Here are the top quotes every entrepreneur should live by.

“I’m convinced that about half of what separates successful entrepreneurs from the unsuccessful ones is pure perseverance.”

As the co-founder, chief executive, and chairman of Apple Computer, Steve Jobs understands what it takes to build a company from the ground up. After dropping out of college for the second time, Jobs, along with his partner, Steve Wozniak, began the company out of a garage in California.

Steve Jobs launched the era of personal computers and changed the way people experience technology forever. No matter how abstract the future may seem, he is a pioneer of persevering through to the end.

“The best advice I could give anyone is to spend time working on whatever you are passionate about in life.”

Richard Branson is a business magnate and investor as well as the founder of the Virgin Group. Today, he is responsible for over 400 companies, fulfilling his childhood desire to one day become a successful entrepreneur.

Branson is someone who has been set on pursuing business since a young age. He acknowledges that an essential factor of success is a deep-rooted passion that drives your actions.

If you love what you do, the hard work and dedication required to be successful will follow naturally.

“One of the huge mistakes people make is that they try to force an interest on themselves. You don’t choose your passions; your passions choose you.”

As the founder and CEO of Amazon, Jeff Bezos is someone who has completely changed the virtual consumer space and the way people buy the products they need.

Despite doubts from many that the concept would be a success, Bezos’ company has achieved wild levels of success, and he is one of the richest people in the world.

Bezos is another entrepreneur who exclaims the importance of following your passions. As he states, your passions choose you; regardless of what they are, allow them to guide you towards your individual success.

Here, Covey stresses the importance of listening attentively with the intent to absorb what the speaker is saying. Rather than waiting for an opportunity to impress through your knowledge, participate in the conversation with an eagerness to listen.

By doing so, you will become a better communicator and may even learn something in the process.

“It takes 20 years to build a reputation and five minutes to ruin it. If you think about that, you’ll do things differently.”

Warren Buffett is an investor and business tycoon, considered one of the most successful entrepreneurs in the world. As the CEO of Berkshire Hathaway, he understands the impact that maintaining a good reputation has on career longevity.

As an entrepreneur, public perception has an enormous impact on trust in business relationships. You want your partners to have faith in you and your abilities.

Buffett advises that you always consider the potential consequences of your decisions. In doing so, you will likely act in ways that are more aligned with career success.

“I was taught that the way of progress is neither swift nor easy.”

Marie Curie was a physicist and chemist who conducted pioneering research on radioactivity. As a woman working in science during the 19th century, she had to prove herself time and time again just to earn a seat at the table.

As the discoverer of radium and polonium, Curie had to go through long and tedious experiments in order to have made such massive contributions to the development of cancer treatments.

If along the way she had become discouraged by her failures or the perceptions of others, these treatments would have taken longer to be researched and executed. However, because of her dedication, Curie became a pioneer in the medical field and an inspiration for women wanting to become career professionals.

Curie acknowledges that progress does not come easily. In order to have a big impact, you need to be willing to persevere even through periods of repeated failure.

“I think a simple rule of business is, if you do the things that are easier first, then you can actually make a lot of progress.”

Mark Zuckerberg is a social media entrepreneur and the co-founder and CEO of Facebook. As the figurehead of such an enormous company, he knows how to work efficiently.

Zuckerberg follows the principle that you should work smarter, not harder. Checking off tasks from a to-do list is motivating, and the most productive way to approach completing such tasks is to tackle the simplest ones first.

Successful people understand how to get many things done. Progress comes through congregate efforts, and completing small tasks has a greater impact than often anticipated.

“Remember, happiness doesn’t depend on who you are or what you have; it depends solely upon what you think.”

Dale Carnegie was a writer and lecturer who developed courses in self-improvement, public speaking, and interpersonal skills. Through developing his programs, he earned a deep comprehension of how humans can achieve life and career fulfillment.

Carnegie understood that mindset is everything. Your attitude decides how you perceive the world around you, meaning that you have control over the way you respond to environmental factors.

If you allow challenges to your progress to affect your mindset and confidence, this will translate to your career interactions and relationships. The last thing a potential business partner wants to see is a lack of self-assurance.

Positivity through adversity can carry you a long way. Furthermore, the ability to do so indicates admiral strength while working through challenges.

“Don’t worry about being successful but work toward being significant, and the success will naturally follow.”

Oprah Winfrey is a talk show host, philanthropist, and television producer. Born in rural Mississippi, Winfrey had to overcome intense adversity in order to achieve the level of success she has today.

From a young age, Winfrey knew she wanted to become rich and famous. She recognized that wealth held power, and with it, she could accomplish everything she had ever dreamed of, including making a difference in the world.

Winfrey’s career was her way of executing her vision to help people. Through the Oprah Winfrey Foundation, the television personality uses her wealth to fund education, learning, and leadership development.

Rather than pursuing success, make a commitment to having a significant impact. In doing so, you are focusing on making a meaningful difference, something that holds more weight than striving towards wealth or recognition.

“The way to get started is to quit talking and begin doing.”

Walt Disney was an entrepreneur, film producer, and animator who is the creator of the widely-known Mickey Mouse cartoon and the founder of Disneyland and Walt Disney World.

Disney had big dreams for his corporation. His plans for Walt Disney World were not just for an amusement park; he wanted to create a magical community that reinforced the same magnetic appeal of his joyous cartoons and animations.

Disney knew that his vision would take a lot of effort to execute. So, instead of harping on the details, he began working.

As a result, he has created a media conglomerate that has influenced pop culture and animated film more than almost any other.

Preparing For The Future

There are many things you will need to consider during your career progression as an entrepreneur. You will have to develop a solid business plan, prepare for financial challenges, and commit yourself to your vision if you ever want it to truly take off.

Luckily, there have been many people along the way that can provide words of encouragement and wisdom gained through years of experience. When the process becomes difficult, know that you can overcome periods of stagnation through dedication to your original motivations.

Follow the advice of other entrepreneurs and successful predecessors. Use your passions to guide you, work diligently and efficiently, and prioritize having a positive mindset that promotes career attainment.

Your vision for yourself and the future of your business goals is not unattainable. If you have the courage to pursue them, you can have an impact that amounts to the accomplishments of the entrepreneurs that offered the wisdom discussed here.