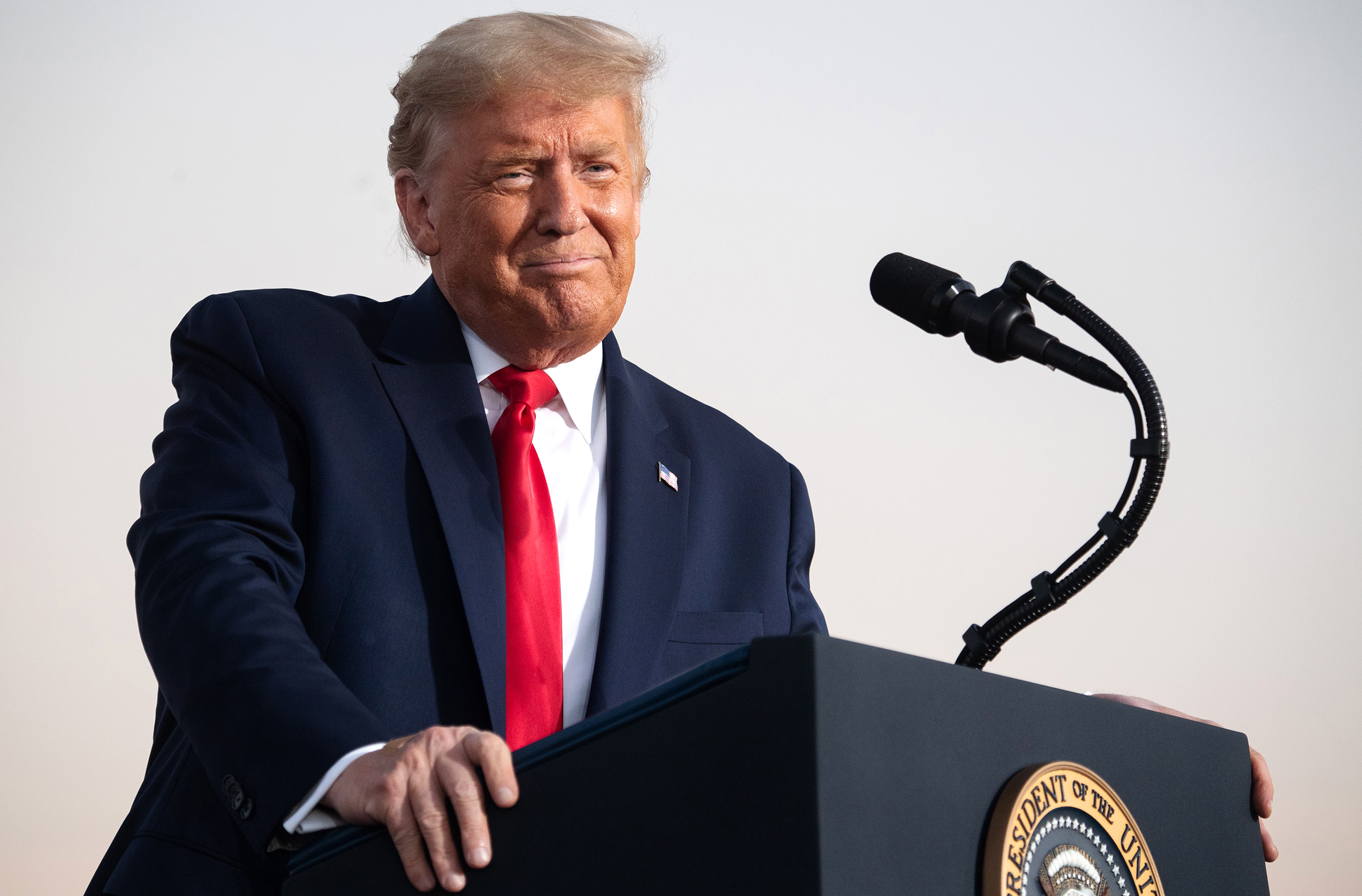 In a wide-ranging interview from the corner office atop his eponymous New York City tower last week, an unfiltered Donald Trump showed he has lost none of his edge as he attacked President Biden’s ethics, demanded reparations from China for COVID-19, and advanced his claim that the 2020 election was stolen.

Here are some of the highlights, as the former president held forth on a range of issues in his inimitable style.

Chinese Influence Over the Bidens, and America

Trump – whose administration was hobbled by false charges that he was beholden to Russian President Vladimir Putin – asserted that China has American politicians, “especially Biden and the son [Hunter Biden] … wrapped around their finger. They know so much about Biden that’s so illegal … [that the president] can no longer be a person that takes on China because they can blackmail him like nobody’s ever been blackmailed before.

“China has tremendous power over the Biden administration because of Biden himself,” Trump added. “There was tremendous money paid to the Biden family – not only China; there were numerous other countries too, and it’s not allowed to be spoken about.”

Trump did not provide evidence for these claims, although a U.S. Senate committee report on the Biden family’s business dealings raised questions about its involvement with Chinese, Russian, and Ukrainian nationals and entities. Information found on a laptop once owned by Hunter Biden – who is facing a federal investigation into his taxes – has also raised questions about the President Biden’s ties to his son’s questionable affairs.

“We were doing great with China. I was going to be doing things that would’ve put us on a course that would’ve been forever great, and now we have people – they almost can’t be tough on China because China knows too much about them,” Trump said. “It’s a very sad thing.”

With respect to the political class more broadly, Trump asserted that “China’s got the strongest lobbying machine you’ve ever seen. … You go to Washington and try and hire somebody to oppose China? Can’t do it. They’ve got everybody.”

Trump remains adamant that the results were illegitimate. “You’ve heard the expression that the person who counts the votes is far more important than the candidate, right? I never thought much about it; turned out to be right. It’s a corrupt election and you’ll never hear me say anything else. And they’re vicious. … They go after you for saying it.”

Although it is widely disputed that any alleged improprieties influenced enough votes to swing the election to him, Trump remains fixated on the mail-in votes that were counted late in the evening on Election Day in many states, eroding a larger-than-expected Election Day turnout by Trump supporters. He presented several charts showing the changes in the presidential vote counts – including those in swing states such as Pennsylvania – as election night wore on into the wee hours of the morning.

Later, the former president asserted: “I don’t believe that a message of defund the police, open borders, sanctuary cities, no freedom of speech … gets 50% of the vote. I think you get 50% because [Democrats] cheat like hell in the elections … and that’s what they want to do to the whole country.”

Denounced by Democrats and the media as a racist for blaming China for COVID-19, Trump feels vindicated as evidence emerges suggesting that the virus might have leaked from a Chinese virology lab in Wuhan. But he believes it was unintentional, likely a product of “gross incompetence.” What was intentional, in Trump’s mind, was the decision by Chinese leaders to allow its citizens to travel globally, which spread the pandemic. Trump has called for countries to cancel their debts to China as part of a down payment on a future reparations plan that he suggests ought to total some $10 trillion.

Trump said COVID-19 has exacted prices and affected history in ways that may be hard to measure. Before the pandemic, he said, he “had a great relationship with” with Chinese General Secretary Xi Jinping. But the “China virus killed all of that. … [It] killed a lot of people, it also killed my relationship [with Xi].”

Trump said he would not pull America out of the 2022 Winter Games in Beijing and neighboring Hebei province because it would be “unfair to the athletes.”

Describing the Olympics as “peanuts,” Trump also suggested that a boycott would be seen around the world as “sour grapes.”

Trump said the Biden administration has “totally lost control” of the U.S.-Mexico border. He also questions the wisdom of the administration’s plan to provide several billion dollars in aid to the Central American countries from which immigrants are flowing. “I refused to give them money, and their signs [say], ‘We love Trump, Trump won.’ They’re booing [Vice President Kamala Harris].” Meanwhile, “instead of saying we’re not going to pay you, [the Biden administration is] giving them $4 billion.

“I treated them so tough, and they liked me,” he said, adding that the Biden administration “treats them weakly.”

Trump asked, rhetorically, about the status of the federal probe into the origins of Russiagate led by Special Counsel John Durham: “Where the hell is Durham? Is that an embarrassment, or what? I wonder if Durham’s ever even going to come out with a report.

“They have him scared,” Trump continued. “Probably come out with a bad report. When I heard that he was going to come out with a report sometime during the Biden administration, I said, ‘You gotta be kidding.’ It’s a disgrace. In the meantime, we don’t hear anything about him.”

During the interview, President Trump focused on the success of the candidates he endorsed, and his continued endorsements – while describing Senate Minority Leader Mitch McConnell as a “stupid bastard.” Trump also touted his efforts to facilitate vaccine development through Operation Warp Speed and roll it out in short order as perhaps his greatest achievement. He also emphasized his toughness in deal-making with friends and enemies alike.

Over the course of the more than hourlong session, Trump gave the distinct impression that he is itching to get into the presidential race in 2024.