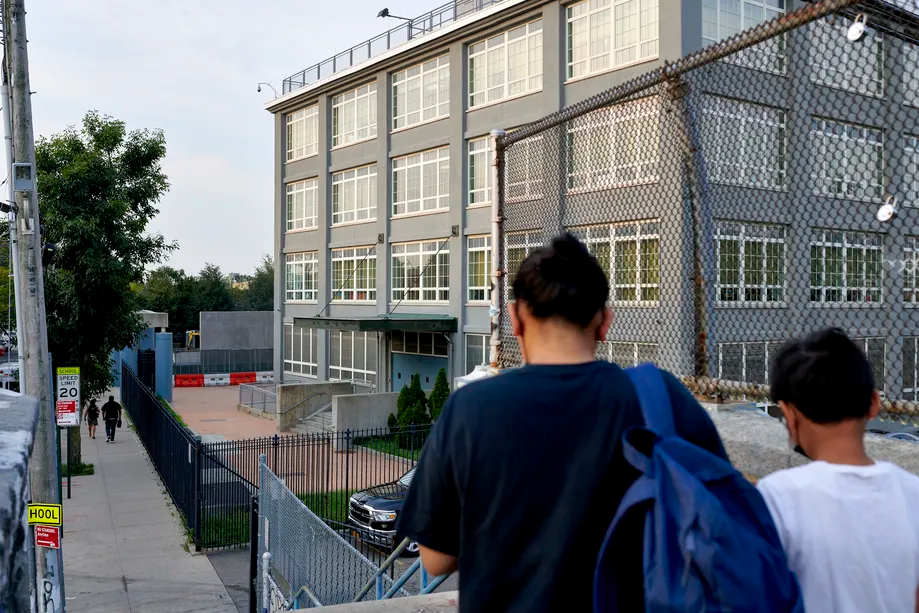 On Twitter, the U.S. News and World Report’s new rankings for elementary and middle schools were roundly castigated. “Truly just an appalling use of your time and expertise,” wrote one commentator. “This is terrible and will reinforce and exacerbate inequalities,” said another.

Elsewhere, the reaction was more favorable. The new metrics drew an avalanche of local news coverage listing an area’s top–ranked schools, with the rankings sometimes treated as if they came from a government source.

Some school districts promoted the results, too. Denver Public Schools, which serves mostly low-income students of color, heralded the rankings in a newsletter: “Several elementary and middle schools in DPS have been ranked among the top in Colorado in a brand-new ranking!” Each of its top 10 schools, according to U.S. News, serves mostly white, affluent students.

The response illustrates the continued appeal of ranking systems that use test scores to sort and classify schools, despite a growing understanding that the results often mirror school demographics — potentially reinforcing and exacerbating school segregation.

“There is no way that that is a good indication of whether that school is instructionally effective or not,” said Tom​​ás Monarrez, a researcher at the Urban Institute who studies school segregation. “It’s more noise in an already noisy environment.”

But, he said, “It’s very clear that there’s a demand for that product.”

U.S. News has long produced influential but controversial college rankings, which are a key source of revenue for the publication. It’s also ranked high schools for some time. This year, U.S. News created rankings of the country’s elementary and middle schools.

Half of a school’s score is based on the share of students who reached proficiency on state standardized tests. The other half uses the same data but compares schools to other schools that serve similar populations, by race and poverty levels. (The test scores are from 2019, the last widely available state exam data.)

Monarrez said that the overall approach is rudimentary and misleading. “Nobody that takes statistics seriously would have done something like that,” he said. A more accurate measure, researchers have long argued, would use academic growth to estimate how much schools contribute to student learning. The U.S. News rankings do not include a measure of growth or consider other factors, like attendance, safety, or diversity.

U.S. News defended its use of overall test scores with limited statistical adjustment, saying “we believe parents value environments where most children arrive prepared to learn and teachers can provide a culture of enrichment.”

In Colorado, all top 10 ranked elementary schools served few low-income, Black, or Hispanic students — less than 35%, and most far less. In California, a similar pattern held, with only one top-ranked school serving a significant share of those students.

In Mississippi, eight of the top 10 schools serve few Black or Hispanic students, though a number of highly ranked schools enroll significant shares of low-income students. A number of the top schools are selective programs that admit students based on their test scores.

An analysis by Aaron Pallas, a Columbia University sociologist, found that there was a strong correlation between New York City middle school rankings and family income, as well as students’ entering test scores. That suggests that the rankings are largely identifying schools already perceived to be effective.

U.S. News analyst Eric Brooks acknowledged that there is a correlation between the rankings and school demographics, but emphasized that there are exceptions.

Brooks pointed out that in Georgia, the top-rated middle school — a selective enrollment program in Jonesboro — serves mostly low-income Black students. All the other top-ranked middle schools in the state serve far fewer children from low-income families.

Chantal Hailey, a professor at University of Texas at Austin, worries that the rankings will exacerbate — or at least affirm — existing racial biases. She’s found that white parents are reluctant to send their child to a school with a lot of Black students, even when schools have similar graduation rates and levels of safety.

Research suggests that, if U.S. News’ rankings are widely used, they could lead to more racial and economic segregation in schools and in housing. One study found that when the popular rating website GreatSchools rolled out its ratings in an area, housing prices around highly rated schools increased. Those areas then drew in more white, Asian, and high-income families.

Other research has found that Florida’s state ratings drove up housing prices around schools that received an A grade, and those schools attracted more advantaged families. And in a recent survey experiment, parents were more likely to say they would move to a district with a higher share of white and high-income families after being provided data on test score proficiency.

“Parents really want to send their kids to the best school — and a lot of the forces that we have out there are pushing white parents into whiter schools,” said Shira Korn, a researcher who has studied how families choose schools.

Brooks argues that the rankings actually offer a countervailing force. “Without data-based rankings many parents may rely on heuristics like the wealth of their school districts to predict quality,” he said. “U.S. News’s rankings disrupt this by letting math and reading scores speak for themselves while adjusting for students demographics.”

Regardless, it remains an open question how much of an impact the U.S. News rankings will have, given the crowded marketplace.

GreatSchools boasts of tens of millions of annual page views, and has partnerships with real estate websites. A 2019 Chalkbeat analysis found that GreatSchools ratings were also closely tied to students’ race and income. It has since tweaked its formula to place more emphasis on student academic growth, although proficiency scores that are highly linked to demographics continue to play a role in the ratings. Other ratings sites include Niche and SchoolDigger.

One recent effort to overhaul the way schools are rated has struggled to gain traction. Tom Brown, a Chicago-based realtor, started the website SchoolSparrow to offer ratings that do not systematically favor high-income schools. ​​”Other school rating sites obscure the truth about public schools,” the site says.

So far, though, Brown said he hasn’t gotten outside funding or convinced real estate sites to adopt his ratings. Pageviews for the site have been anemic: 2,500 over a recent 30-day period.

Meanwhile, states and districts aren’t taking the lead. Many state report cards are difficult to understand or access, not available on phones, and not translated into languages other than English.

All that leaves many parents sorting through a sea of information.

Ramie Johnson, a New Orleans parent who works for the group EdNavigator, which helps families choose schools, says she’s wary of the new U.S. News rankings and hasn’t found their high school rankings helpful previously. Many of the top high schools are selective admissions and out of reach for most students.